2008's drawing to a close, and it's Christmas Eve right now. Not that Christmas really means much to me, but I thought this will be the best time to take a look at the top twenty most-viewed posts of the year. As much as I intend to lessen the number of film reviews I write (I find it increasingly difficult to write them), they are still, ironically, the most popular posts in this blog, especially the Japanese films.


I was also surprised by the sudden surge of readers from Philippines in recent months, most were here for the KURUS-related (also known as DAYS OF THE TURQUOISE SKY) posts. Have to thank Carmen's ascent to superstardom in the country. If we ever make a KURUS sequel, perhaps we'll make it in Philippines.

1) Swifty Reviews 'Cyborg She / My Girlfriend Is A Cyborg 僕の彼女はサイボーグ'

Although the film performed only modestly in the box-office, my review of it is (by far) the most-read blog post of the year. You see the expression on that guy's face above? That's how perplexed I was too. 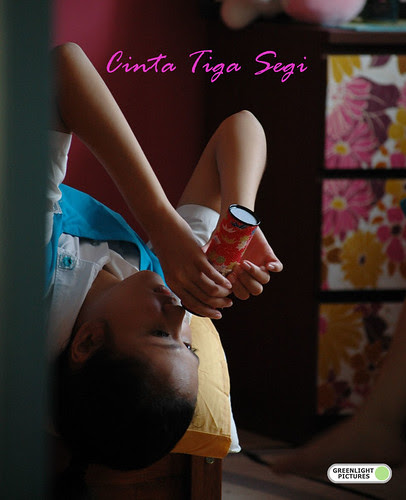 CINTA TIGA SEGI, a telemovie I co-produced and edited was first aired on NTV7 in January. People either really loved the stills, or they came in thinking it was something else... 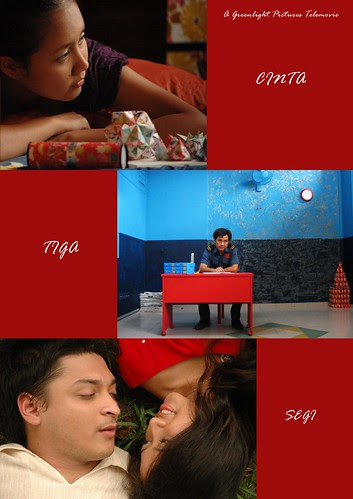 However, the telemovie did generate some rather nice responses on the day it was aired as seen on the open thread I started.

People probably liked to see how I ripped this film apart. Even the biggest Jay Chou fans weren't too happy with the film, I guess.

5) Swifty Reviews 'Ponyo On The Cliff By The Sea 崖の上のポニョ'

Hayao Miyazaki's latest film does not disappoint. At all.

When Hong Kong legend Lydia Sum passed away earlier this year, I recounted the day I met in Singapore, 4 years ago. 10) Photos from KURUS Press Conference 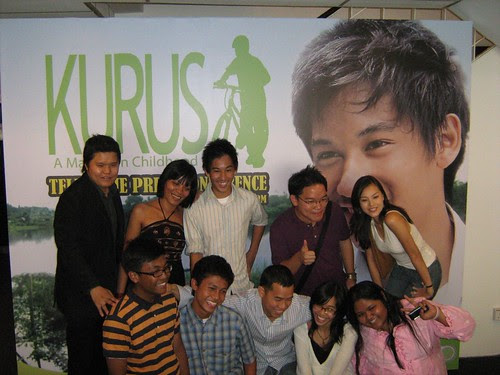 Oh, I'm sure people were really interested in seeing photos of me in this post, and not the lady in white next to me. 11) Swifty Reviews 'Gone Baby Gone' And Discusses Its Ending A really good film elevated by its much-discussed ending. 12) Carmen Soo and KURUS Featured on Metro Harian (2 Feb 2008) 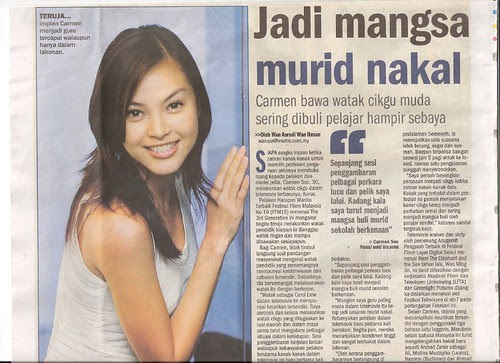 Fine. I guess Carmen had really stolen my thunder in my own blog. 13) Swifty Reviews 'An Empress And The Warriors 江山美人' I wasn't really kind with this film 14) Babes of Tokyo Game Show 2008 People were definitely reading this post because of the quality of my writing, I hope. 15) Swifty Reviews '20th Century Boys 20世紀少年' Good enough for me to look forward to part 2, which is coming out end of January 2009, but I might have returned to Malaysia by then : ( 16) *sigh* Dawn Yang and I Are Irrevocably Linked. After Carmen stole my thunder, this blog's unofficial mascot Dawn Yang came in to steal my thunder too.  17) SPEED's reunion segment at Nippon Television's 24 HOUR TELEVISION / LOVE SAVES THE EARTH 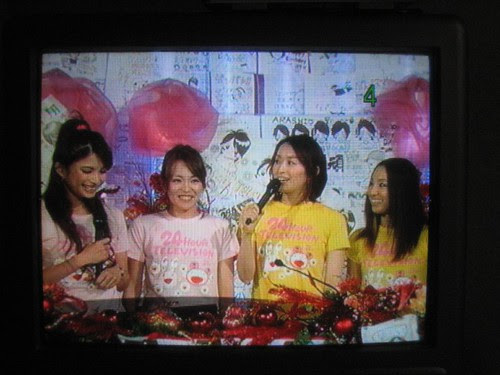 That day, I was glued on television, watching that 24-hour show, waiting for the return of my teenage love. I have mixed feelings about their latest single though.  18) Swifty Reviews 'CJ7 長江七號' Decent film, but somewhat underwhelming due to the hype and anticipation. On the other hand, I'm not really that interested at seeing whether Stephen Chow's gonna do GREEN HORNET. The Hong Kong film industry probably needs him more anyway.  19) Quick thoughts on the Spring 2008 Japanese doramas I'm watching now

Spring 2008 was the last time I actually bothered to follow the TV doramas here. Haven't touched the TV much since then. 20) Swifty Reviews 'The Sky Crawlers スカイ・クロラ' Another brilliant animated film I was fortunate enough to catch in cinemas this year. Funny that two of the best Japanese films I saw this year were animated ones. Mamoru Oshii's latest is now playing in festival circuits (including the recent Dubai International Film Festival). I try to pretend that the omnibus film Mamoru Oshii was also involved in, KILL, had never happened. By the way, I really liked Ayaka's ending song, Konya mo Hoshi ni Dakarete (今夜も星に抱かれて, Wrapped in the Stars Tonight).
Email Post
Labels: Random Dawn Yang stuff