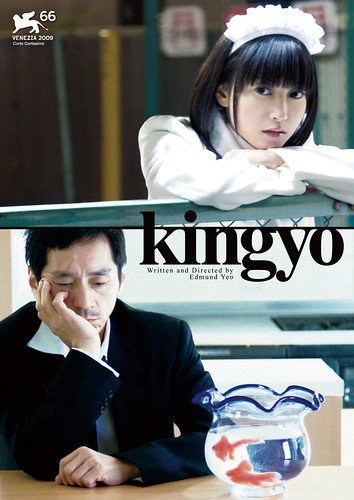 Synopsis:
A university professor decides to go for a tour in Akihabara, guided by a young woman dressed up like a French maid. As they both walk through the streets of modern Tokyo, the man and the young woman gradually speak of a past they both share, and ultimately a painful love triangle that continues to haunt them. A poetic rumination in love, memories and loss told almost entirely with split screens.

Cast:
Luchino Fujisaki as the woman
Takao Kawaguchi as the man
Qyoko Kudo (credited as Amane Kudo) as the man's wife