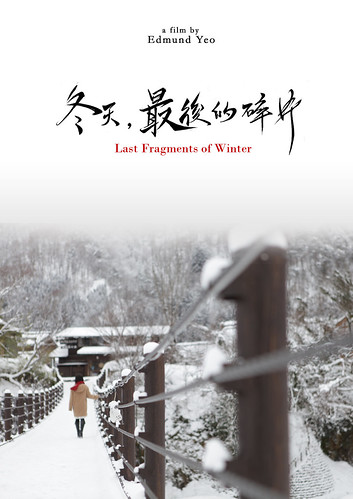 Synopsis:
A dreamlike cinematic poem about a family. A boy runs an errand for his mother and realizes that she is dying. A man attends the funeral of a former lover and speaks to her ghost. A woman learns to appreciate the little things around her in everyday life. Meanwhile, in another place at another time, a young girl tries to photograph an incredibly beautiful snow landscape. She then finds an antique watch buried in the snow...

Cast:
Berg Lee as The Man
Tan Ley Teng as The Woman
Arisa Koike as The Girl In The Snow