Steven Spielberg's MUNICH is one of his best 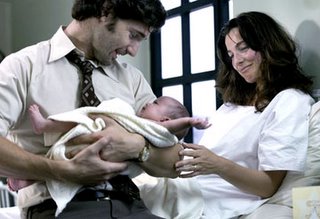 Despite my initial ravings of War of the Worlds, in retrospect, it isn't one of Steven Spielberg's finest films (it's one of those rare films reviews of mine that I would want to rewrite if I am allowed to). Yes, it has some stunning set pieces, some decent acting, some chilling scenes, but basically, Spielberg was just recycling his bag of tricks, and despite the fact that I had tried defending the film ending (what happened to the aliens in the end was based on the book anyway), it was still a pretty bad ending (what happened to Tom Cruise's son was NOT based on the book). And after King Kong, I can't help but realize how shallow an experience War of the World was when compared with Peter Jackson's near-masterpiece.

But Munich is a surprising film. the 2.5 hour long film was made in a few short months, and released amidst much controversy. Israel condemned the film, claiming that Spielberg was 'no friend of Israel'. The Palestinians did the same, accusing Spielberg of attacking them. Spielberg, despite being a Jew, did not take any sides in this film, hence the controversy and condemnation.

This is a story of the Munich massacre, when Israeli hostages were murdered by Palestinian terrorists during the 1972 Munich Olympics, and then the aftermath, when a team of covert operatives was assembled by Israel for a mission of revenge against those who had a hand in plotting the massacre. These revenge operations are called Operation Wrath of God and Operation Spring of Youth, but the team members in this film are fictional, the leader of the team is Avner (Eric Bana), the film's protagonist, a man who has to accept this mission while his wife was 7-months pregnant.

The mission will last for months, then years, as Avner and his men travel around Europe, hunting down their targets. However, this is not a generic Hollywood thriller with a bunch of 'good guys' performing all kinds of superheroic feats to finish off the one-dimensional 'villains' who want to destroy the world. This is a film where there is no clear distinction between 'good guys' and 'bad guys', no such thing as good and evil, just normal humans with humanly flaws of their own, fighting for what they believe in.

This is a very unSpielberg film, unlike his previous serious attempts like Schindler's List or Saving Private Ryan, there is no reassurance at all in 'Munich', no sentimentalism nor bittersweetness to make audiences smile when credit is rolling. Unlike the US soldiers in Saving Private Ryan or Oskar Schindler, the men in 'Munich' aren't larger-than-life heroes, they are just some random people placed in claustrophobic situations where they start to lose parts of their humanity as their mission goes on. What makes the film chilling is that although audiences are supposed to root for the men in the team at the beginning, their increasing discomfort and growing paranoia during their mission make them less human. It also has to do with the fact that the Palestinian targets are given a face, that they are all normal people with their own jobs, idealogies and families. It becomes increasingly difficult for a viewer to label one side as the 'good guys' and the other as the 'bad guys', everything is just based on one's perspective.

Avner and his men aren't typical action heroes, they commit all kinds of ugly mistakes during their mission, like blowing up buildings and hurting anyone who gets in the way during their assassination attempts. Their sanity slips slowly away, and they try dehumanizing their targets by ceasing to question the morality of their actions, which dehumanizes themselves as well. Conflict resolved by violence is always ugly, to achieve peace via violence is impossible. There is no peace at the end of this. And the realization of this is what makes Avner's mission so bleak and depressing. All they can do is regard their mission as a job they have to finish.

Despite the early backlash and exclusion from many early awards shows, Munich managed to get five Oscar nominations, including Best Picture and Best Director. In my own opinion, it is deserving of these accolades. The action scenes, under Spielberg's direction, are suspenseful and intense, but it is the acting, especially Eric Bana's that make it such a compelling film. Despite not being nominated for an Oscar, his performance is one that is deserving of a nomination if this year had been less competitive. On the other hand, the next James Bond, Daniel Craig, is intriguing enough to soothe many of my worries about the upcoming Bond film (but then, with Eva Green as the new Bond gal, it shouldn't be that bad).

This is a dark movie, and definitely not a feel-good one, it makes The Constant Gardener seem like a cheerful romantic comedy... but if you can handle it, it's worth a look.