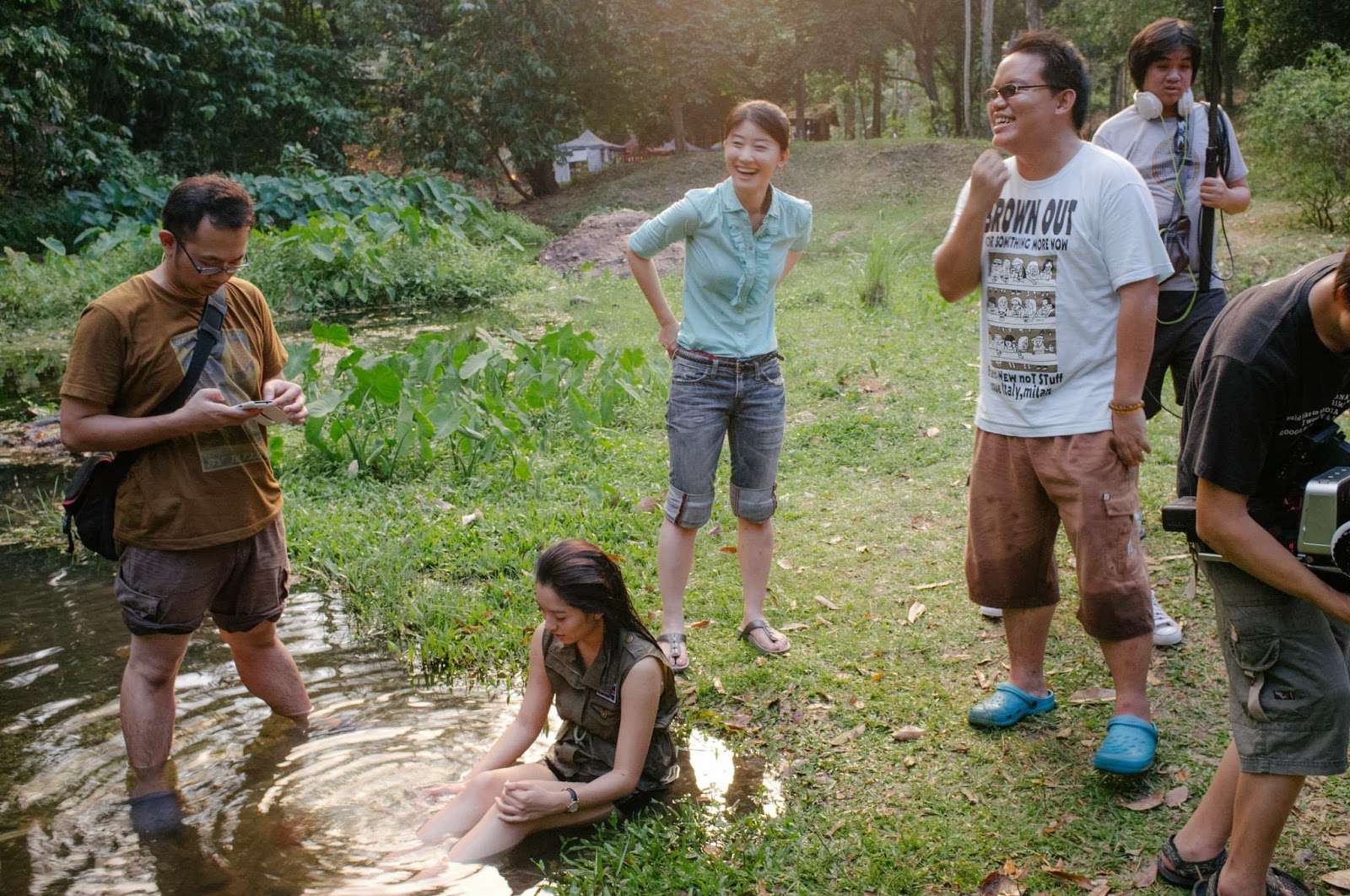 Due to the episodic nature of the film, THE RIVER OF EXPLODING DURIANS film shoot is divided into three phases, with a rotating cast and crew.

My team members had some pretty cool collection of photos from Phase 2.

Aside from the epic school scenes, I shot in an abandoned mansion.


Then we shot on a boat.


On a burnt paddy field.


February 14, the last day of Phase 2. I spent half the day doing an action scene.


Group photo of the entire gang involved in Phase 2.