A farewell to my second home in Tokyo, a revisiting of memories. 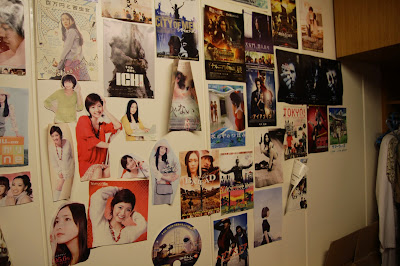 I have finally returned to Malaysia today after taking a 10-week sabbatical in Tokyo (needed to recuperate from the RIVER OF EXPLODING DURIANS shoot, while enjoying the cherry blossoms season).

During the last few weeks, I have been cleaning up my room in Tokyo, the same dorm room that I've been staying at since 2008. Even though I finished my doctorate last March, I had yet to officially check out from this room because I had so many things in it. This time, I was supposed to put an end to this chapter of my life.

In 2008 to 2010, my wall was covered with film flyers that I collected from cinemas and film festivals, and also photos of nice celebrities. Since I was going to live such a solitary life, I figured that having some happy-looking faces around me would lighten up the atmosphere.

Aside from that, I wanted to be surrounded by cinema. I finally stopped when I ran out of place to paste these pictures.

Knowing that my time in this room was coming to an end, I took these photos last year, to remind myself what the walls looked like. I couldn't help but marvel at my own handiwork. 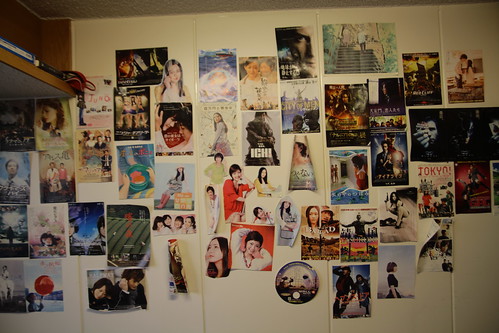 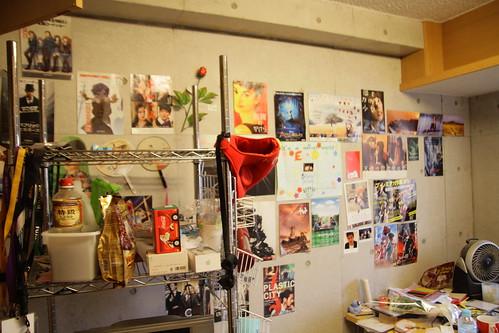 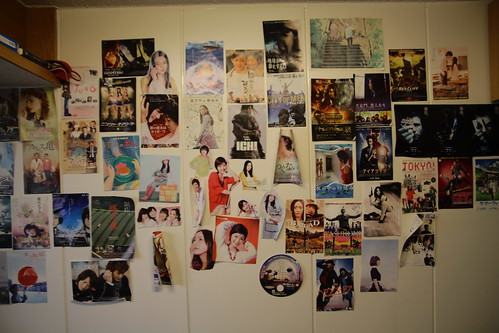 It was easier than expected to clear the walls, until all that remained were nice mementos from my 5-year stay in Japan. 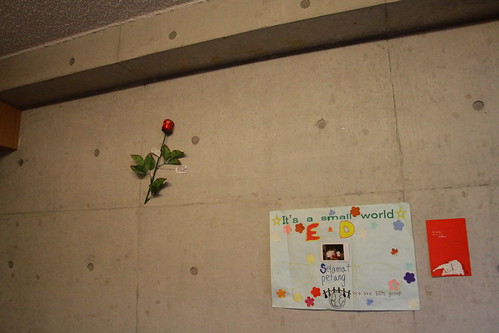 A T-shirt that was given to me by course-mates after my graduation from Masters in 2010. They, along with the professors and teachers, had left signatures and messages for me on the shirt. 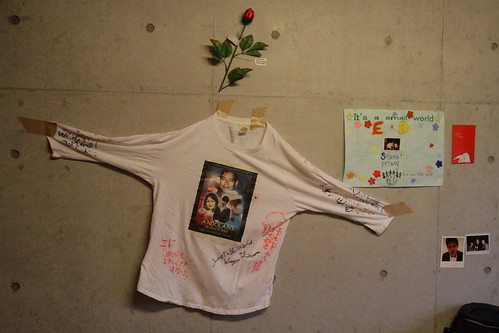 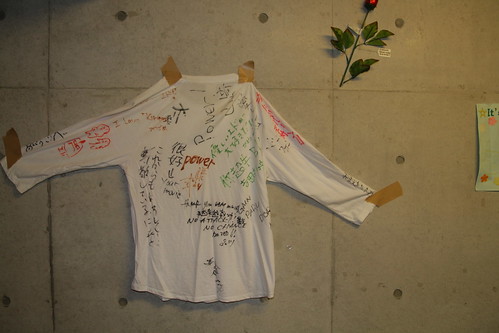 I've been keeping it in my room since then.


Another one was a rose given to me by the crew members after the KINGYO shoot in Janaury 2009. That was my very first Japanese-language short film, my first ever Japanese production. It was the first time I've ever been exposed to such a thing, where the cast members, the director and producers would receive bouquets of flower (or in my case, a lovely replica of a rose) during the end of a film shoot. 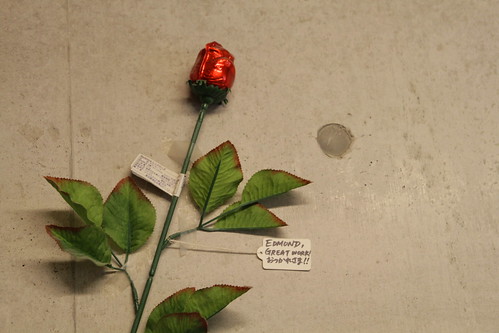 I also loved the fact that in most Japanese productions, people would gather a circle, and allow the opportunity for the cast members, director, producers to give a public speech thanking the rest of the team, sharing the feelings of their experiences etc. I never had that before when I was filming in Malaysia (or Australia). Since the Kingyo shoot, I would try my best to implement this closing ritual on any productions that I'm involved in, either as a director or a producer. Unexplainably strong bonds are formed during film shoots, where team members pretty much function as a family.

This rose taught me that. Even though I'm not bringing it back to Malaysia with me, I will not forget.


Finally, in mere hours before I checked out, I removed the oldest memorabilia from the wall. An artwork made by a few 13 year olds during a 3-day English-language camp in Nasu back in summer 2008.

Because the time was so brief, my memories of the camp are vague, all I remember is that we had to go through a few activities in English with these junior high kids who were finally learning English for the very first time. There was also some hiking.

Towards the end of the camp, the students have to make something for the instructors (tutors? I can't remember what we were called) as a token of gratitude. And perhaps, remembrance. So there's a polaroid picture of me and the kids, and speech bubbles around with my personal trivia they gathered after having an "interview session" with me (my home country, my favourite sports, favourite colour, hated animal) Then they asked how to say "good evening" in Malay, so I said "Selamat Petang", and they wrote that under the photo.

Most of what they have written have faded away, I think now that they are all 19, they are probably already in university or something. Funny how the gift lasted so much longer than the experience itself.
(I wrote a bit about the Nasu camp back in August 2008, posted some photos too) 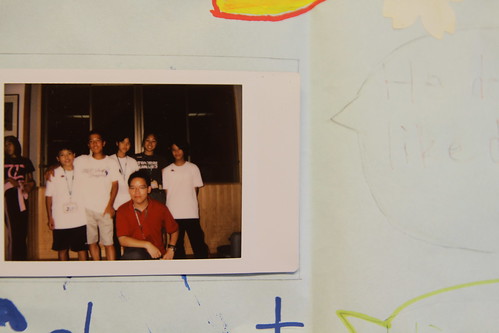 I took one more photo of the room, before I checked out and caught the bus to the airport.

By then, everything was already gone. 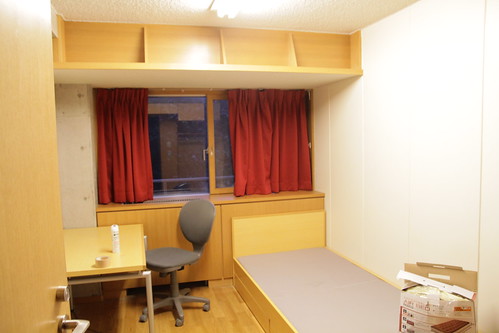 Half a decade living in the same room, no matter what they would always be some sentimental attachment. After taking the photo, I figured that was probably going to be my last glimpse of the room.