Lost a friend on MH17 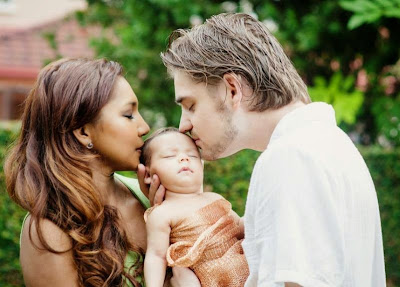 Yesterday, a Malaysian Airlines plane crashed in Ukraine. It was shot by a missile.

Just now, I found out that I someone I know was actually on the plane.

Her full name was Shubashini Jeyaratnam, but I knew her only as Shuba (Shuba Jaya was her stage name). She was on the plane with her husband Paul and her baby daughter Kaela.

I first met Shuba in 2007 when I was helping a friend out with his short film. Shuba came to audition for a supporting role. After it was over, I honestly thought she was good enough for the lead role.

The last time we met was early 2009, I was back briefly from Tokyo. She was hoping that I could cut out some clips from the aforementioned short film so she could use it for her showreel. We met for lunch so I could pass her the files. That was the last time I met Shuba in person.

However, back in May when I was in Tokyo again, I was suddenly messaged by Shuba on Facebook. I realized we hadn't kept in touch for half a decade. She was planning to do an action showreel with a couple of martial arts scenes, so she wanted to ask about the logistics of doing such a thing.

It became a long discussion about the equipment she could use, the amount of people she could hire, the budgeting. We discussed whether it should have been a showreel, or just a short film with action scenes. It was fun to throw ideas around. In the end I suggested that I could recommend her someone she could hire to shoot for her, and I could perhaps lend her my camera, and stay around to hold the sound recorder or something.

After that, our discussion veered to different things, about what we had been doing so far. I told Shuba excitedly that I had just finished my debut feature RIVER OF EXPLODING DURIANS, and showed her a few parts from the film that I secretly uploaded on Youtube.

After that, Shuba showed me her new showreel, asking for my feedback. And I did.

She seemed happy. This was our exchange towards the end, a promise of coffee.

I was having a cup of coffee just now when I read about her being on the plane. Immediately, I reread the last conversation we had in May.

In an earlier part of the conversation, we discussed about chasing after dreams:

"You've been very consistently working on your dreams... it's admirable, man." Shuba said.

"Because I have nothing else." I said mirthlessly.

"That's everything!" She said.

Yes, you're right, Shuba. And I admired you for constantly chasing after your dreams too. It is indeed everything, isn't it? Our encounters were brief and sporadic, the last Facebook conversation was probably the longest "conversation" we ever had, yet I will remember you with nothing but gratitude and joy in my heart. Even though all I feel for now, is a faint lingering sadness.

Rest in peace. Shuba, Paul, Kaela. And all the passengers on MH17.