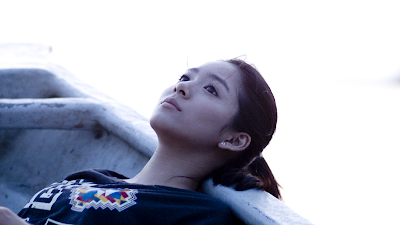 I'm actually at the airport now, waiting to fly off to Rotterdam within the next two hours.

On the 27th, RIVER OF EXPLODING DURIANS will be having its European premiere there. So is Woo Ming Jin's SECOND LIFE OF THIEVES (which I produced and co-wrote). I guess both films are linked in many ways, so it's unsurprising that they will both have their European premieres on the same day.

Blurb from the Rotterdam website for RIVER OF EXPLODING DURIANS:

"Edmund Yeo prepared thoroughly for his first film. He first made a series of short films, some of which were also seen in Rotterdam; he studied for a long time in Tokyo and became an erudite young filmmaker.

For his feature debut, he returned to Malaysia - maybe the Malaysia of his childhood, because the film is set at a secondary school. There is a romantic story about two students, but also an element borrowed from the recent political history of the country. The government of Malaysia gave an Australian company that processed ‘rare Earth metals’ (a process that is potentially radioactive) permission to set up their factory on the East coast of Malaysia. In its own country, the company had been banned because of its environmental effects.

The secondary school pupils and their teacher are suddenly confronted with a threat to their surroundings and have to make a political choice. In an ambitious story with many dramatic twists, Yeo shows the disturbed order in his country."

Trailer for RIVER OF EXPLODING DURIANS and SECOND LIFE OF THIEVES