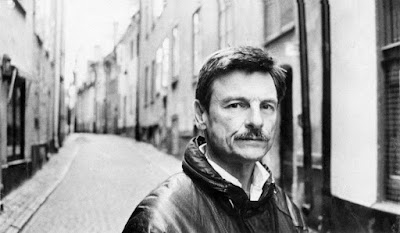 Thanks to Cinephilia & Beyond's comprehensive article on documentaries of Andrei Tarkovsky, I learnt of a great Youtube channel which had uploaded some really great Tarkovsky interviews and documentaries.

Andreij Tarkovskij in Nostalghia is a making-of documentary by Donatello Baglivo which focuses on the making of Tarkovsky's penultimate film Nostalghia.


There's also a compilation of unreleased scenes from Solaris.


Meanwhile Sacrifices of Andrei Tarkovsky is dedicated to the 80th anniversary of the director. I'll just borrow the description from the Youtube:

The film uses unique materials related to the years Tarkovsky spent in Italy: Florence, where he lived, and where his museum now exists, at a place called Bagno Vignoni, where "Nostalgia" was filmed in the house of the Italian screenwriter Tonino Guerra.

The film will include rare unique images: young Tarkovsky on the set, fragments of the documentary "Time of travel", which was filmed in Italy by Andrei Tarkovsky with Tonino Guerra. For the first time, viewers will see the location of filming of "Stalker" in Estonia...

The final interview with Stalker cinematographer Alexander Knyazhinsky, who spoke about Stalker and the cancerous plague that killed many of the cast and crew members after the shoot (including Tarkovsky)

If you are a Tarkovsky fan, this Youtube channel and the aforementioned Cinephilia & Beyond site are highly recommended.