It all began when my dad received an invitation from Astro (Malaysia's satellite TV company) to attend the premiere few days ago. 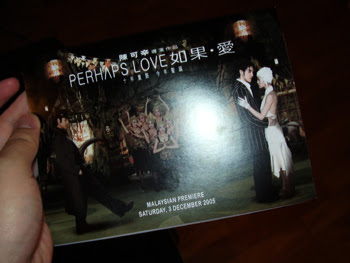 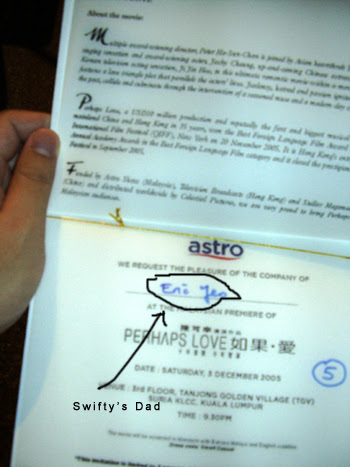 Mom was supposed to go with him, but wasn't feeling it. So I went on her behalf... more than willingly, because I knew that Takeshi Kaneshiro and Zhou Xun were here. And I was desperately seeking to take photos with them to post them on this blog for bragging rights: Hell, I wouldn't mind taking photos with director Peter Chan Ho Sun either since the guy had won multiple awards for making some of the most memorable HK classics in the 90s (he merely made one movie during the 2000s, a short segment in the horror anthology '3', which helped his lead actor Leon Lai in receiving a Best Actor award for the Taiwanese equivalent of the Oscars). After that, we reached KLCC, the shopping mall situated below our Petronas Twin Towers, the place where the premiere would be held. There was free dinner for the VIPs at Dome Cafe. Despite having eaten, I was soooo excited about meeting celebs that I took snapshots of the entire function. For the sake of having MORE bragging rights. 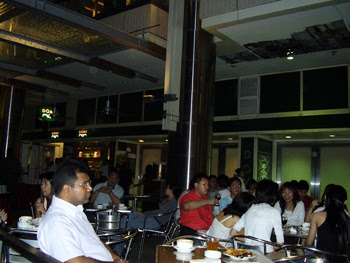 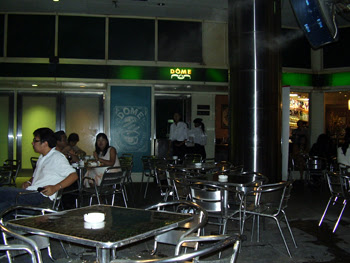 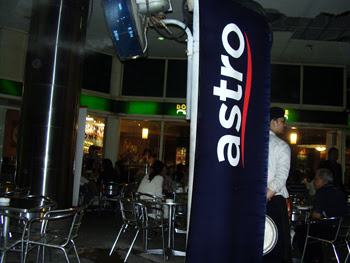 A stage was erected not too far away, with hundreds of people gathering before it. Two emcees were there to promote the film, asking questions, giving out freebies. It got me totally pumped when they mentioned that director Peter Chan, Takeshi Kaneshiro and Zhou Xun were there too.

Then they came onstage amidst the deafening cheers of the fans. I couldn't see them since I was too far away, but I could hear them. Even more excited.

... but that lasted only for a minute when my dad told me that none of us will be able to meet them.

Me: WHAAAAAAAAAT? WHY??
Dad: We are getting the VIP treatment, not the fan treatment.
Me: We aren't going to see them at all?
Dad: Nope. Guess not. As I've said. We are supposed to be the VIP of this premiere, not fans. At least we get free food.
Me: (noooooooooooooooooooooooooooooooo!)

So, no, I didn't really get to meet them, but at least I got to hear their voices from almost a kilometer away. I'll post up my review of the film some time tomorrow.

When the film ended, I took a photo of the Petronas Twin Towers. For no reason at all, just to illustrate the emptiness of this entry even more. But fret not, my dear readers, I will keep you all updated if I get, um, some stuff to brag about. 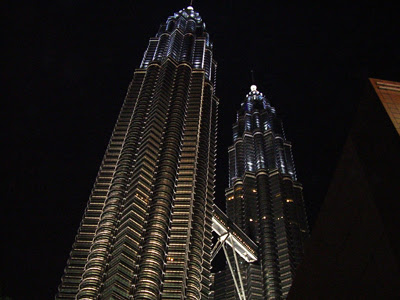