I shall start this with two videos of our birthday boy Justin.


Scene from 'Girl Disconnected', birthday boy Justin is hiding the fact that he is actually pregnant


I'm a day late, but it's still the 3rd of October in some parts of the world.

So yeah, you all, be nice, say happy birthday to Justin here. You can only turn 23 once.

And now, the obligatory babe pics. I'm going retro by posting photos of Kazue Fukiishi 吹石一恵, a model/actress whom I first discovered during a trip in Japan back in 2001 when I was at a hotel.

I saw a poster of her on the wall which was supposed to be a public service announcement from the Fire Department telling people to be careful with fire. Knowing that this was an advice I had to keep in my mind, I went back to the lobby after midnight to... ah, borrow, the poster, as a souvenir to bring back to Malaysia. 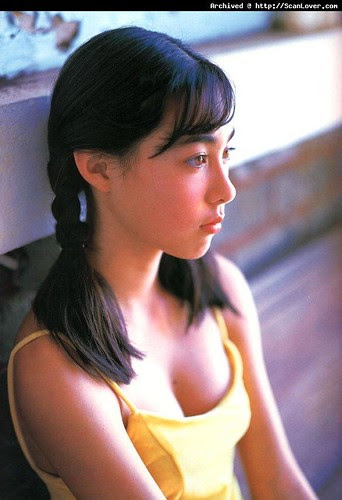 Although Justin is more into someone like Sifow, the pure angelic-looking Kazue Fukiishi wishes him nothing but happiness
Email Post