Reached Taipei around seven in the evening, wasn't too impressed by the airport as it didn't look that different from the last time I visited... 11 years ago (I've never actually been to the country, but had stopped by at the airport during several occasions for transit). After checking in at the Donghwa Hotel, we decided to go for food. One of the receptionists (who bore a slight resemblance to Elva Hsiao) recommended the Raohe Street night Market just a few blocks away from the hotel, and that's where we went.

The place looks really beautiful at night, and reminds me of Petaling Street (which is also one of those places which looks much better at night compared to the day). 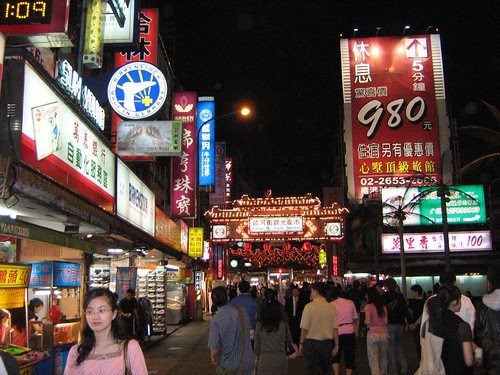 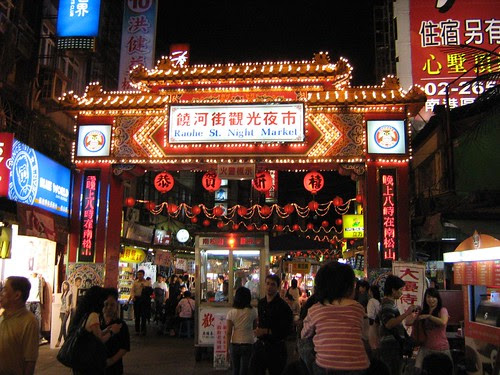 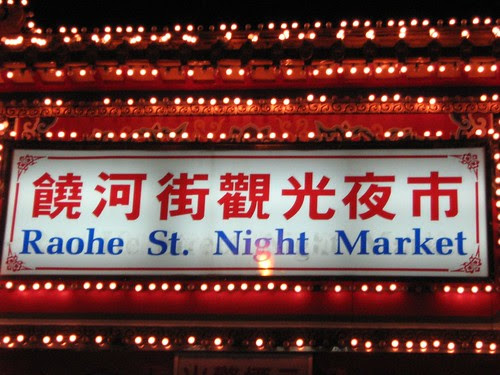 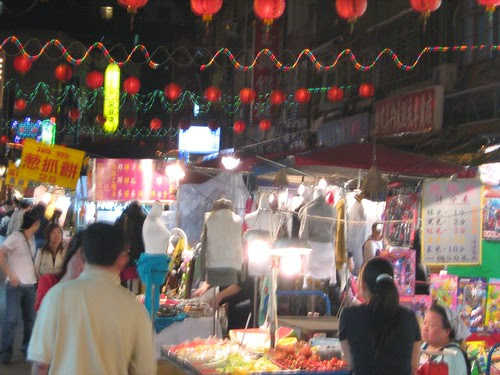 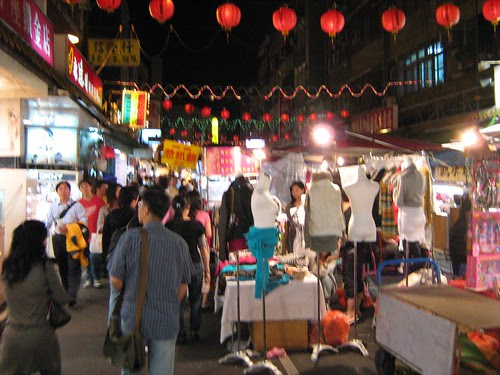 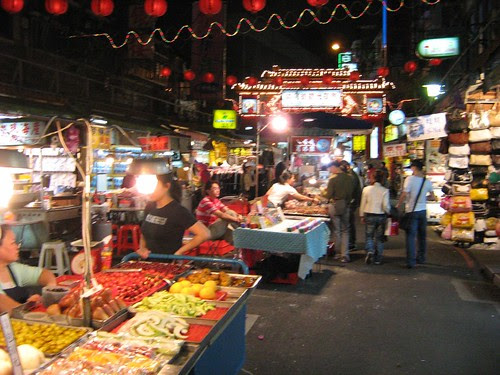 Place was crowded as people were hanging out at the rows of shops and food stalls and restaurants. My uncle wanted to have beef noodles, so we went to one. The reason why this place seemed like a sure thing was because celebrities seem to have visited this place too. (look at the photos on the wall behind us) 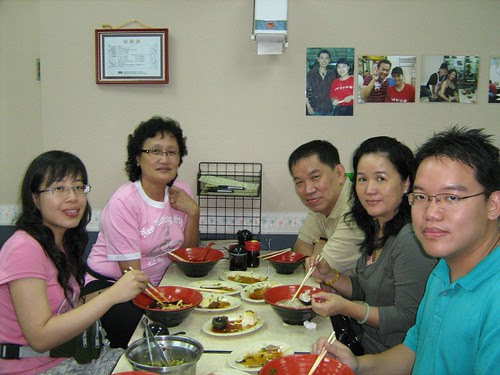 It didn't disappoint, though we somehow felt that the side dishes (the preserved eggs and boiled eggs) were better than the main dishes (the beef noodle I had was good, but not leagues ahead of anything similar I had in Malaysia).

After that, we went to the beancurd shop opposite for dessert: 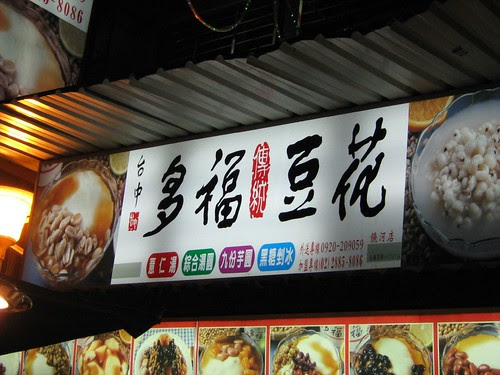 Here's the interior of the place, where my parents and the rest were still figuring out what to order. 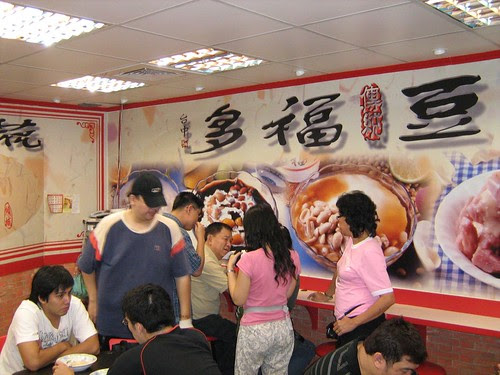 Oh, and I ordered the really weird.... CHOCOLATE BEANCURD. 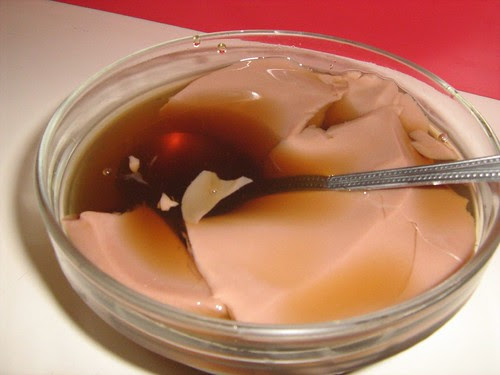 My parents thought it was pretty gross, but I always like to explore, hence often being the only one to order something unconventional. Heh, I'm an adventurer.

So yeap, I'm back in my hotel room now, typing all these out. Good thing the place has free Internet connection. Saw numerous films on the plane, I'm going to review them soon.