A MSN conversation between Sebastian and I that occurred in the morning:

"It's over. OVER! Waaaaaaah! And this is of my own doing!"

"I wouldn't lose sleep over it."

"You, Edmund, need to get a girlfriend with subdued features, plain looking. Do you know why?"

"Hey, I haven't been doling out advice to this one girl constantly in the past few months without any talent."

"I guess the most heartbreaking one was this Singaporean girl I loved in Perth. It was never for her looks. *Sigh*"

"Could you articulate why?"

I liked the mystery of her silence

The allure of her occasional smile

The introspection on her face when she broods

and the lilting whisper when she speaks.


"Now that sounded like you made it all up."

Until I met her.

I strived to be a better man, a brilliant artist, endless poems, endless novels and screenplays, even until Girl Disconnected, so many works of mine in those two years were inspired by her.

and then feeling all torn up at the sight of a disapproving frown.

Ultimately, the sadness and grief she inflicted upon me then were so painful that my eyes were too dry to weep

"For me, when i'm suffering from turbulence of emotions, I'm so incapacitated I can't write."

she with her new boyfriend

watching the year-end productions of film students in uni

and there it was, my short film, Girl Disconnected

And that was it. Everything I felt for her. Crystallized in the form of the short film.

After the screening, I bumped into them, and asked what they thought of the film.

Her boyfriend said it was good,

The last scene of the short film, when he holds his long fingers up to make a square, like a film director framing a shot,

a shot of her

looking at the sea.

I had done the same.

Outside her flat, when I said my farewell the night before I returned to Malaysia.

So overwhelmed with joy

the blinding light of hope


"Wait, what the hell was that, your diary?"

"I need to launch into an angstful monologue. Just to indulge in the pain that i thought i've buried."

"You still feel the pain? Man, i've completely let go of my past loves."


But in the weirdest way possible

i was at Bodh Gaya during my India trip last January 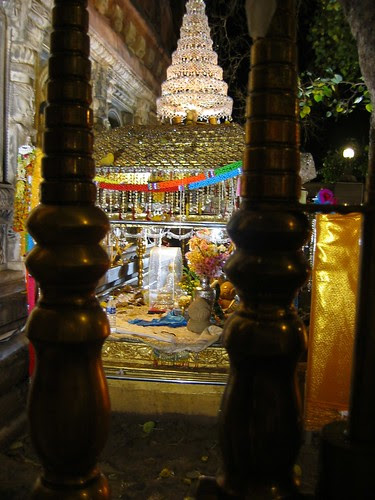 The place where Buddha attained Enlightenment

(you know, that big tree he meditated under)
I
dreamt
of
us,
saying
goodbye
to
each
other

We were both smiling.

"No, i really DREAMT of her that night."

And then I woke up.

"That's too romantic to dream. I mean, dreams are usually random. Very illogical."

"Yours ties everything up so nicely for you."

"It was one of those last clear dreams i had. I never knew where she went since then."

"That's more romantic. Not knowing where she is now. This is like that montage in Titanic where old Rose explains what happened to everyone - that feeling right there."

"That's what what you've been talking about feels like. The part where she says Cal Hockley blew his brains out during depression. Point is it feels almost third person like, narrating what happens to ppl after the fact ... and there's something inherently nostalgic about listening to that. coz you feel like you know these people, and then you hear these things happening to them but you don't see it (you get second hand accounts instead)."

"So that's what it sounded like when I was talking about 'her', huh? Dude, this conversation is so fucking beautiful that I'm saving it!"