- May 25, 2008
I mentioned last Sunday that reading through Kawabata Yasunari's Palm of the Hand Stories had given me inspiration for a new short film, and I was going to meet up with fellow film student Maiko to brainstorm some ideas.

Everything went on smoothly then and I managed to write the first draft of the script. It's shorter than anything else I've written, but only because of its lack of dialogue. The film's most likely going to be around ten minutes long. And it still doesn't have a title.

I've just returned from another production meeting with Maiko, earlier in the afternoon and things are starting to fall into place. The film can be done with the financial backing and assistance of the university, but Maiko has to submit the proposal and script (translated into Japanese) by end of the month.


After that, according to Maiko, on the 9th of June, we'll have a presentation, or a pitching session, with my professor and two other bigwigs. It's getting pretty exciting.

Oh, and this is my main actress, Miss Kazue Fukiishi. 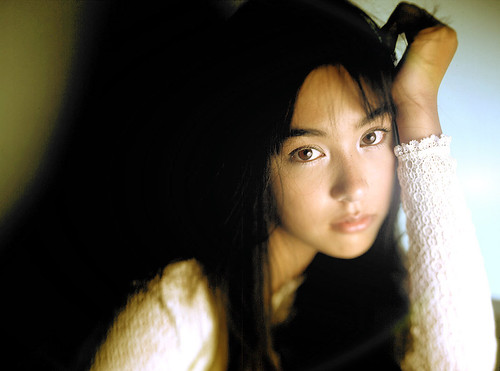 I see who I'll end up getting during the casting.

Of course, I'm not going to say much about my film. (And no, I'm not doing a Japanese remake of CHICKEN RICE MYSTERY)