The Curious Incident Of The Vanishing Sunglasses

It's not that I'm imitating Wong Kar Wai or Takashi Miike, but I REALLY like to wear my sunglasses. I only choose not to wear it when I can't wear it, like during classes, or when the sky's too dark, or when I need women to see my soulful eyes... but that's it. 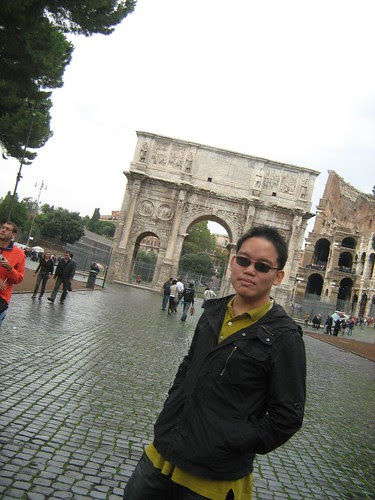 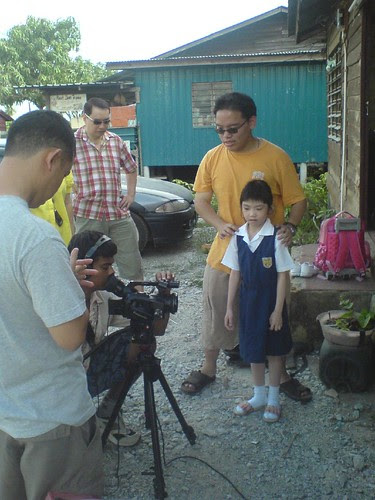 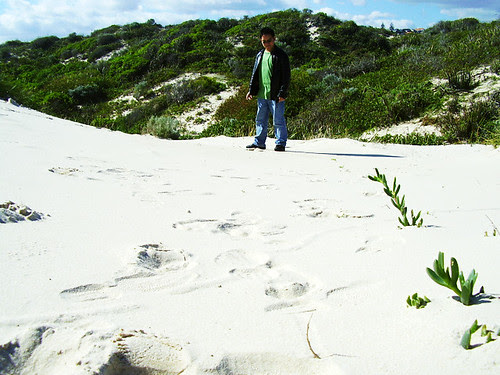 Wearing sunglasses during my Perth days, 2006


Normally when I get a new pair of glasses, I would make sure I'll have these clip-on sunglasses. Been like that since as early as I can remember, and I started having myopia at the tender age of 8 (I blame it on Game Boy, and also my relatives... all my cousins are short-sighted, but strangely, I'm the only one in the family who needs glasses, not my parents, nor my sister)

If I go outdoors, and I wasn't wearing sunglasses, what most likely has happened were either:

But this year, I made sure I took good care of my clip-on sunglasses, always putting them back into my glasses case after use.

Yet a few days ago, something odd occurred. For some weird reason, I've lost THE ENTIRE FREAKING CASE. I couldn't figure out what happened. It was on Wednesday. I went to the entire dorm, the cafeteria, my professor's lab, searching for it, to no avail. How could it disappear? I pondered in sheer angst. If I've dropped, I would've heard it, or did I drop it at a noisy place so I couldn't hear it?

It was depressing, without my sunglasses, which was one of the most important things in my daily life, along with hair gel (I'm never seen without my spiky hair). I felt melancholic (look at my previous post about the golden leaves of Yoyogi Park, you thought THAT was written when I was in high spirits?) I considered having immediate lasik surgery so I could correct my eyesight, and I could just buy lots of cheap sunglasses, and not suffer from losing those damned clip-on sunglasses anymore. But I knew I look better with glasses, like a manlier Bae Yong Joon, so I dispelled that notion immediately.

So today I went to Shinjuku, visiting one glasses shop after another. Being in Japan, I knew there should be clip-on sunglasses to buy, perhaps ones that can match my glasses in shape. There were some, but they were pretty ugly. My clip-on sunglasses used magnet, the clip-on sunglasses I saw had big ugly clips in the middle. As I ventured deeper into the heart of Shinjuku, I found numerous costly options. These clip-on glasses COULD be custom-made if I order it, but for 6000 yen.

That's nearly 10 Mega Mac meals in McDonald's or 4 movies at the cinemas or 20 bento boxes or 2 brand new CDs or 20 second-hand CDs or the ticket price for the Kahimi Karie gig I went to or nearly a tenth of a ticket back to Malaysia.

"I'll, er, think about it." I said to the cute shop assistant.

Then I ran off to another shop. This time, they were having some discounts for glasses. They don't have clip-on sunglasses, but they can make an entire pair of sunglasses for only 12 000 yen.

That's nearly 20 Mega Mac meals in McDonald's or 8 movies at the cinemas or 40 bento boxes or 4 brand new CDs or 40 second-hand CDs or twice the ticket price for the Kahimi Karie gig I went to or nearly a twentieth fifth of a ticket back to Malaysia.

For only twice the price of a custom-made clip-on sunglasses, I could get a whole new pair of sunglasses (with corrective lens)!

I am very decisive when it comes to filmmaking. I seldom dilly dally, I make tough choices, really difficult creative choices. And due to my improvising nature, I make these choices swiftly.

Unfortunately, I am much less decisive when it comes to shopping (it has to do with the fact that I'm a miser who believes that frugality is the most practical way to make myself rich).

So I called my mom and told her the situation.

She said it was much better to get a whole new pair of sunglasses since I always seem to lose those damned clip-ons. I agreed, so I marched right back to the shop, and ordered the sunglasses.

I could only collect them in a week, which I can't do since I'm flying off to Dubai on Wednesday. The idea of not having sunglasses during a trip, or a film festival, depressed me. So after placing my order, I decided to go to one of those shops I visited earlier when I just reached Shinjuku, and buy those cheap and affordable (a little more than 1000 yen) clip-ons with the big clips that scream the fact that I was wearing a clip-on.

And there it was, I was going to have a new pair of sunglasses when I return from my trip. I will also have a (somewhat unsightly) new clip-on sunglasses to wear temporarily during these few days and when I'm in Dubai. Mission solved, though I lamented briefly that I had to spend all these money in one single day (normally it would take me a week or two). But hey, a man gotta do what he got to do.

Ah, my dramatic mind, my overactive imagination, the curse of being a Piscean! Always expecting the impossible, always dreaming the improbable!

Few moments ago, I decided to clean my room up a bit because it's been in a state of disarray. When I said 'clean', I don't mean taking a broom, or a vacuum cleaner to clean my room, it merely meant kicking some of the stuff on my floor to one side so that I have more space on the floor to walk around. So I did some kicking...

... and I saw my old glasses case under my bed.