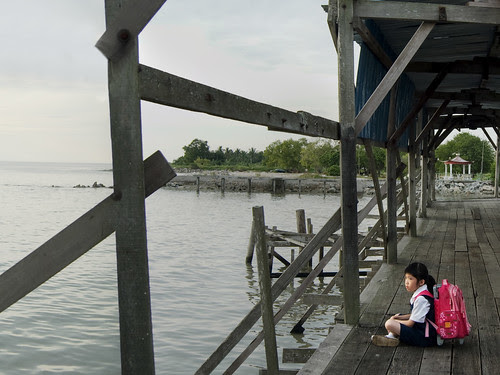 
I have mentioned this briefly back in April, but I'll mention it again since I've gotten more details now that the official line-up of next month's Paris Cinema International Film Festival is out. So yup, LOVE SUICIDES, my first ever Yasunari Kawabata adaptation before I made KINGYO, is one of the 17 short films around the world selected for competition at the Paris Cinema International Film Fest.

With all the attention that KINGYO's been getting lately, I have to say that poor LOVE SUICIDES is starting to get overlooked. But I'm very happy, nay, totally stunned, that my little film is making its premiere at such a prestigious event. I hope KINGYO will follow its footsteps. If I'm not wrong, LOVE SUICIDES is one of the only two Asian shorts in the line-up, the other being guest-of-honour Tsai Ming Liang's Madame Butterfly.

The very awesome Paris Cinema Film Fest website had put up excerpts for all 17 films.

So you can see a few seconds of LOVE SUICIDES as well.

The girl sits by the sea


I've uploaded another scene onto Youtube long ago. This is it.

The mother force feeds the girl


My film won't be the only Malaysian presence at the film festival. Yeo Joon Han's (no relation) SELLOUT! is in competition at the feature film category, while Tan Chui Mui's upcoming THE YEAR WITHOUT A SUMMER is one of the projects selected by the Paris Project.