Thai director Pen-Ek Ratanaruang teaches how to roll a tobacco

After the WOMAN ON FIRE LOOKS FOR WATER world premiere at the Pusan Film Festival, there was a lavish Malaysian party that I didn't take any pictures of because I was, ah, too busy. But there was a nice tribute to Yasmin Ahmad where hundreds of white balloons were released into the air, and as they drifted into the distant night sky, they seemed as if they had formed together to become some of galaxy. Really nice.

After that, I went to a Korean Izakaya, where Malaysian directors and Thai directors were fraternizing.


Here's my buddy Miyonne again, with Celine, a French-Chinese. Celine remarked that I looked like a real estate agent in my suit, to my chagrin. Well, that pretty much reinforced my suspicion that I was overdressed that night, argh. 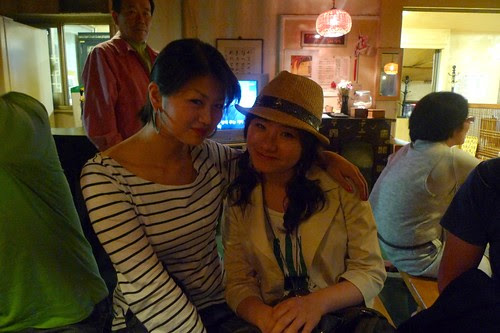 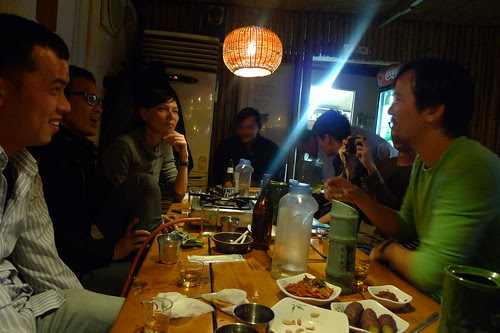 
And this is director Pen-Ek Ratanaruang (of "Invisible Waves", "Nymph", "Ploy" and "Last Life In The Universe" fame), showing me how to roll a tobacco. Check out the ending of the video, hehe. Smooth!