After the Johnnie To Master Class, I headed back to my hotel room and changed into the new suit I bought in Tokyo just days before I went to Pusan.

Then immediately I went to the multiplex in Centum City where the screening was to be held. I needed to kill some time, so I went to have a look at the Shinsengae Gallery, where numerous beautiful photos of famous Korean actors and actresses were in display.


I had barely eaten anything that day, so I headed to the food court to have a quick bite at the Burger King (I tried the Bulgogi burger, not bad). Ming Jin and WOMAN ON FIRE LOOKS FOR WATER actress Fei Ling were on their way to cinema after the screening of the omnibus film 15MALAYSIA (they were both involved).

(Just to clarify some things, WOMAN ON FIRE LOOKS FOR WATER was indeed screened at the Venice Film Festival last month, but in its digital format, and as a work-in-progress as we haven't finished the transfer to film)

Finally, the official world premiere of WOMAN ON FIRE LOOKS FOR WATER, in its glorious 35mm format, began. And it was actually held simultaneously in TWO cinemas! 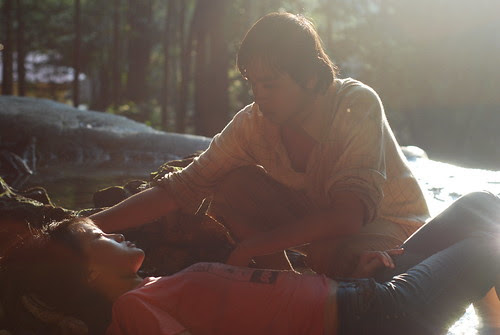 There were some minor issues with the projection, the actors heads were cut off during the close-ups, so I had to exit the theater and speak to the volunteers just so they could tell the technical person in charge and she could tell the projectionist. They were efficient, and things went on smoothly after that.

Sebastian, who was at the screening, didn't like the film, of course. But I myself was quite happy to see the film in its 35mm format. Just that I was a little mortified to see how slow the end credits crawl were.

The Q and A session began after that, with Ming Jin, me and Fei Ling.

By that time, I realized I was overdressed. Environment was a little different from Venice. 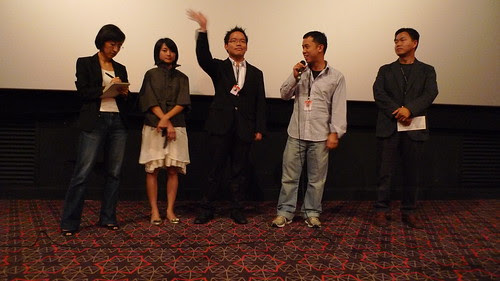 The Q and A session, to our surprise, lasted for more than an hour, with the audiences genuinely asking questions and voicing out their thoughts about the films. Questions include why the lack of music in the film, why the languid pacing, why the many shots of dead fish, why shooting at the coastal village etc. There were even questions about how the movie (or movies in Malaysia in general) was funded, or Ming Jin's shot selections, and Fei Ling's interpretation of the character she played. 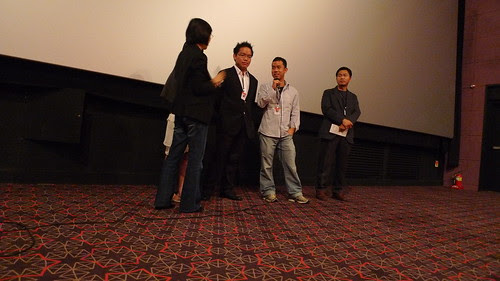 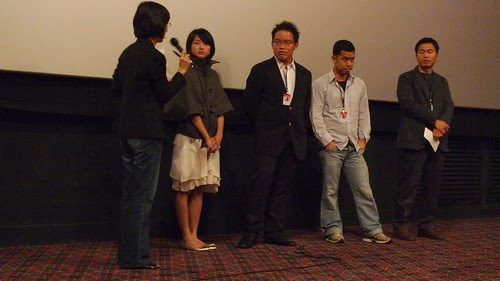 Ming Jin would later say that this was one of the best Q and A sessions he ever had. I would agree, sometimes I wish audiences would be less shy during sessions like these.

After that many audience members came over for photographs and autographs. The lady below even gave Fei Ling a gift. 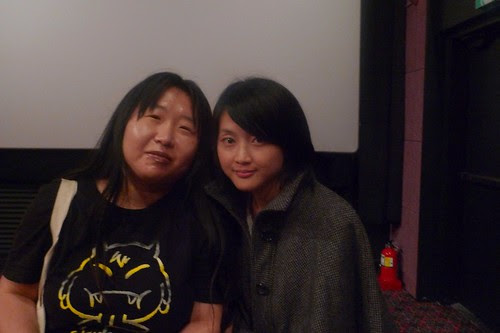 After that, we left the cinema and headed to the Malaysian party thrown by Pete Teo. Unfortunately, I was too busy eating and chatting at the party to take any photos. Hopefully anyone who was at the party would be nice enough to throw me some links to its photos.

That's the WOMAN ON FIRE LOOKS FOR WATER team after its world premiere and marathon Q and A session. 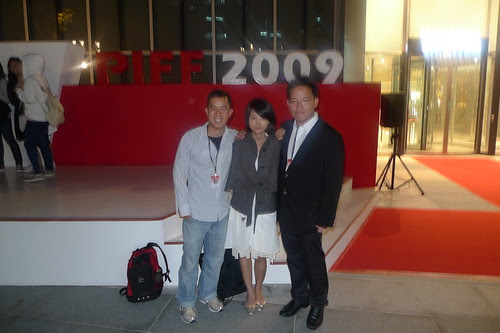