Brest, France. A travelogue of sorts.

Ask me what I thought of Brest, two days earlier, when I was stuck there after missing my flight, I would have launch into an expletive-filled tirade. But now that I've reached Tokyo, and slept through the afternoon, I look at Brest, not with nostalgia, but with acceptance that the place played a rather big role in my latest trip.

My workshop was mostly in Brignogan, which is 30-45 mins away from Brest, by car. But due to circumstances I had never expected, I actually realized I have spent three and a half nights in Brest, compared to the 6 in Brignogan, I ended up becoming quite familiar with the city center. It's unlikely that I would ever return to Brest, it's not one of those places that I would go to for personal reasons. So acknowledging that fact does make me feel a little fonder of the place.

Anyway, a short chronicle of my days in Brest.


I flew to France on the 17th of June. Sitting next to me was a woman and her daughter. I slept through almost the entire flight, aside from waking for meals. I was thankful that the child was quiet most of the time. Her mom told me that this wasn't her daughter's first time in a plane, hence the lack of usual cringe-inducing crying noises I would usually hear from toddlers her age. 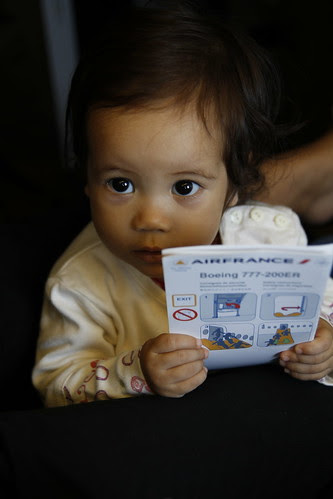 Stopped at the Charles De Gaulle airport for a few hours, waiting for transit. That was my plane to Brest. 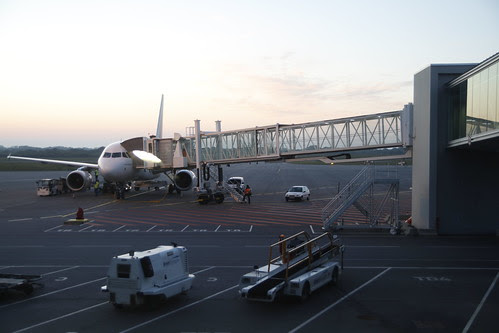 Reached Brest at night. Realized I couldn't stay overnight at the airport, asked the lady at the info counter to help recommend me a cheap hotel I could stay for a night. She ended up finding me one of those Ibis Hotels at the town (city?) center.

My hotel is at the Rue Le Siam (Siam Road) of Brest. The entire road seemed to be under construction. This was the view from my room. 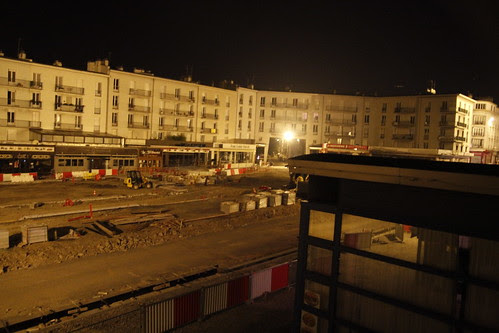 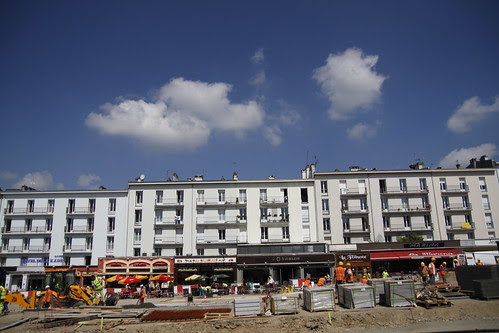 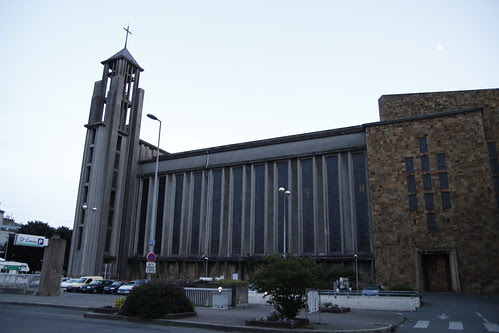 It looked vaguely familiar. Perhaps it reminded me of Waseda University's Okuma Hall.

I spent another night in Brest.

19th of June. A car was supposed to pick me up and take me to Brignogan. Thinking that I wouldn't be seeing Brest anymore, I took a walk around the area, checking out some of the landmarks of Brest.

The Pont de Recouvrance, which was near my hotel. 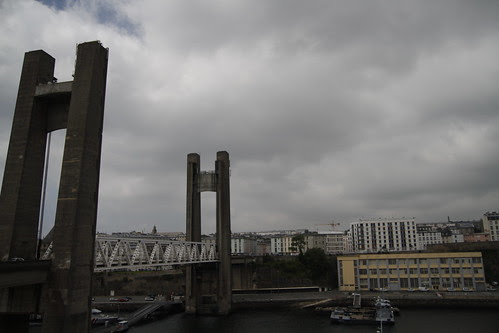 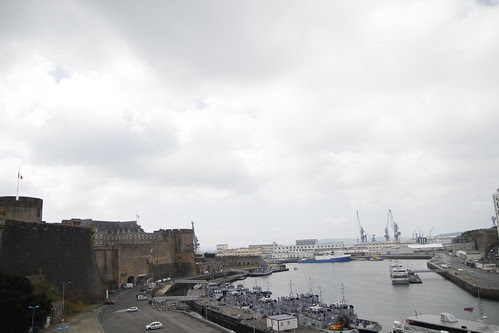 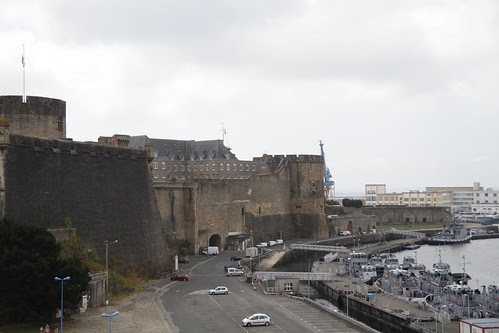 This plaque was supposed to honour members of the navy, I think. 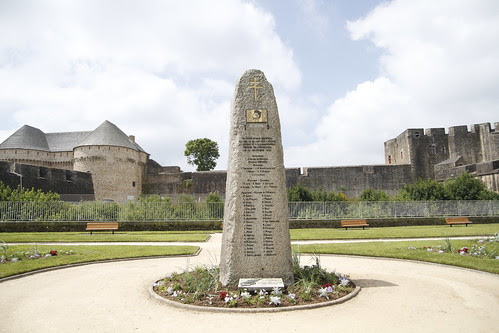 I liked the row of trees. 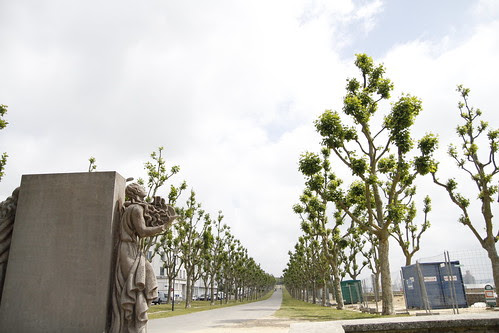 Jean Cras (1879-1932) was a composer and naval officer. His music was inspired by his homeland in Brittany, his African trips and his adventures in the navy. 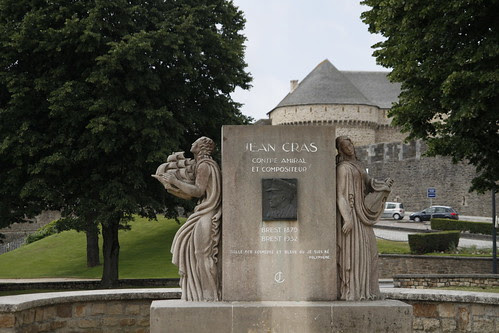 Here is a composition from him. I like it.

The sun was brilliant. 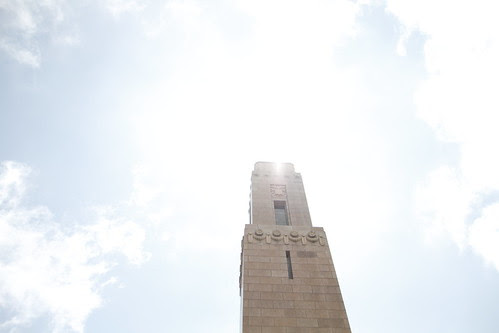 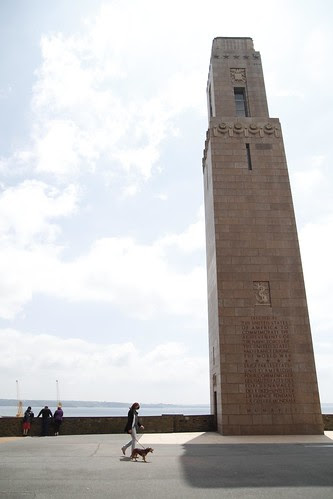 I sat on a bench and started reading Nabokov's THE REAL LIFE OF SEBASTIAN KNIGHT. It was a great read.

Of course, if you read my previous post, you know that I ended up being stuck in Brest for another day.

I returned to the same hotel.

On Sunday, there was a flea market. 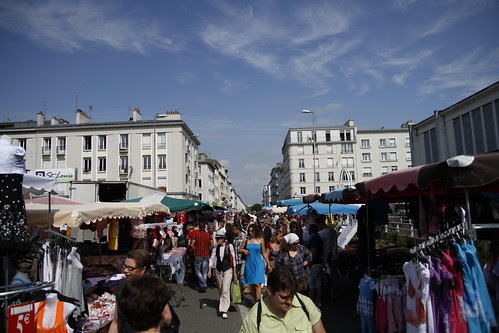 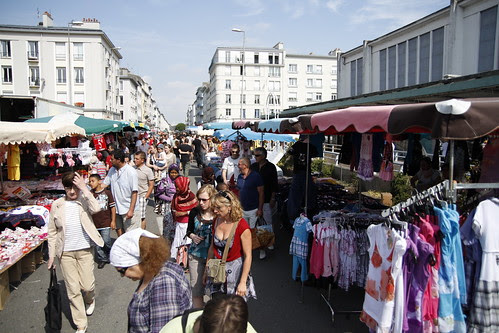 Although I was forced to stay in Brest for another day, at least there were something to see... like this flea market. Right?

4am the next morning. I finally got to go. Marc of Ibis Hotel suggested that I should have breakfast before I leave. 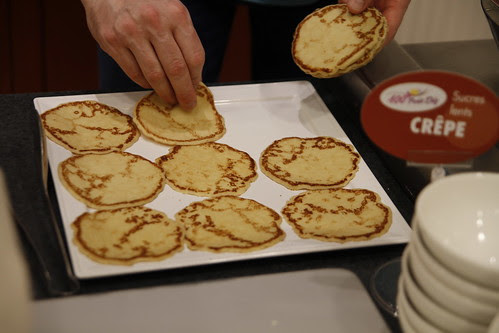 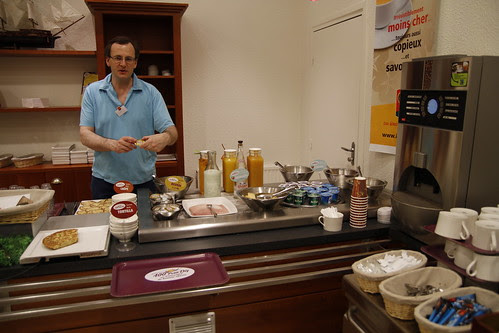 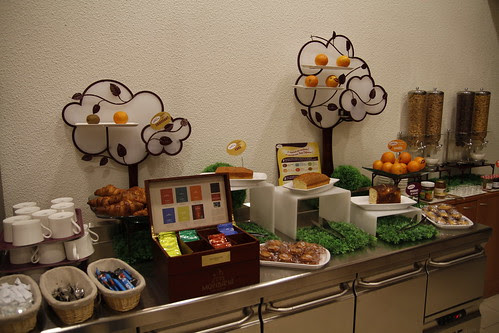 I relented. It would be a while before I would come back to France anyway.

I reached the airport.

Before I took to the skies again, I wondered whether this would be the last I see of Brest. 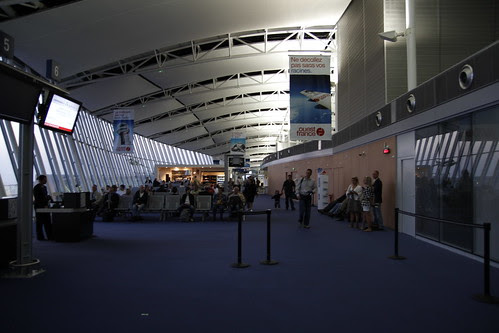