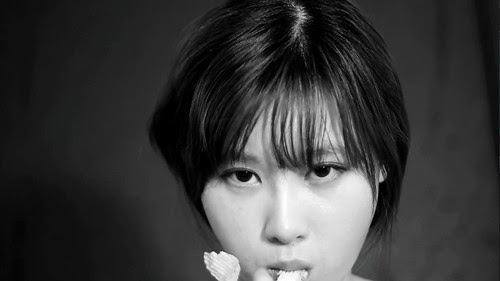 A few weeks ago I was contacted by Huey Ching, also a Malaysian in Japan (and a composer), proposing a collaboration. An experimental festival for live performances and all sorts of music project's coming up soon in Tokyo, she intended to merge her own music performance with videos.


I was in the middle of writing the treatment for my feature-length film, and had been feeling increasingly depressed over the lack of filmmaking endeavours I've been involved in (last time I shot a film was in March for my soon-to-be-released short, INHALATION), so I met up with her. After a brief brainstorming session in a nice Shinjuku cafe, we agreed to make her performance a combination of music, visuals (courtesy of my videos) and poetry.

It was a matter of finding the right poetry. That night I chanced upon the poems of Phyllis Lin Huiyin (1904-1955), the first female architect in Modern China, and writer. It was entirely by coincidence. We were originally considering the poems of the famous Chinese poet, Xu Zhimo (four years ago I pointed out the uncanny resemblance between Xu Zhimo and my friend Alex Yuen). Lin Huiyin is remembered mostly by the masses as Xu Zhimo's object of (probably unrequited) love thanks to the many dramatized portrayals of their relationship in films and TV dramas. (by the way, Zhang Ziyi's gonna play Lin Huiyin in an upcoming biopic), some even said that Xu Zhimo's fatal plane crash occurred when he was on his way to a talk that Lin Huiyin was giving.

While finding the right Xu Zhimo poems, I stumbled upon Lin Huiyin's on the same Chinese website, and I liked it quite a lot. I tried my best to find English translations of her works but my efforts were in vain, so I decided to pick a few, showed it to Huey Ching and proceeded to do the translations myself.

... the following were my attempts at two poems.

A broken melody, the most beautiful and gentle night,
a sky full of stars.
resting upon a branch of memories,
the women of flowers, petals of emotions,
blossoming namelessly.
a wild scent,
spreading throughout the moonlight

Wind blew over the lake, hair swaying,
Rippling surface seem like fish-like scales
the vastness of its surroundings, like a dream
the ripple of my storm-filled heart
A recognizable picture,
A reflection submerged deep within the water of memories

UNTITLED
When again will it be
that veil of silence.
melting in the spring breeze.
as it faces the mountain and flowing stream?

When again can I still
cling on to hope,
the swaying grass, a whisper in my thought
ascending that building, hearing the ringing bells?

When? Wither in time
will the heart know
the distance of time, the lifespan of mountains and rivers,
yesterday's silence, the sound of bell ringing,
how can a person of yesterday,
cast a shadow over today?


I then proceeded to prepare for a video shoot. All kinds of possibilities were floating about. Make a narrative short? Make a music video? Then I started pondering the locations. Odds were stacked against me because the lab is now short on resources, and I've long lost a producer to put something like this together for me since Maiko left. I started making phone calls, asking for help, trying to find a Chinese actress who could read the poems of Lin Huiyin. At such a short notice, it was difficult to get anyone.

I worried a little, time was running out (I'm flying back to Malaysia on the 5th of August and I want to get this done before I leave). I listened to Huey Ching's compositions again and it started to dawn upon me that I may have been taking the wrong approach with the project. So used to conventional filmmaking and narratives that I was preparing for what I usually do, when this could've been done in a very different manner, I wasn't supposed to be making a FILM, but something more of an experimental nature, a video installation.

I suddenly thought of Andy Warhol, and remembered his Screen Tests. They were basically a series of silent film portraits. Sounded like a fun thing to try, and seemingly easier to attempt too. I would merge poems with video portraits. The actress wouldn't have to spend that much time for the shoot, just a few minutes before my camera, doing whatever she felt like, and voila! I also prepared some food on the table in case she wanted her portrait to be of her eating.

So I managed to secure the help of Tao Sha, a friend of a friend who is a model and actress. She's from China. I was relieved that she was willing to help. All I needed was for her to stay in front of the camera, and after that, let me do a recording of her poem recital, and I'll be done.

Yesterday was the shoot, I managed to have her around for half an hour. Mahmoud was helping with the cinematography. He also brought his Harinezumi camera along (a digital camera that shoots Super 8-like footage) 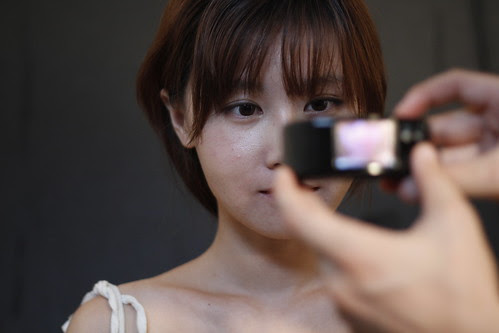 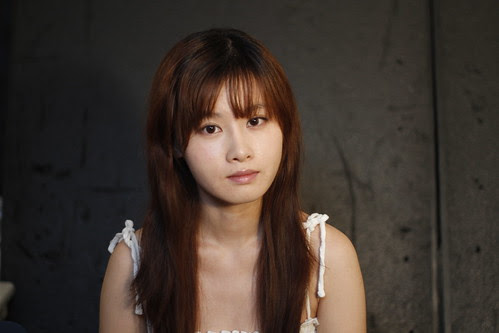 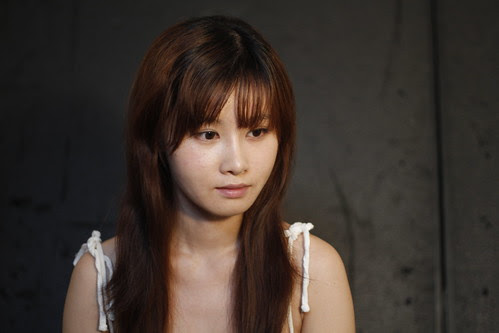 She opted to eat potato chips for her first take, which you can see from the first photo of this entry.

Once she was gone, and also after I got myself a few more subjects for this fun little experiment, I started editing a rough cut for Huey Ching. Got it done at 4 this morning.

For me, it was fun to be in a shoot again.
Email Post