Yesterday was the opening of the Tokyo International Film Festival 2010.

My recent Pusan Film Fest-winning short film INHALATION (which Ming Jin produced) and Ming Jin's THE TIGER FACTORY (which I produced) are screening under the WINDS OF ASIA section.

Before the green carpet event, we took photos with Vivian Hsu. 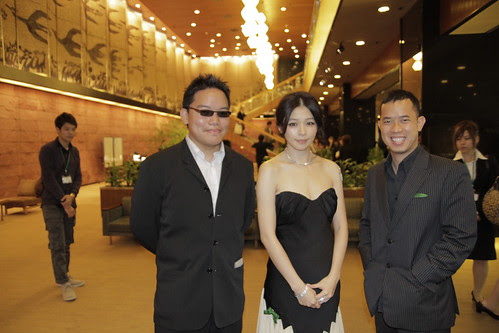 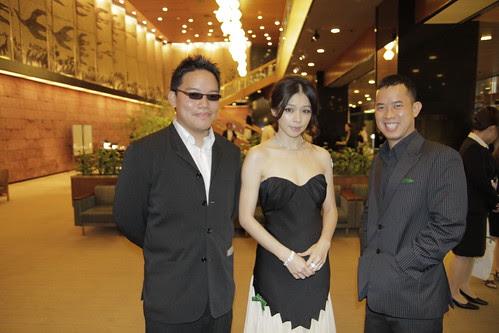 We walked down the green carpet. The TRON 2 folks were in front of us. 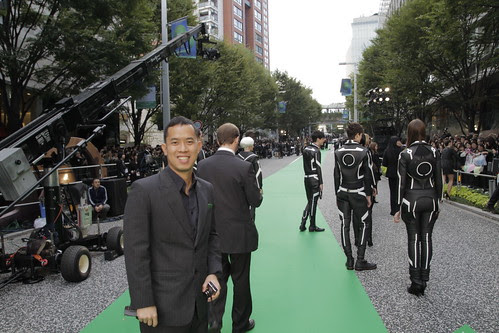 We walked past the two ambassadors of the festival, Yoshino Kimura (in black) and Anne (in orange). Anne is supposed to be the Green ambassador, I guess she's to promote the ecological theme that's been adopted by the film fest in the past few years. 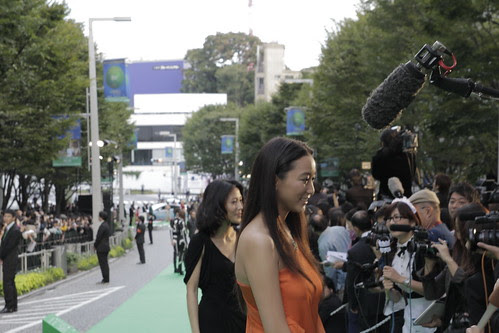 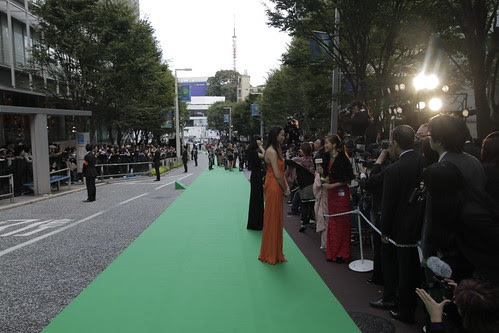 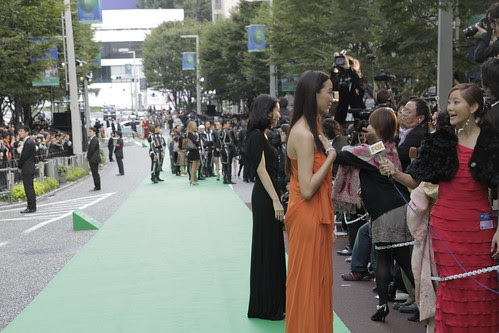 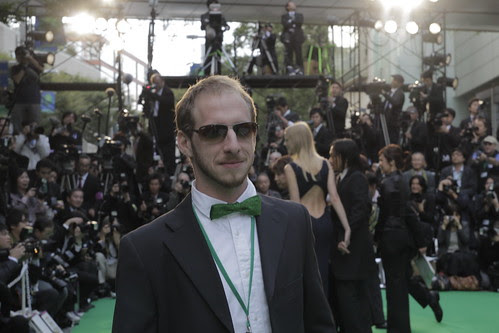 Photo call at the Green Carpet. 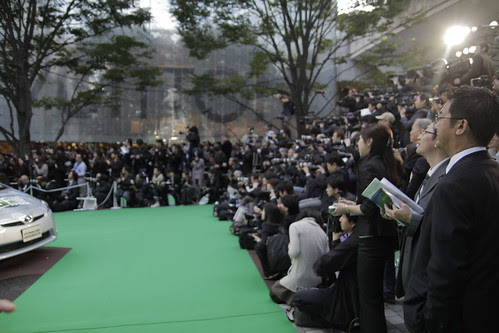 With Film Festival ambassador, actress Yoshino Kimura. She was sitting in front of us. Very classy lady. I told her she was great in SUKIYAKI WESTERN DJANGO! 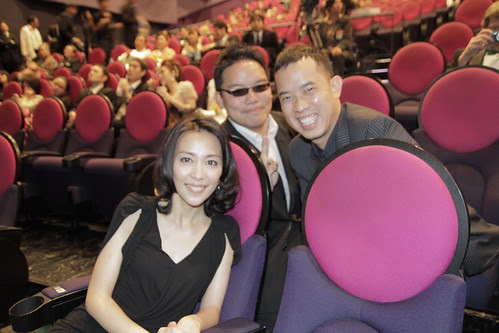 (She was also more than a little surprised when I mentioned that I first saw her in a 1996 Jdrama called SHOTA NO SUSHI.)

The jury members were then introduced on stage.

Neil Jordan, president of the jury, addressing the audiences.

After that, Jesse Eisenberg and Aaron Sorkin came in to present THE SOCIAL NETWORK, opening film of the festival. Director David Fincher couldn't make it cos he was shooting the THE GIRL WITH A DRAGON TATTOO remake in Sweden. 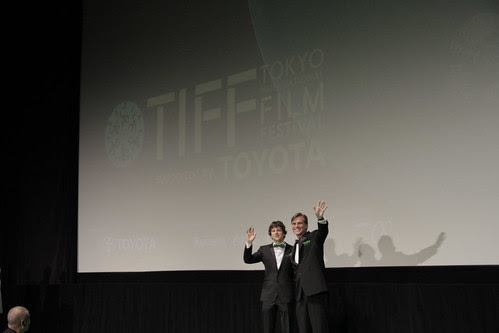