I met up with old high school friend Sebastian yesterday evening in Shinjuku (he and his family were on a family trip in Japan and dropped by in Tokyo for two nights). After we had dinner, he left and I walked off to catch the bus.

Perhaps time was indeed passing me by, I thought in slight melancholy. Ah, memory, a constant source of pain.

It was Sunday evening, Shinjuku was characteristically crowded. Yet I walked in solitude, past the crowds of people, past lovers whispering sweet nothings to each other, past tourists mesmerized by the bustling energy of Shinjuku, past a pair of pretty twin sisters singing at the street, past a happy family, past a couple of homeless guys-

I stopped, and looked back at the pair of pretty twin sisters. 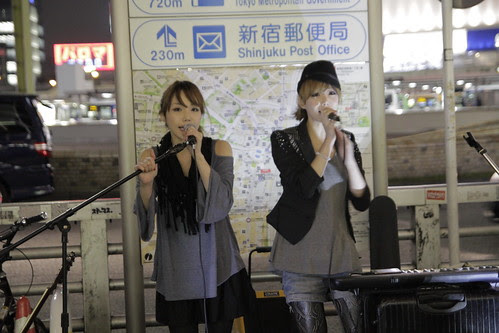 Then I looked at the provocative poster before them. 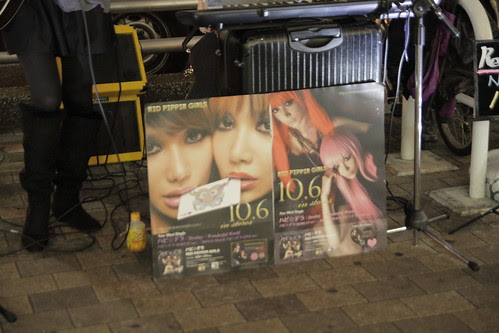 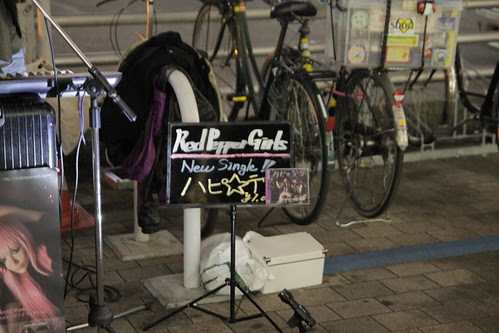 It had been quite a while since I've filmed a street performance. Last ones were Yui Ibuki the singer and Denis the tap-dancing painter, that was in May, just before I went to Cannes. Felt like a lifetime ago.

I didn't stop and watch merely because of their physical appearances, I'm not such a shallow, superficial person. I won't elaborate on their vocal prowesses because that's really not the point either, however their showmanship cannot be denied! 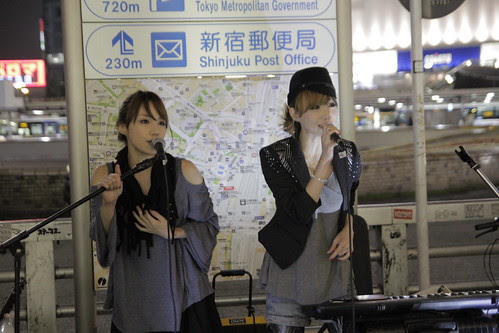 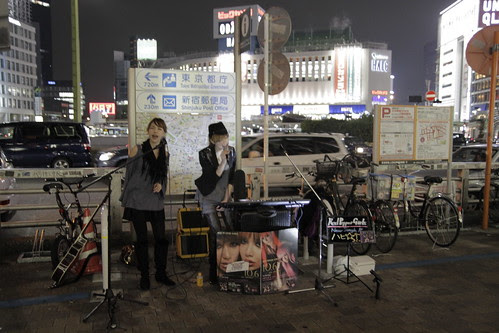 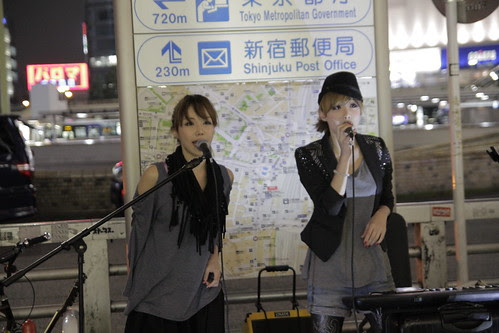 I later spoke to them after their performance and found out that they were actually from Korean. The one on the right is elder sister Mai, the other one is Mami. They labeled their music as E☆ROCK, I'm not entirely sure what does 'E' stand for. They then headed off to Shibuya for another gig.

This is a video I shot of their performance, featuring three songs, 'Summer Memories～水泳部でした', 'ハピ☆デラ' (Happy Deu?) and 'WONDERFUL WORLD'. They ditched their guitar and keyboard after the first song and danced in the second two, fun.

A number of their music videos (well, snippets of them anyway) are on Youtube, they dressed up as maids in some videos, and also showed openly affectionate display of sisterly love to each other in another video. Quite an eclectic collection. Yes.
Email Post
Labels: Buskers in Japan