I'll take a break briefly from the Torino recaps to write about something that happened last night.


I went to Shinjuku in the evening to buy a Sigma 30mm 1.4 lens, then I had dinner with a friend and her friend. I was supposed to return home, but then Teng Fei (from my lab, poster designer of INHALATION) called and told me that she had finished repairing my laptop. I was supposed to meet her at the Ikebukuro station and pick it up from her at 10:30pm.

When I got the phone call, it was 8pm, and I was already thinking of going home. But if getting home were to take half an hour, I would have only a bit more than an hour before I had to leave for Ikebukuro instead.

In the end I decided to stay a bit longer in Shinjuku, thankfully the friend's friend whom just arrived at Tokyo yesterday chose to hang out with me a bit more as I waited.

But i was already feeling dizzy and sleepy (I woke up at 3:30 in the morning and had been awake since then) as time went on. Starbucks coffee didn't seem to help much. I thought I needed sugar, so got a Snickers bar and also a bottle of sports drink.

It was 9:45pm, I was about to head back to the Shinjuku station and catch the train to Ikebukuro (albeit still in an exhausted state) until I walked past another young woman singing at the streets. 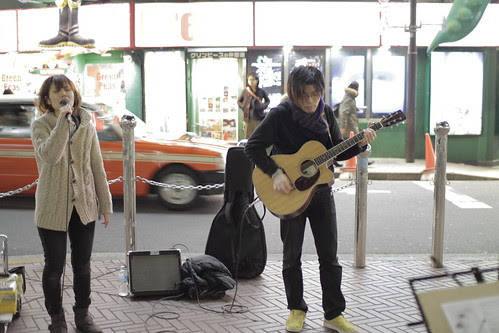 Her voice and the song genuinely halted my steps. I watched her performance, and put my new camera lens to use.

Her name is Junko Kamata. 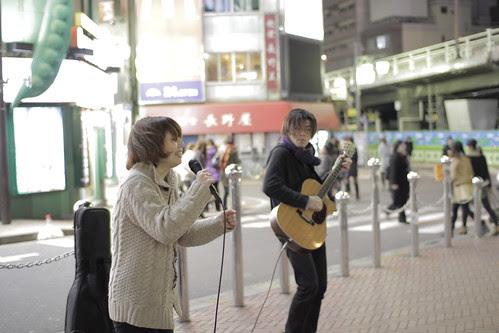 The guitarist is her producer Shun Imagawa (not sure whether that's how you read his name). 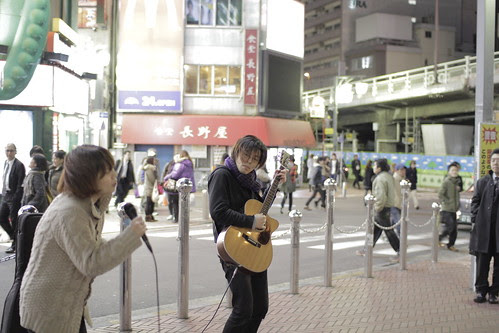 I stayed and watched her perform 3-4 songs. Filmed them all, but occasionally interrupted because my CF card was running out of space.

But here's a video of what I shot last night, had a number of her songs. Worth a listen. Tell me what you think.


Here's her official site, it links to her Twitter, Myspace, blog and Mixi. So you can check her out.

Finding myself strangely moved by her performance, I ended up buying her album. 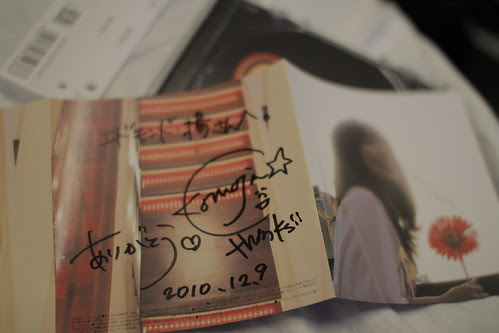 I wonder whether she's gonna do a music video soon.
Email Post
Labels: Buskers in Japan