My first day at the Shanghai International Film Festival 2011

So, here I am. Having spent two nights in Shanghai. I'm deprived of Facebook and Twitter and also Blogger. I'm now using the BlogPress app on iPhone to post, not sure whether it will work properly amidst the Great Firewall.

11th of June. I arrived at Shanghai just in time for the opening ceremony of the film festival. It was raining heavily and people walked through the red carpet holding umbrellas.

The ceremony was held in this nice hall. 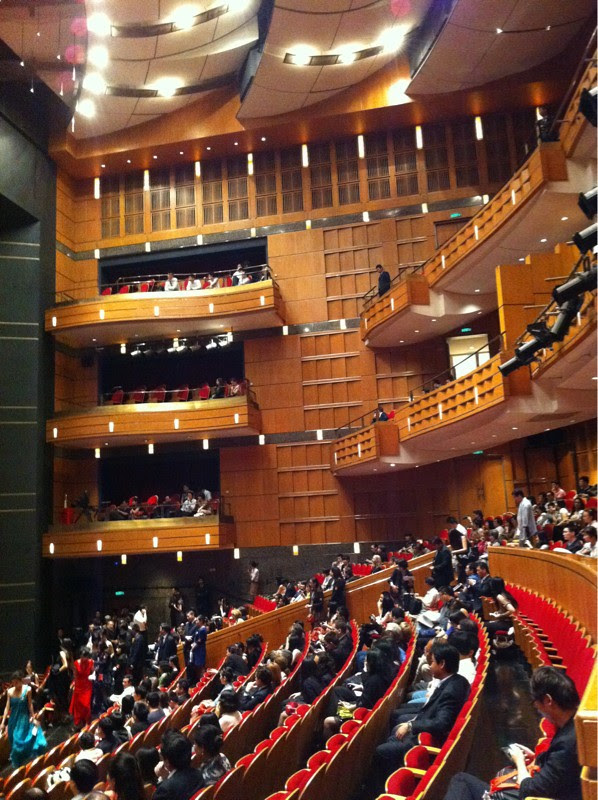 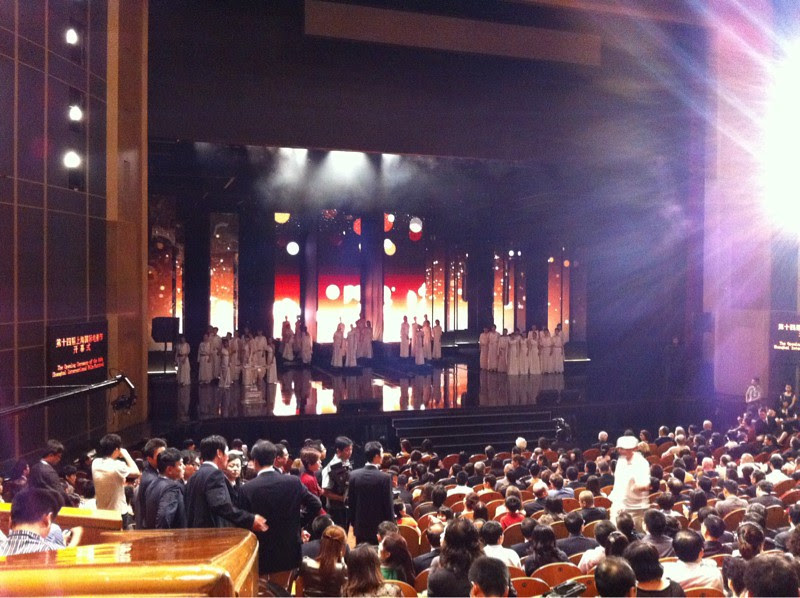 There were even Hollywood folks like Matt Dillon and Susan Sarandon. Susan Sarandon was there to pick up her lifetime achievement award. 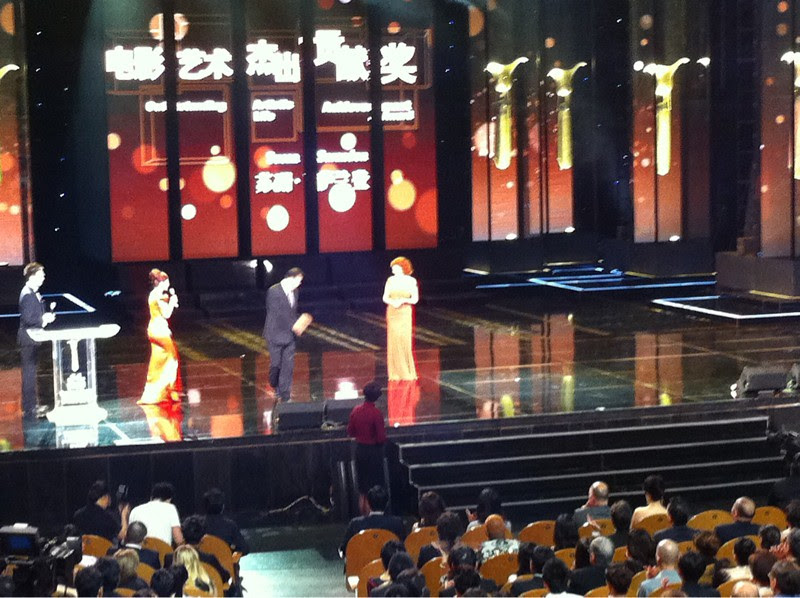 When the ceremony ended, I headed off for dinner with Film Biz Asia's Stephen Kremin, Thai director Yuthlert Sippapak ("Saturday Killer" and "Friday Killer", both playing in the Fest, the latter making its world premiere and in competition) and his wife. 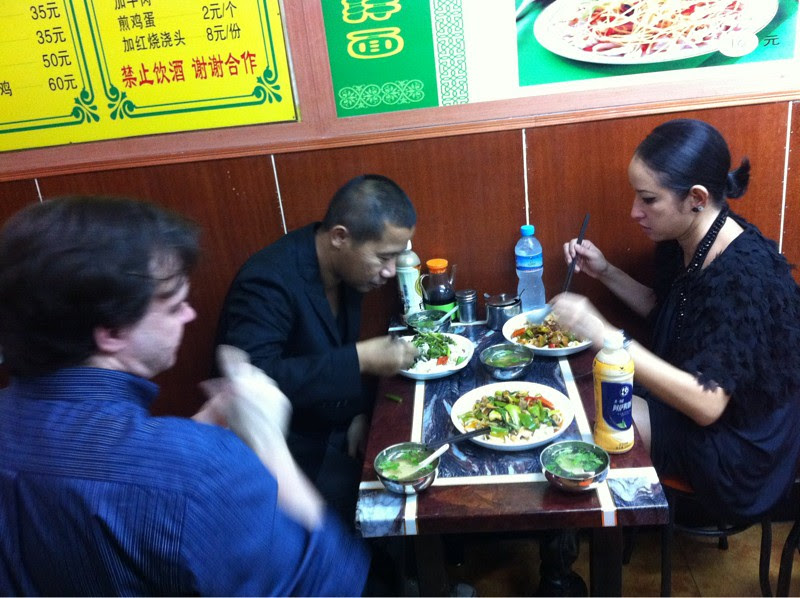 The noodles I had was very yummy. 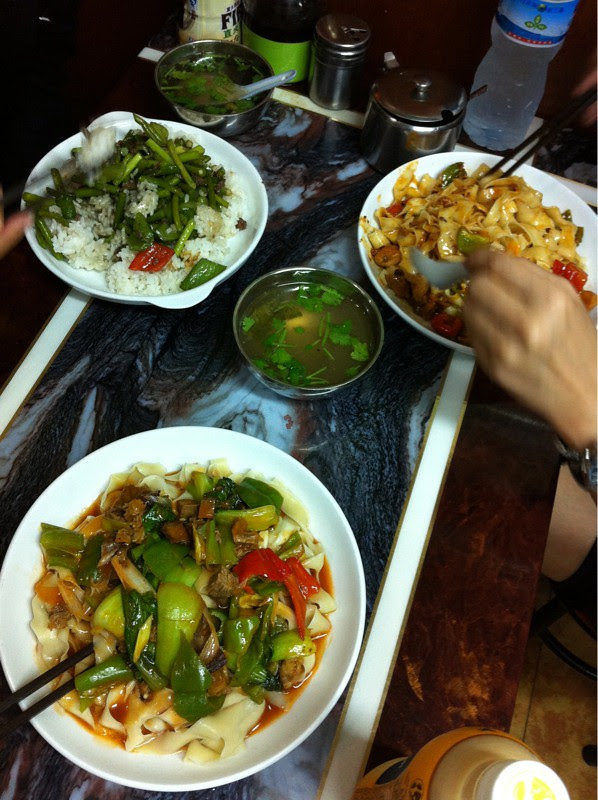 Then we were at the Bona party for a while. 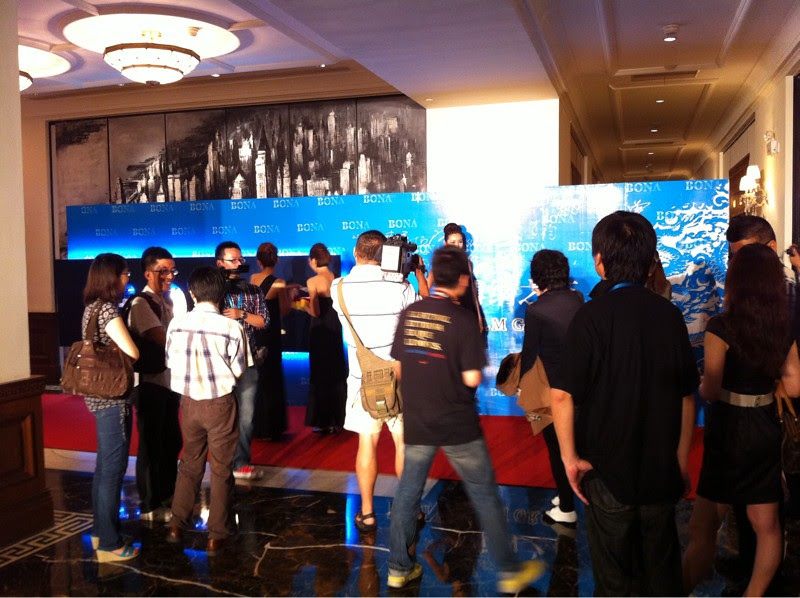 Hong Kong actress Michelle Yeh brushed past me and was led to the VIP room. I remembered she is starring in a short film that is also in competition like my EXHALATION.

I then headed back to the hotel, too weary after the flight.