On the day that Tokyo was hit by a massive typhoon, the Tokyo International Film Festival (Oct 22-30) announced its full line-up.

My short, EXHALATION, will be screened at the festival as part of the SUGINO KIKI: MUSE OF THE ASIAN INDIE CINEMA program. 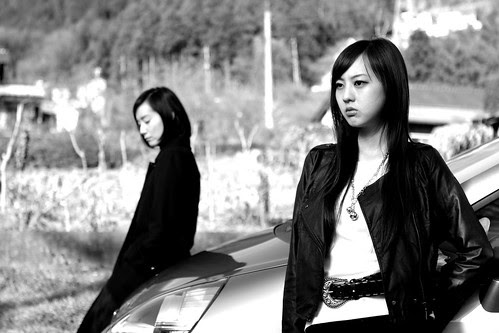 This program showcases five works that Kiki had starred and/or produced over the past few years. EXHALATION is paired up with Lim Kah Wai's MAGIC AND LOSS, which stars Kim Kkobbi and Yang Ik-June. Lim Tai-Hyung's TWO RABBITS IN OSAKA, an apocalyptic fantasy, will be having its world premiere. The critically-acclaimed HOSPITALITE by Koji Fukada, which won best Japanese film at Tokyo Film Festival last year, will be screened too, along with the 2006 omnibus film, ONE SHINING DAY, where Kiki made her acting debut.

You can read more about this on Film Business Asia, which featured a quote of mine on Kiki.

"Numerous interesting projects were able to get made because of [Sugino's] hard work. It's very brave of her to collaborate with filmmakers of different countries; I can't think of a better way for her to grow rapidly as both a producer and an actress."

So yeah, if you were in Tokyo, I hope you'll come for my screening. I'll be around for an introduction, and also for a post-screening Q and A session.


You can catch 5 minutes of the short film on Twitch. That's almost a quarter of the entire film!
Email Post
Labels: Exhalation