Was at Yurakucho just now for dinner when I ran into a huge crowd, and saw a group of women singing on a makeshift stage. I realized that it was the opening ceremony for the Winter Illumination. 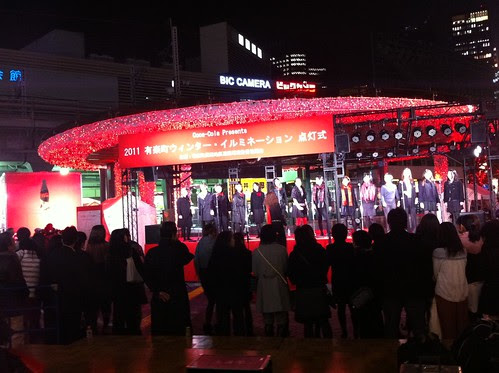 Sadly, the iPhone doesn't really work too well with night photography, so I was incapable of capturing the beauty of the night decoration in Yurakucho. 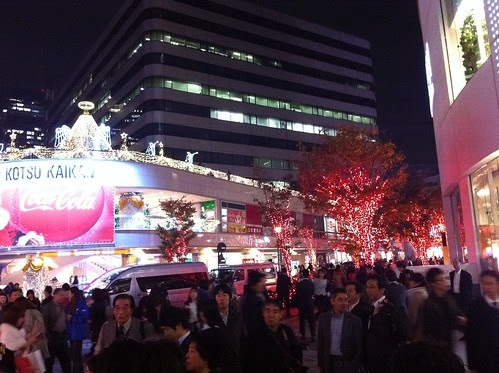 Besides, I was rushing to meet up with people so I couldn't stay around to take more photos.

Since I rarely go to Yurakucho except during Tokyo Filmex, it never ceases to amaze me. Its feel is different from the likes of Shinjuku or Shibuya.

Speaking of Tokyo Filmex, it's beginning tomorrow, but for the second straight year, I won't be able to make it. (going to Taipei on Monday, was at Torino last year). It's a shame, I had caught many good films in 2008 and 2009.

Here's a video of people singing on the stage.