Observing the observation deck of Haneda Airport at night

This is the story of a man marked by an image from his childhood. The violent scene, whose meaning he would not grasp until much later, took place on the great jetty at Orly, a few years before the start of the Third World War.

On Sundays, parents bring their children to watch the planes... Of this Sunday, the child of this story would remember the frozen sun, the scene at the end of the jetty. Moments to remember are just like other moments. They are only made memorable by the scars they leave. The face he had seen was to be the only peacetime image to survive the war. Had he really seen it? Or had he invented the tender gesture to shield him from the madness to come? The sudden noise, the woman's gesture, the crumpling body, the cries of the crowd. Later, he knew he had seen a man die.


I have never been to the observation deck of Haneda Airport before. So last night, before heading to the gates, I decided to take a look.

When I was there, for some reason I cannot comprehend, the opening lines from Chris Marker's LA JETEE started playing in my mind. (I'm a huge fan of La Jetee) 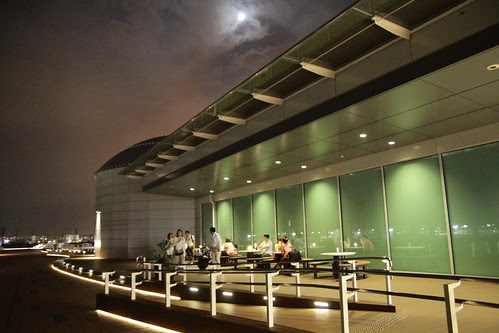 Of course, instead of a frozen sun, all I saw was a round luminous moon. The sky was dark, but there were numerous people on the deck. 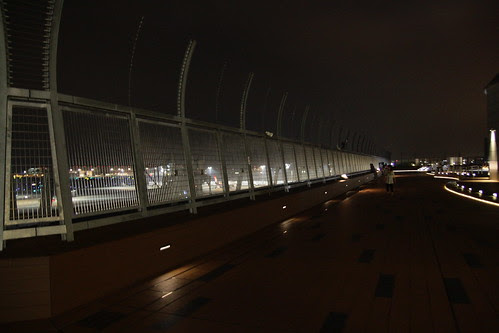 They were either hanging out, waiting, reading books, whispering sweet nothings to each other.

I looked at the airplanes through the steel fences. 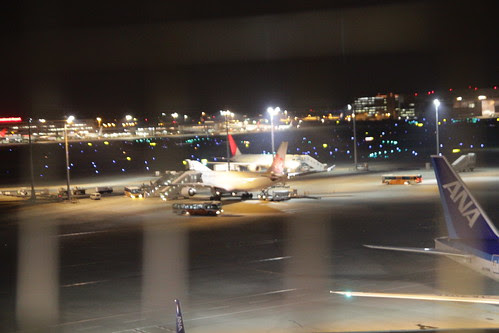 The colourful lights of the airport that surrounded these planes somehow felt a little intoxicating. 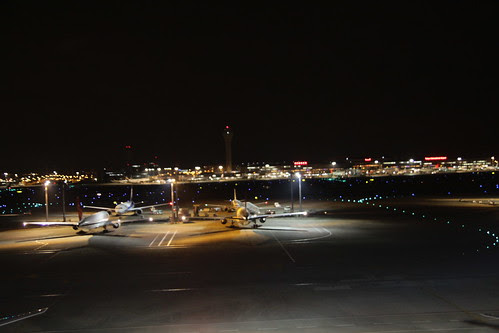 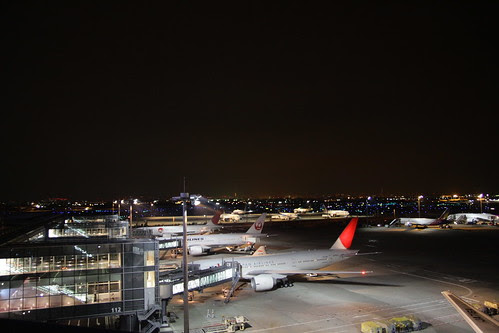 Behind me, behind the airport buildings, there was this mysterious orange glow that lit up the sky. I didn't know what was going on. 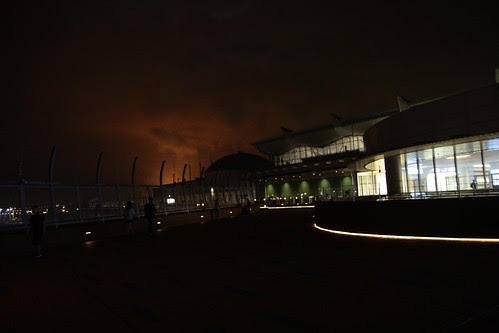 My mind, often filled with inane references to movies, anime and video games, compared the scenery before me with imaginary cyberpunk locations.

Maybe that is why I favour the night over the day, when everything is concealed in shadows, there is so much left for my imagination. 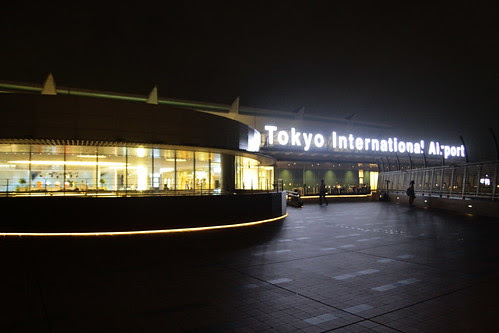 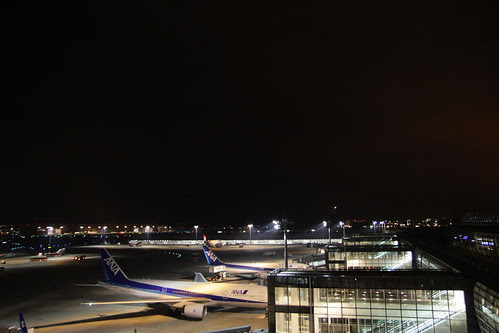