I've never seen a snowfall like this in Tokyo before

14th of January, 2013. When I woke up and looked out of my window, I was stunned to see this scenery. 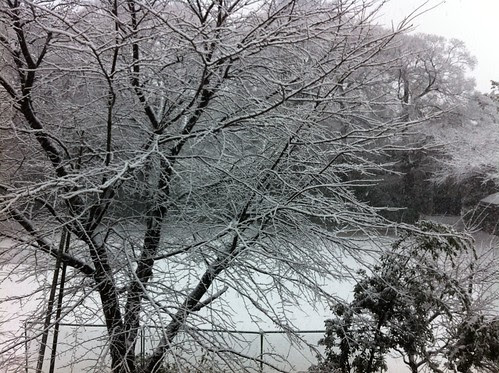 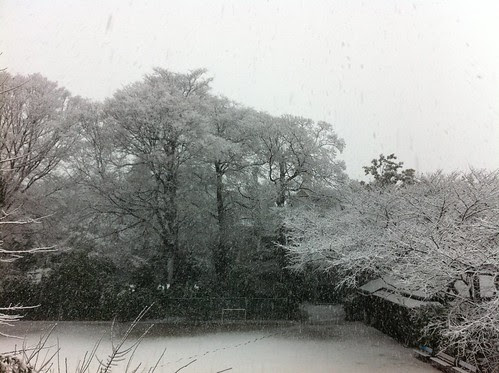 There was a storm when I went to sleep, but I didn't expect it to become one of the heaviest snowfalls in decades at Tokyo! (The last time I saw anything like this was February 1, 2010, but looking at those photos again, I realized it's nothing close to what I saw today!) Snow in Tokyo is a rarity. I never would have thought that exactly one week after coming back from Kanazawa and Snow Country, I would witness even more snow here! 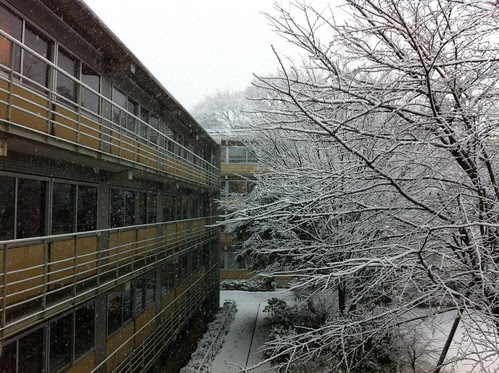 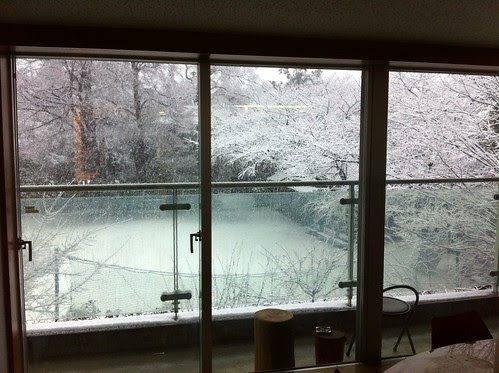 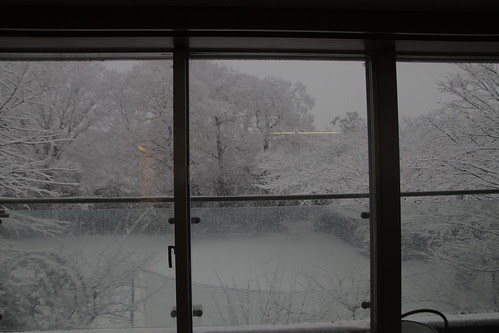 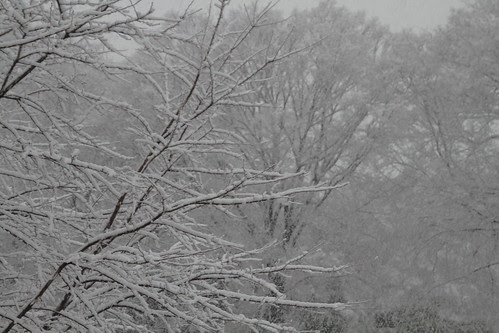 I wanted to know what other familiar places of Tokyo would look like in the snow, so I went out. 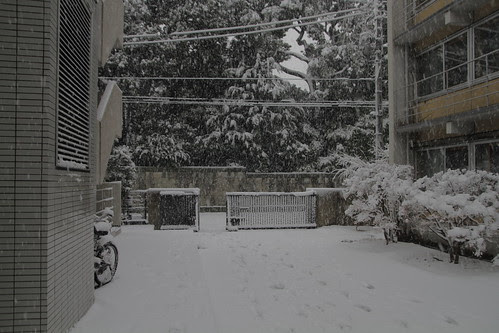 Down the slopes that I walk almost everyday. I almost slipped. 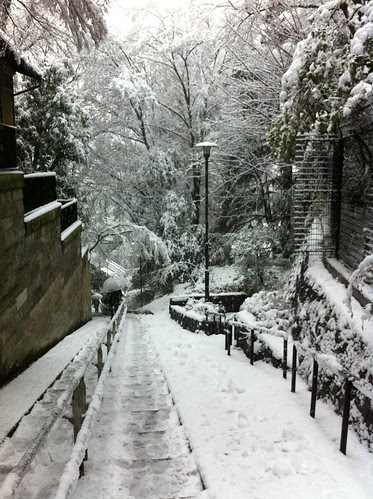 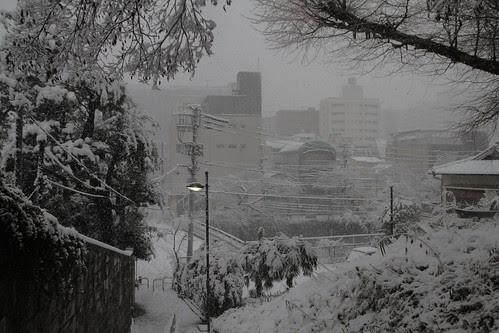 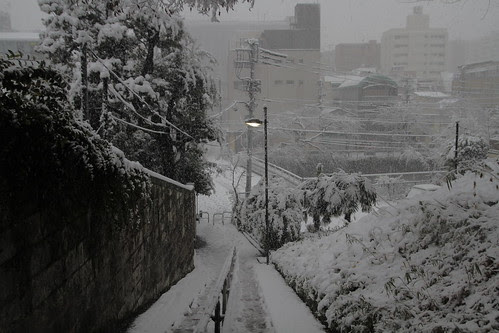 And past the Kanda river that I cross all the time. It had appeared in my short film, INHALATION before, during the cherry blossoms period. 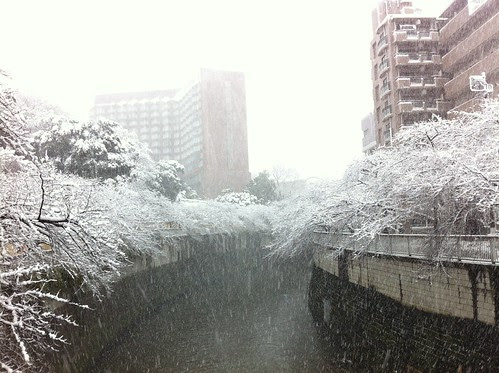 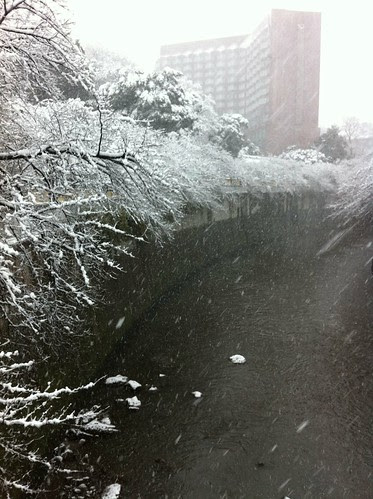 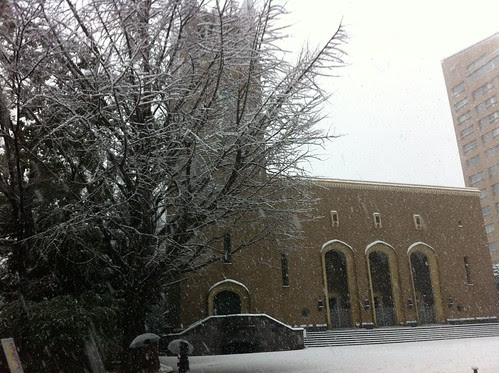 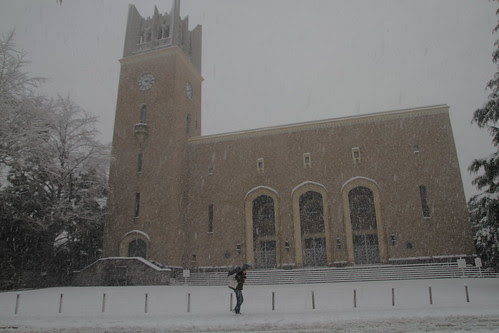 And then, I looked at the statue of Shigenobu Okuma, founder of Waseda. 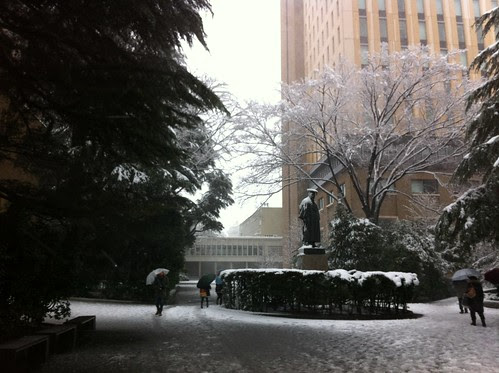 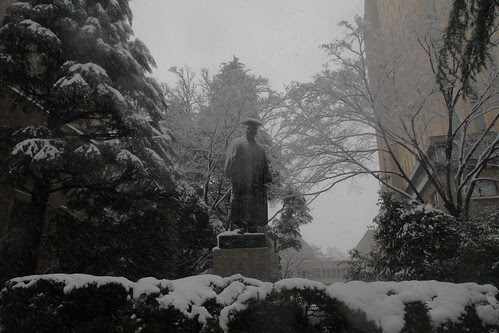 After that I headed towards nearby Ana Hachimangu shrine. 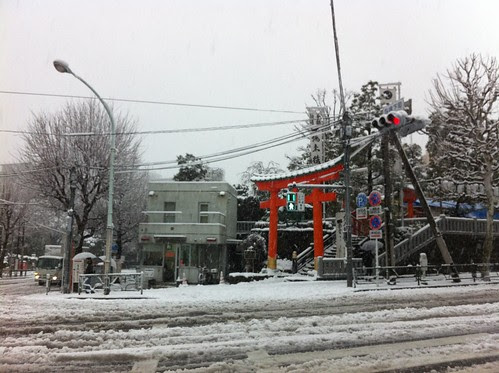 They were preparing for a festival. But those stalls were all swallowed by the snow. 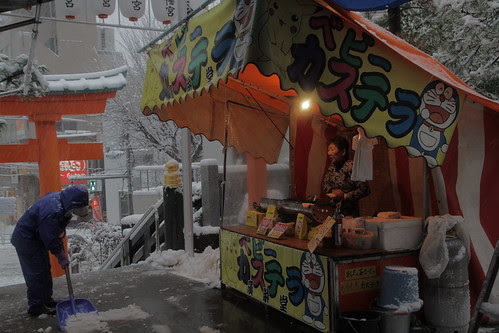 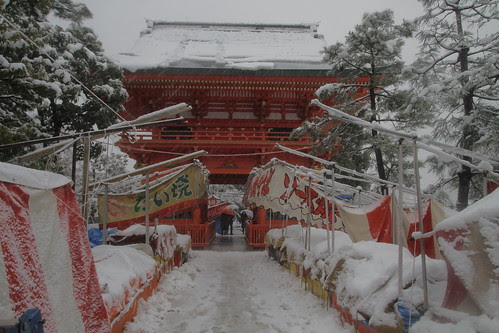 Then I went to Roppongi. Once I was at Roppongi Hills, the winds were strong. I didn't wear any gloves (so I could operate the camera and iPhone properly), my hands were in pain. 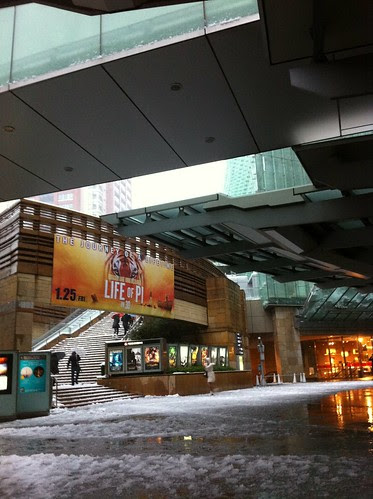 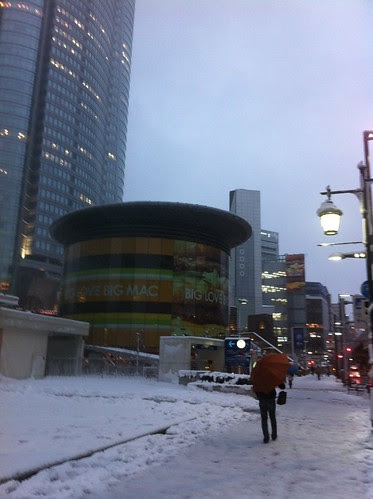 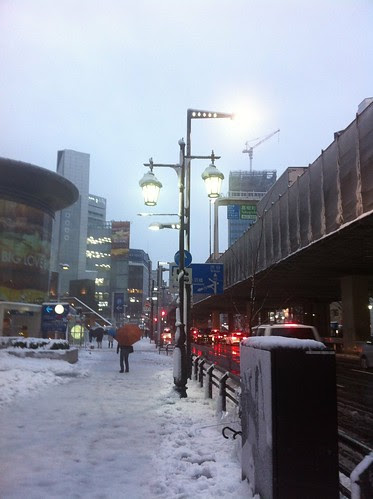 The blizzards were so strong that I lost three umbrellas.

The sun was setting, everything was a white blur, I thought I could get a nice view of Tokyo Tower and the city landscape from Roppongi Hills, but I couldn't see anything.

In the end I was back in familiar Shinjuku. Of course, it looked alien with all the snow. But lovely at the same time. 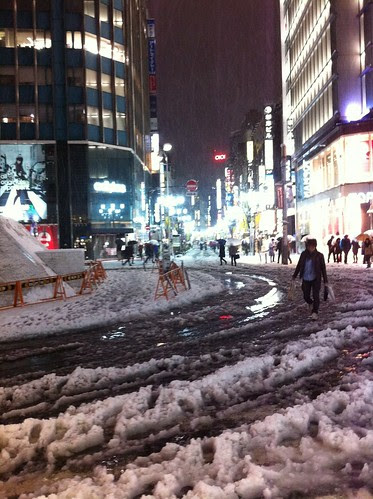 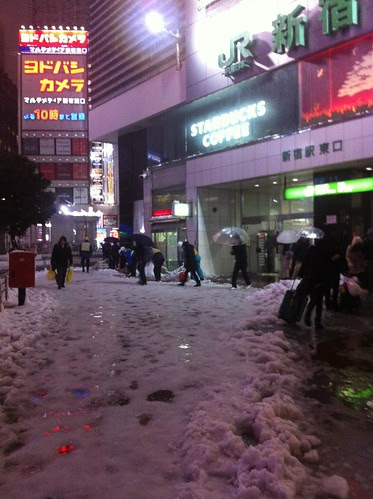 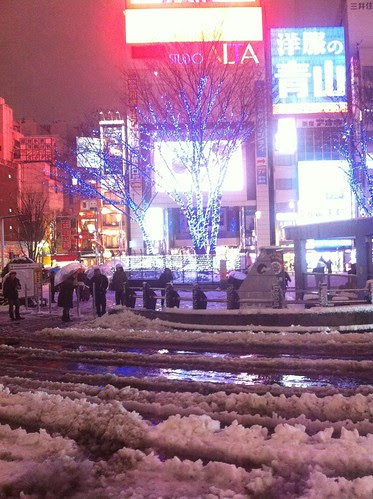 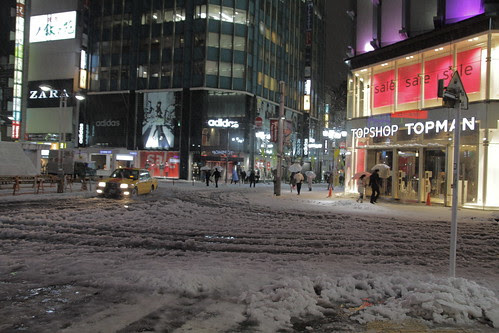