We Have Lost Even This Twilight: Remembering my trip to Pablo Neruda's houses in 2007

Last night, a friend posted on Facebook a Chinese translation of Pablo Neruda's CLENCHED SOUL (which was retitled as "We have lost even this twilight", just like the original Spanish title).

We have lost even this twilight.
No one saw us this evening hand in hand
while the blue night dropped on the world.

I have seen from my window
the fiesta of sunset in the distant mountain tops.

Sometimes a piece of sun
burned like a coin in my hand.

I remembered you with my soul clenched
in that sadness of mine that you know.

Where were you then?
Who else was there?
Saying what?
Why will the whole of love come on me suddenly
when I am sad and feel you are far away?

The book fell that always closed at twilight
and my blue sweater rolled like a hurt dog at my feet.

Always, always you recede through the evenings
toward the twilight erasing statues.


Seeing the poem, I cannot help but remember my pilgrimage to his three houses, La Chascona, La Sebastiana and Isla Negra, in Chile back in 2007. Has it been six years already? It felt like another life. I was in Chile for the Santiago Film Festival (SANFIC), it was the first ever film festival I attended either as a producer or a director. I went there for Ming Jin's THE ELEPHANT AND THE SEA, and stayed in Chile two days after the festival ended so that I could visit all of the houses.

This was me at La Chascona, which is situated in the middle of Santiago city itself. 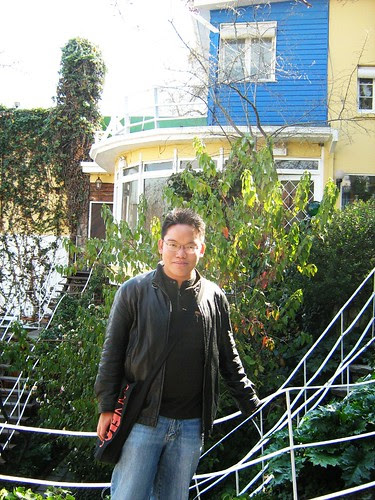 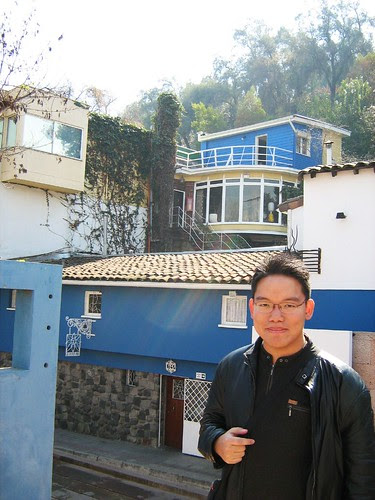 After that, I went to La Sebastiana at Valparaiso. 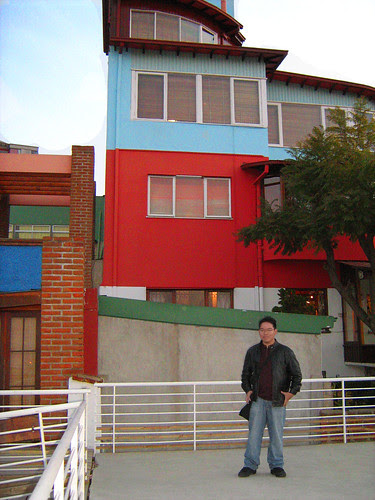 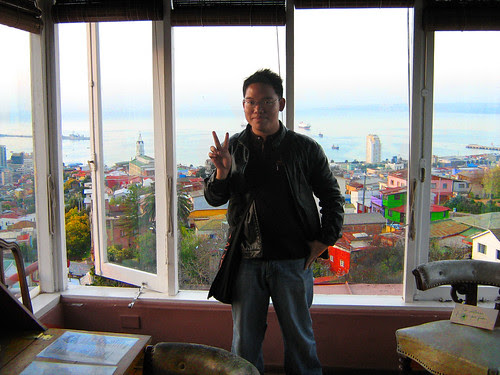 On my last day in Chile, I chose to go to Isla Negra, where Neruda and his wife were buried, their graves facing the sea. 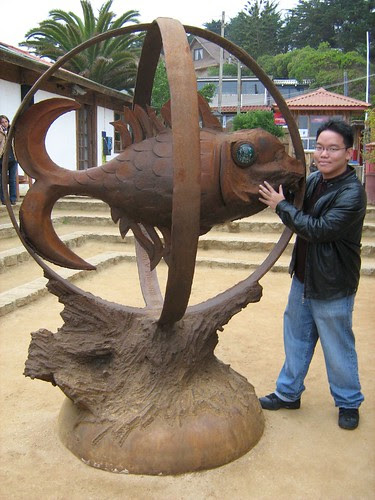 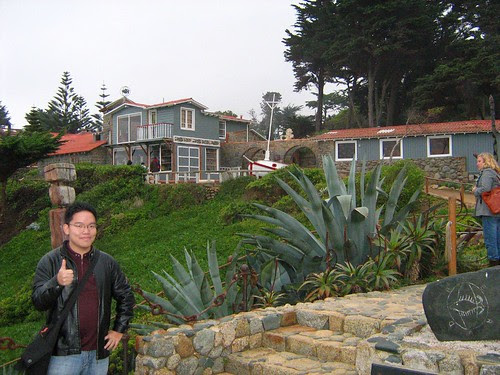 However, it was my trip to Valparaiso that lingers until this very day, the one-day journey seemingly mirroring the Clenched Soul poem. I took a 2-hour bus ride from Santiago to Valparaiso, arrived around the evening. Took a cab to La Sebastiana, and was awed by the beauty of the city. The houses and buildings were built upon the dozens of steep hillsides overlooking the Pacific Ocean. My time in the house was short, perhaps less than an hour. When I left La Sebastiana, it was twilight. The lights of the houses and buildings on the hills lit up brilliantly, I was in awe, and like all solitary trips that I have taken until this very day, I couldn't help but wish that there was a companion with me who were able to see what I was seeing, to share my awe, to share my memories of this beautiful trip.

Until today, words fail me when I try to explain to people what was it like when I went all the way to Valparaiso, I could not explain the sights, the feelings nor the wonder.

Traveling in solitude is always an opportunity to allow my mind to travel as well, either hiking through the forest of my memories or wading through the sea of my imaginations, either diving into the well of creativity, or setting up a mental camera to take these images which my own photography skills could not do justice to.

Neruda's poems constantly illustrated his love for the sea, I wonder whether this was contagious. The trip in Chile was very important to me creatively. After flaming out from the brutal experiences I had while making my student film in Perth, I was unsure of my future as a filmmaker. Had I been taking the right path? There were doubts, I was only 23.

Not only was I able to understand Pablo Neruda, I also managed to discover a writer named Roberto Bolano during that trip. Six years since then, I am still reading THE SAVAGE DETECTIVES (which I'm taking a brief break from to read Ruth Ozeki's A TALE FOR THE TIME BEING), and I still have 2666 waiting for me.

After reading the poem that she posted on Facebook last night, I wonder when would I ever have the chance to go back to Chile. Or whether I would ever have the opportunity to explore Valparaiso properly, before I lose even the twilight.


(It sounds great when recited in Spanish)