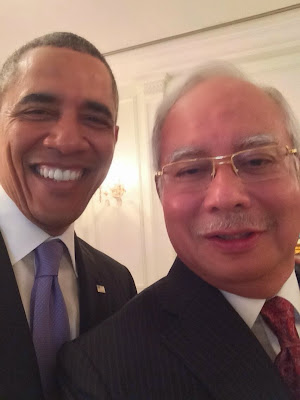 U.S. President Barack Obama's visit to Malaysia last weekend was quite a big deal to many in the country because it was the first time in 48 years when the president of United States came to visit us small Malaysians. (last one was Lyndon B. Johnson) That's why I have to post this for remembrance.

A few days before that, he was in Tokyo.

I didn't know about it until I was in Ginza, where the entire place was swarmed with police, roads were blocked, and lots of news team around.

Here's a video of his speech in the University of Malaya.

He also spoke about how Malaysia won't succeed if minorities are oppressed. Which was cool.

Predictably, our Home Minister felt that what Obama said was blasphemous. :)