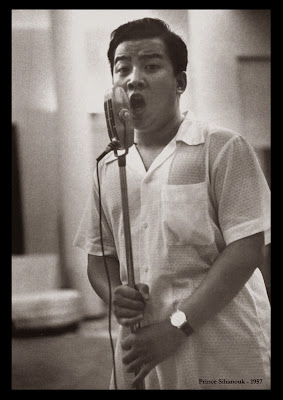 Yesterday, I caught the screening of a documentary called DON'T THINK I'VE FORGOTTEN: CAMBODIA'S LOST ROCK AND ROLL by John Pirozzi (I'll write more on the film in another post). And through this film, I became very intrigued by the late King Norodom Sihanouk, whose love for music helped create the golden rock & roll era in Cambodia. Yes, he played the saxophone and the piano. There are lots of videos of the King, on Youtube, singing. Here's an entire playlist of videos. Of the king. Singing.
READ MORE »

(Screenshot of NUOC 2030, NOT River of Exploding Durians!) Yesterday was the Cambodian premiere of RIVER OF EXPLODING DURIANS. I took the Tuk Tuk to the Platinum Cinema in Sorya Shopping Center. Taking a Tuk Tuk to a film festival screening? I don't think I've ever done it before. What an interesting experience! Post by Edmund Yeo . Sadly, these were the only photos I took that are related to the screening. :(
READ MORE » 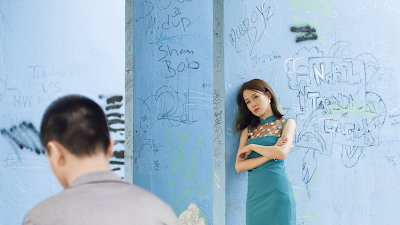 I'm currently hanging out at my hotel room in Phnom Penh. In a few hours, RIVER OF EXPLODING DURIANS will be screening. Technically, this is the first film festival for DURIANS after Tokyo International Film Festival, I'm pretty thrilled, this is my first time in Cambodia.
READ MORE »
More posts