- February 21, 2006
Well, being the top-rating site in Technorati that is related to 'Asian Cinema', I guess it is necessary for me to voice out my thoughts and predictions about the upcoming Hong Kong Film Awards 2005, which will be announced on the 8th of April (more than a month after the Oscars). 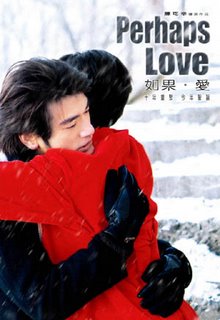 Comments:
I can't help but feel disgusted with this category. Isn't this supposed to be the top prize of the awards show? Then why the hell is some crap like The Myth nominated for 'Best Film? I would rather have something like Crazy N The City (a surprisingly fabulous film) or 2 Young (a film that is affecting despite Jackie Chan's son being in it) in its place. Initial D is a fun film, but not the kind of film to win awards. Seven Swords (which I never got to see) had lukewarm reviews, thus it's more or less between the musical romance Perhaps Love and the triad drama Election. Despite being a lifelong Johnnie To fan, I do not think that Election is one of his better films (it pales in comparison to the likes of PTU and The Mission, and I take Infernal Affairs 2 over this anytime), in fact, I was rather underwhelmed by it. As for Perhaps Love, it WAS Hong Kong's entry for the Oscars (it never got nominated though), therefore I assume they probably like this more. So I'm going for Perhaps Love.

Comments:
This is unbelievable, but I have yet to see a single nominated film (even Howl's Moving Castle). So I'll take a wild guess and go for Ke Ke Xi Li.

Comments:
Tsui Hark is unlikely to win, neither will Derek Yee Tung Sing (when he had won last year for the much superior One Nite In Mongkok). Initial D is amazingly stylish, but it wasn't that long ago when the two directors have just won their awards for Infernal Affairs (okay, it was kinda long ago), they won't reward the award to a film that doesn't have much of a chance to win Best Picture. Johnnie To had just won two years ago for Running On Karma, so I'll go with Peter Chan Ho Sun, who hasn't done a feature film since the much-lauded classic Comrades: Almost A Love Story nearly a decade ago.

Comments:
Aaron Kwok won the Golden Horse award last year for Divergence, but winning the Golden Horse doesn't mean that he's a lock for this. But he should be a favourite. Andy Lau was good in the schmaltzy Wait Til' You're Older, but it wasn't his best work. Tony Leung Ka Fai, who won back in 1991 for Viva La Rose (I think), got nominations for two films, Everlasting Regret and Election. Simon Yam won't really win since his role in Election didn't challenge him much. Thus far, the most lauded performances were Aaron Kwok's and Tony Leung's (in Everlasting Regret). I'll go for Aaron Kwok since he was in a much flashy and showier role. People would love to let this Hevenly King complete his comeback and help more in the Hong Kong box-office in the future. (winning an acting award will make him more legit, and thus marketing his future films will be much easier than Tony Leung's) Too bad neither Takeshi Kaneshiro nor Jackie Cheung were nominated for their performances in Perhaps Love.

Comments:
As much as I like Karena Lam. And as much as I've once rooted for Sammi Cheng, the former won't win while the latter's era is over. Sylvia Chang has won before in a pretentious sappy melodrama whilst Karen Mok will always remain underrated. Zhou Xun's performance in Perhaps Love was a tour de force. She'll win it.

Comments:
I'll be somewhat pissed off if Anthony Wong wins again. If he does, it'll be the 45305305830583053439624727272 Best Supporting Actor award he wins from the Hong Kong Film Awards. Alex Fong was weird as a flamboyant triad leader (I've gotten used to see him in cool manly roles). Wong Jing's dad, Wong Tim Lam's nomination was probably just to honour the veteran. Liu Kai Chi's not really a big-name actor, but I would like to go for him. If I really have to predict someone, I, unfortunately, will predict Anthony Wong, but I'm rooting for long-time TV actor Liu Kai Chi.

Comments:
Go Karena Lam. I've only seen 2 Young, and Election, both Teresa and Maggie's performances were solid but unspectacular, so I'll stick with Karena Lam. Hah.

Comments:
Among these five, Crazy N The City and Perhaps Love are standouts. But I think Perhaps Love will get it.

Comments:
Didn't see Rice Rhapsody and Before Twenty. Stephen Fung was competent with House of Fury, but lacked the flair he showed in his debut work. I'll still go for him.

Comments:
Hong Kong is desperate for a new box-office king, and how else to encourage one than to award Jay Chou with this award? Face it, even if he does nothing but farting throughout Initial D, he'll still be awarded. All right, seriously, he was better than expected (sure, he was wooden, but the role in the film never expected more from him)

Comments:
Perhaps Love is a beautiful film. Ah, the scene of Zhou Xun and Takeshi Kaneshiro embracing under the falling snow owns them all.

Comments:
The editing in Initial D was mindblowingly good. It's unlikely to win, but I'll still root for this.

Comments:
Long-time Studio Ghibli collaborator, Joe Hisashi had always been great, thus his compositions were one of the reasons why I wanted to see A Chinese Tall Story. I'm not sure, I haven't seen Seven Swords, while the score in Election and Initial D didn't leave much of an impression. Eerrrr, I'll go with Peter Kam and Leon Ko for Perhaps Love. Again. (I'm foreseeing a Perhaps Love sweep in the awards show)

Comments:
The Promise is shitty, but I'm sure everyone would try to do something to award it.

Comments:
Yeah, The Promise again. Films that suck can always get away as long as they are big-budget.

Comments:
Donnie Yen for SPL. Despite what my friends said, I was amazed by the fighting scenes.

Comments:
Perhaps Love by Jackie Cheung. Although Jay Chou is unlikely to lose.

Comments:
I'll go for Initial D. The Promise sucks. Even though I'm sure the committee will view its crap special effects as a historical achievement despite it cartoonish bulls that look even more cartoony than the ones in Lion King.