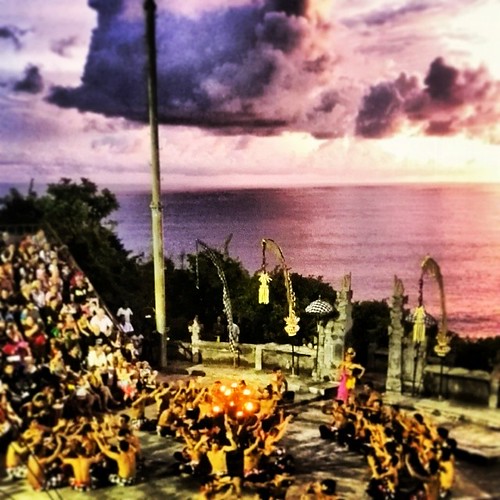 The night before I left Bali, I managed to watch the famous Kecak Dance in Uluwatu. It was an experience unlike any other.

The dance was performed at the spectacularly beautiful Uluwatu Temple, which is situated on the edge of a steep cliff. 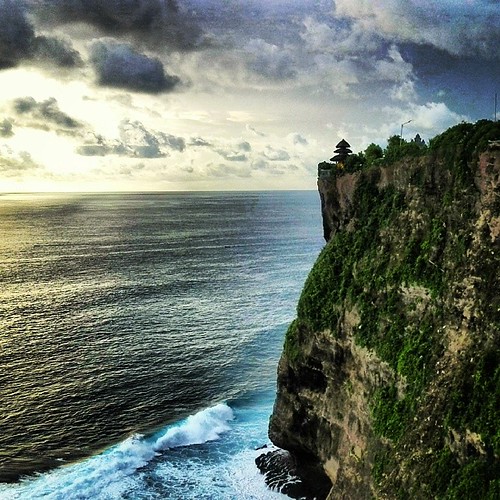 So we were surrounded by the sea, the dance beginning when the sun was about to set, and ending when the sky has turned dark.

The Kecak Dance depicts a battle from the Hindu epic Ramayana (which I don't exactly know that much about compared to Mahabharata). Originally a trance ritual accompanied by male choruses, in the 1930s, Walter Spies, a German painter and musician, was so fascinated by the ritual that he adapted it as a drama intended to perform for tourists.

Although it's argued that the local Balinese were already developing this into a dramatization of Ramayana in 1920s.

I don't know who speaks the truth, but the Kecak Dance can be viewed in its entirety here.


Here's an excerpt of Ron Fricke's Baraka, which features a Kecak performance too. Mesmerizing stuff.