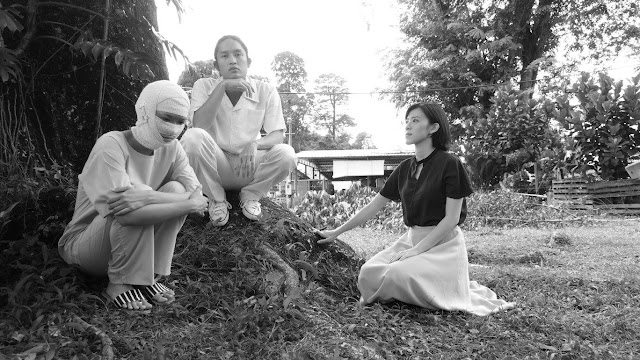 When was the last time I have actually posted here? Probably nearly 6 months ago, during the Tokyo International Film Festival. The truth is, ever since I figured that I can automatically post my Instagram posts here, I have gotten lazy.

But somehow, my Instagram pictures stopped appearing it, it's quite a bummer, but it means that I have to return and actually WRITE here. To my imaginary audience of one.

In that amount of time since I was gone, I have shot my new feature film, "Aqérat". That was late December. Been working on it since then.

"Aqérat", which means "life after death" in the Rohingyan language, tells the story of a desperate young woman named Hui Ling (played by regular collaborator Daphne Low) who gets involved in human trafficking. It's about the recent Rohingyan migrant crisis that had been happening the past few years, it's also a love story.

Film is shot in the Northern state of Kelantan, which is really close to the Thai-Malaysia border. Before the shoot, I've never been there before, but filmmaking is an act of constant exploration, thus it would have been a waste to not find a way to capture this beautiful, unique place onscreen.

In truth, this film project happened pretty suddenly. But it's been nearly 3 years since I have shot my last feature River of Exploding Durians and I gave myself a rule to make my next film within 3 years, because the film world is constantly evolving, and I didn't want the entire world to pass me by before I get to make my next film. It's a depressing thing to even think about.

This site has also gotten a major revamp, been trying out the new Blogger themes. Unfortunately, by doing this, the old commenting form has disappeared. I don't know how to even put it back. It makes writing here and even bigger act of isolation. But nevertheless, I can still be found on Facebook or Twitter.