Why Watch tonight's CINTA TIGA SEGI: One third of it went to major international film festivals. You view it for free.

One of the three segments of tonight's telemovie, CINTA TIGA SEGI, was extracted and turned into a short film called BLUE ROOF (which I've mentioned before).

Aside from that, the short film will screen at the Malaysian Shorts in HELP UNIVERSITY on the 21st of January. 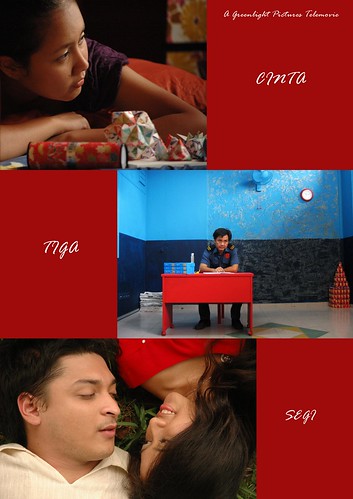 However, CINTA TIGA SEGI will provide a definite, conclusive ending for BLUE ROOF that wasn't available in the actual short film. So even if you've seen the short film, you STILL need to catch this film, tonight on NTV7, 10:45pm.