The Sun's Pauline Wong did a feature on KURUS, this telemovie I produced and couldn't stop talking about in the past few weeks.


This one is interesting because you get to read about our teenage cast's points of view. 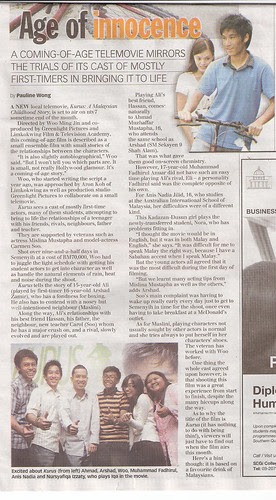 I need to rectify a tiny little mistake I spotted in the article though.

And I have to say, the collaboration is definitely a fruitful one.

It will also have its festival premiere at the Hong Kong International Film Festival next month.