Showing posts with the label Media Mention
Show all

Been back from Busan for more than a week, and immediately dove into the production of a music video (well, if you are still following this blog, or my Instagram feed, you'll see the photos), hence the lack of recaps. On the 4th of October, Ming Jin's documentary RETURN TO NOSTALGIA finally had its world premiere at the Busan International Film Festival. RETURN TO NOSTALGIA is part of the POWER OF ASIAN CINEMA program, in commemoration with the 20th anniversary of the Busan Film Fest, 10 Asian directors were each commissioned to make a 50-minute documentary about their own cinematic history. Ming Jin chose to make a film about the search for SERUAN MERDEKA, the very first post-war Malay film which is missing. Before the screening of RETURN TO NOSTALGIA, however, I went to catch the first two volumes of Miguel Gomes' sprawling three-part ARABIAN NIGHTS. The films began with a disclaimer that they are not adaptations of the novel (more like a film that's very loos
READ MORE »

Featured on nüyou Magazine (May issue) 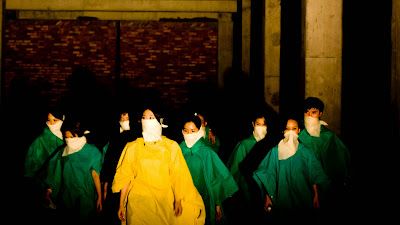 Ever since the announcement of its nomination in the Main Competition section of Tokyo International Film Festival late last month, the local media had been very generous with their coverage of RIVER OF EXPLODING DURIANS. For that, I am very grateful.
READ MORE » 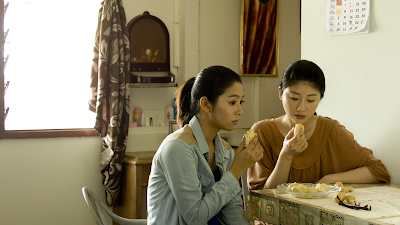 A week from now, I'll be flying off to Tokyo for the Tokyo Film Festival, where RIVER OF EXPLODING DURIANS will be making its world premiere. Two weeks ago, before going off to Busan, I was on Agenda Awani to talk about my film. It was a great chat with host Kamarul Bahrin Haron. Thanks for having me there, Astro Awani.
READ MORE »

August 17th, exactly a week from now, my new short film FLOATING SUN, which is part of the "3 DOORS OF HORRORS" omnibus horror will be launched online. It's great to see this being covered by The Hollywood Reporter yesterday .
READ MORE »

- July 17, 2013
In my last post, I mentioned about the web series that I co-directed and wrote, AUTUMN DI HATIKU. 14 episodes had came out, so the series has already reached its halfway mark. What truly amazed me in the past few weeks was the media coverage of this series.
READ MORE »

James Lee, Jinnyboy and I talking about short films (The Star, 6th of January, 2013)

Back in December, I did an interview with The Star's Kenneth Chaw for an article about the rising popularity of short films in Malaysia . The article came out exactly three weeks ago while I was still in Kanazawa . (I found out about that, naturally, from friends on Facebook.) The other interviewees were filmmakers James Lee and Jin Lim (more popularly known as JinnyBoy), well, excuse ME for not having a name that starts with J. Kenneth and I had a really long email interview, which never really made it to the final article, but I will be posting that later. For now, you can just have a look at the full article:
READ MORE »

Last week, just before I returned to Tokyo, I did an email interview with Phyllis Ho of R.AGE (the weekly youth section of The Star) about Woo Ming Jin's DOUBLE (which I co-wrote, produced and edited), and also horror films in general. I assume it's for Halloween. The article came out a few days ago. Here's my part:
READ MORE »

Mom called me this morning as well, to tell me that Last Fragments of Winter's receiving of the award in Sapporo Film Fest is also on today's China Press . 冬天， 最后的碎片」在札幌国际短片影展获奖的事情 也被登上中国报了 。感恩。
READ MORE »

Mom called me yesterday morning to tell me that news of LAST FRAGMENTS OF WINTER receiving the award in Sapporo Short Film Fest was on yesterday's Sin Chew Daily. The entire article (in Chinese only) is here . Now I switch to Chinese.
READ MORE »

Mom and Dad were on the newspapers

In the past month, both my mom and my dad were featured on the papers.
READ MORE »

Interview with me on the Pia International Film Festival website

This Japanese interview with me was done last November and had been posted on the PIA International Film Festival website . I feel bad that I am posting old news, I never liked clinging to past glories. But for the sake of preservation, and just in case I cannot find the interview anymore, at least I will have records of it here.
READ MORE »

The very awesome arts and culture website Empty Kingdom had just posted an interview  they did with me. In this interview, I discuss why I stick with short films, and mostly on my latest short LAST FRAGMENTS OF WINTER.
READ MORE »

The awesome Japan Cinema had posted a very in-depth interview I recently did with its editor-in-chief Marcello as part of their "Creative Spotlight" series.
READ MORE »

Directing Life - article about me on Style: Magazine (Jan 2012)

I never imagined myself ever appearing on Style: Magazine. Ever. Not in my wildest dreams. Life is pretty insane. But here's Nicole Foo Bihzhu 's feature on me at Style: Magazine. I have to thank my old secondary school classmate Jesly Hieng once again, for scanning this. I was unable to find the magazine anywhere since I got back!
READ MORE »

This article by Dennis Vetter at the highly-regarded German film website NEGATIV came out just a few days after the Dec 22 screening of the omnibus film '60 Seconds of Solitude in Year Zero' (on Christmas Day, actually). I saw this article shortly after it was published and browsed through it hoping that I could understand something with my limited German skills. Unfortunately, the only word I recognized was my own name. So I ran this through Google Translation and here's a rough translation about what the article said regarding 'I DREAMT OF SOMEONE DREAMING OF ME', my contribution to the omnibus film.
READ MORE »

It's a great way to start the year. The stunningly beautiful balloons of the Zojo-ji New Year Countdown . An epic dinner of desserts with Dawn Yang yesterday. Had an epic dessert meal with @ DawnYang1 our eating skills are surprisingly equal, even though we're both so slender twitter.com/greatswifty/st… — Edmund Yeo (@greatswifty) January 2, 2012 And today, on the 3rd day of 2012, Maggie Lee's review of 60 SECONDS OF SOLITUDE IN YEAR ZERO (omnibus film I participated in) on Hollywood Reporter had this to say about my segment "I Dreamt Of Someone Dreaming Of Me".
READ MORE »

It had been raining the last few days, all traces of cherry blossoms are gone, aside from some petals scattered on the ground. Ever since I came back to Tokyo, I had been working around the clock to finalize the editing of my new film, LAST FRAGMENTS OF WINTER. Professor Ando (executive producer!) had hired the services of professional (and legendary) sound mixers and sound effects companies for the post-production, I'm very blessed. Two nights ago, I was made aware by a former schoolmate of mine that the Malaysian Chinese paper China Press' interview with me (and my mom), which I did just a day before I left Malaysia, was available online (Chinese only).
READ MORE »

I was interviewed by NTV7.
READ MORE »
More posts