Showing posts with the label Hayao Miyazaki
Show all 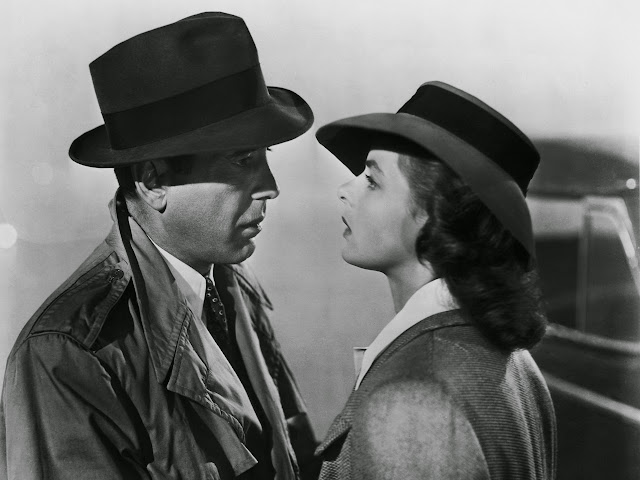 Recently, there had been a couple of memes spreading around on Facebook where people challenge one another to name 15 films that will always stay with them, within 15 minutes. (other iterations of this meme include literature, video games etc. which I will post some other time) For now, I will elaborate upon the 15 films that I named off the top of my head.
READ MORE »

Last July, my friend Lydia sent me an article about a US-based Malaysian author Yangsze Choo , whose debut novel THE GHOST BRIDE had just been released. The author was a family friend from Lydia's childhood. In the book, its protagonist Li Lan receives a proposal of marriage from the wealthy family of Lim Tian Ching, a young man who died of fever a few months earlier.
READ MORE »

The awesome Japan Cinema had posted a very in-depth interview I recently did with its editor-in-chief Marcello as part of their "Creative Spotlight" series.
READ MORE »

Ponyo On The Cliff By The Sea 崖の上のポニョ is beautiful

A confession. When I was watching Ponyo On The Cliff By The Sea at the cinema yesterday, I was a little choked up during one scene. And yes, damn it, I teared up too. I was so awed by the exuberance and beauty of a scene that I couldn't help but find a single tear trickling down my face. I won't spoil that scene, but it involves the storm, and a girl running frantically ON the crashing waves. Yes, I went 'Wow' and teared up.
READ MORE »

The Castle of Cagliostro

Justin: I've pretty much given up on anime; the combination of no time to invest in long series combined with the loss of the initial luster at having seen all the really necessary stuff means it's hard for me to get excited by it anymore. Throw in the tendency for new series to be incredibly derivative and it's not surprising I haven't watched anything in months. The solution? Go back in time...
READ MORE »

Continuing my MUCH OVERDUE (and probably underappreciated *sob*) contribution for the Miyazaki Fest . Go to Part 1 to read my evaluations of the female characters in Nausicaa and Laputa: Castle in the Sky .
READ MORE »

Sometime in late April, Walter of Quiet Bubble announced his intention to call for a Hayao Miyazaki blog-a-thon, which I had initially wanted to participate, until I had to suddenly take over the production of my last short film Vertical Distance (originally just the screenwriter, I ended up directing the damned thing). As I had to work on my own film for weeks, I had to miss Quiet Bubble's actual Miyazaki Fest when film blogs around the world were writing articles dedicated to the legendary Japanese director. I first discovered Hayao Miyazaki back in 1992 when I was eight. Laputa: Castle In The Sky was the first film I've ever watched by him, and until this very day, it occupies a special place in my heart, it's unlikely that anything can supplant its position as my all-time favourite Miyazaki/Ghibli film. Laputa: Castle In The Sky definitely changed my life then, I spent four consecutive nights watching and rewatching it, too blown away by its flawlessness and greatn
READ MORE »
More posts