Ming Jin the Mentor and our latest production, KURUS, had been featured in the 3rd of February's New Sunday Times.

Aside from the film itself, this article focuses mostly on our wonderful collaborators, The Limkokwing Film and Television Institute and their involvement in KURUS. 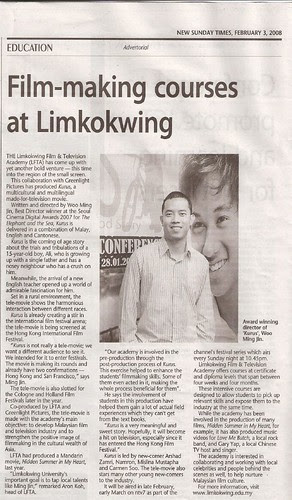