Teaser of THE ELEPHANT AND THE SEA


Trailer of THE ELEPHANT AND THE SEA


Guess it's time for me to make this announcement too.

All righty folks, we (that's Greenlight Pictures) have officially begun pre-selling tickets for the award-winning film THE ELEPHANT AND THE SEA!

I was involved in the film as associate producer, also did some additional editing and composing for its Malaysian version (the music you hear in the trailer is mine). 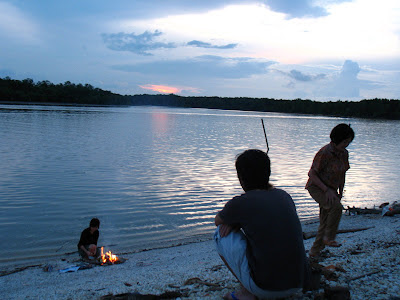 These specially printed limited edition tickets are going for a special rate of RM6 for Students and RM8 for everyone else!

The tickets are valid for ANY screenings from AUGUST 21 to SEPTEMBER 3, 2008, at the CATHAY CINEPLEXES, at the CURVE DAMANSARA. So yes, all you have to do is buy the ticket early, then exchange at the counter when you're at the cinema, it's that simple.

We are offering this discounted rate (from the normal RM10), to encourage people to watch this film.

So here's how you can get the tickets: 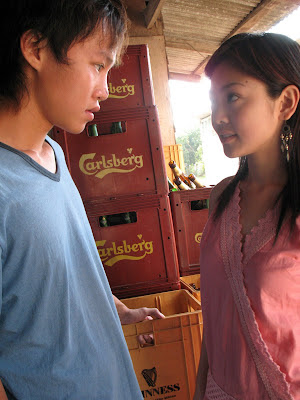 1. Tickets can be purchased and PICKED UP at the DA HUANG PICTURES office at No 4, Jalan SS1/20A, Kg. Tunku, Petaling Jaya. You can email me at greenlightpictures@gmail.com for more info.

2. Email us personally, and we can reserve the tickets for you to be picked up. If you are buying in bulk (10 tickets or more), we might be able to deliver it to you.

3. If you would like to purchase tickets but cannot pick them up for some reason, please email us anyway, and we'll help you figure it out! I hope you will all support us! Thanks!

The Elephant and the Sea officially opens in Malaysia on the 21st of August. The critically-acclaimed film had won the BEST DIRECTOR and CRITICS Awards at last year's Cine Digital Seoul Film Festival. It also won a SPECIAL JURY AWARD at the Torino Film Festival, and another BEST DIRECTOR Award at the recently concluded DIBA Digital Barcelona Film Festival in Spain.

You can read a glowing review of the film from VARIETY here. I also want to thank Thomas for holding a contest on his blog to give away the film tickets. You people can actually try your luck at the contest if you to!