Footsteps in the Snow

Returned to Malaysia just a few hours ago.

The past few days had been great. It's unfortunate that I didn't take a single photo during my brief trip in London. Three nights were too short for me, especially when I had such a hectic schedule. I saw a play starring Richard Dreyfuss called Complicity at the Old Vic, then I met up with a number of old friends from secondary school whom I've never seen since... secondary school, and after that, I went to do some hardcore book-hunting at the numerous antique bookshops in Charing Cross Road. So no, definitely not that much time to take photos.

But I'll rewind a little to the morning of 10th of February.

I woke up on the sofa of my hostel room in Berlin on the morning of 10th of February. Looking out through the window, it was all a blur. My initial thought was that the rain from the night before hadn't cease. But I didn't hear the sound of raindrops, so I opened the windows and stepped onto the balcony.

And then I realized it was snowing. 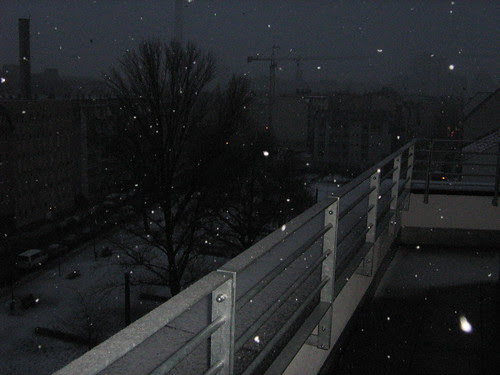 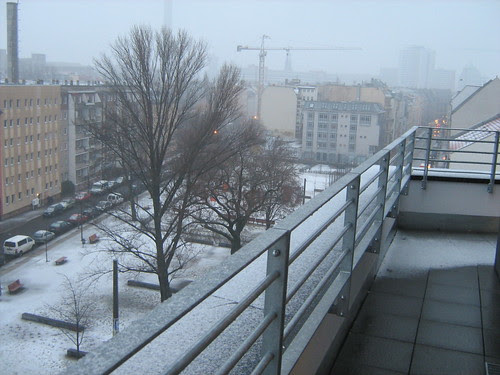 I can't remember how both photos above look so different from each other. Maybe I've forgotten to use the flash or something with one of them.

It was a little amusing, when I realized that despite my recent jet-setting lifestyle, I've never actually seen the snow up close, let alone feel them.

So white, and strangely fascinating. 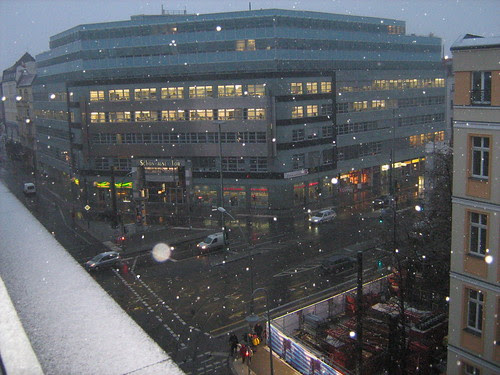 I've always spoken about going to Hokkaido during my time in Tokyo. Firstly because I loved Shunji Iwai's LOVE LETTER and I have this twisted desire to reenact the iconic scene from the film where the main protagonist played by Nakayama Miho stood alone in the snow and cried out "O genki desu ka?" (how are you?) at a range of snow-covered mountains, where her fiance had died years ago in a mountaineering accident.

Secondly because I've never actually seen nor felt the snow, so I thought that going to Hokkaido would be my best chance to break the drought. Hokkaido became a concept, manifested by my desire to see the snow. Unfortunately, a trip I had foolishly contemplated to embark upon late last year was canceled, and I settled for the Kansai Region instead, which was still pretty wonderful, as you can see from this video and this video. But I never saw the snow.

I had thought to probably wait out for the whole year again (by the time I return to Japan, it'll be April, so winter would have already ended) before I attempt another trip to Hokkaido.

Little would I have expected to actually see the snow for the very first time in Berlin, not that I never knew that Berlin would snow, just that it was a tiny fact that escaped me when I was flying there.

As I stood alone in the snow, as the sun of the morning sky hid coyly behind the grey clouds, as the snow continued swaying rhythmically about me before they disappeared into white nothingness upon the ground, and as I waited for the time to come when buses would arrive at the hostel and transport all people from the Berlinale Talent Campus to the Theatre Hebbel am Ufer, I decided to leave a temporary mark upon the snow gathering at the balcony. 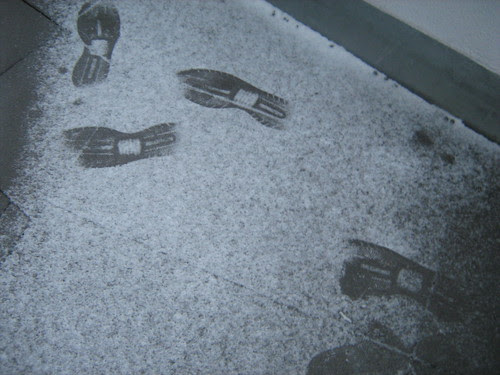