I've returned to Malaysia last night. The postproduction of my Japanese film, KINGYO, has to be postponed until April.

The main reason why I'm in Malaysia right now is because I'm producing Ming Jin's new feature film, WOMAN ON FIRE LOOKS FOR WATER (good title huh?). This is his official feature film since THE ELEPHANT AND THE SEA (KURUS and CINTA TIGA SEGI were TV movies).


This film is one of the six recipients of coin from the 'Independent Feature Film Incubating Fund' section in last year's Pusan International Film Festival Asia's Cinema Fund.

We are shooting at Kuala Selangor again, it's the same place where THE ELEPHANT AND THE SEA and my own short film, LOVE SUICIDES, were shot. I just went to do some location scouting with Ming Jin this afternoon.

The place is always fascinating, and exotic even to a local like me. 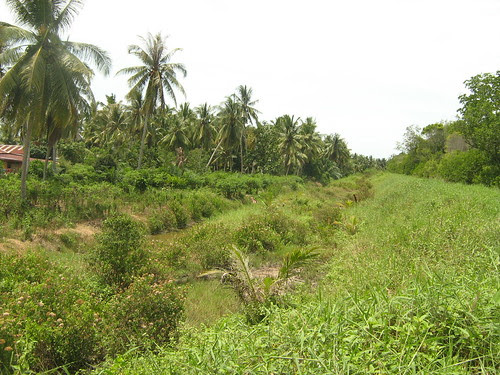 There's even some abandoned boat lying in the middle of the forest. 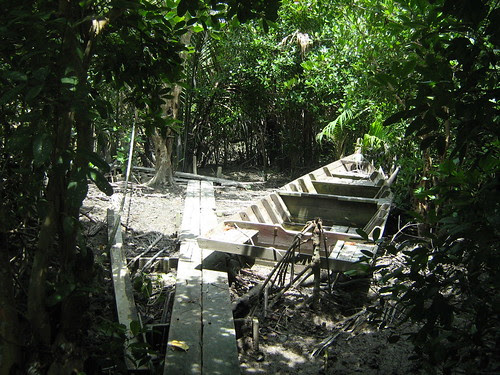 Ming Jin's standing by the river where many scenes of the film will be shot. 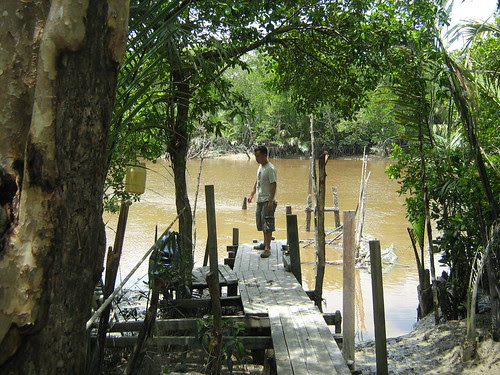 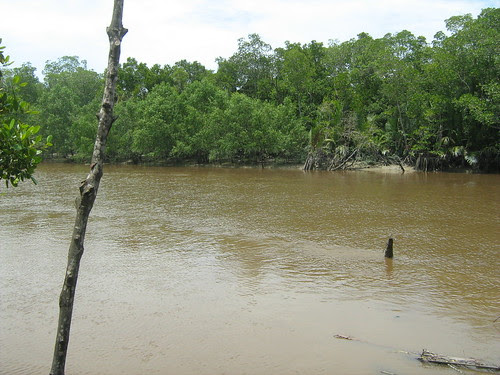 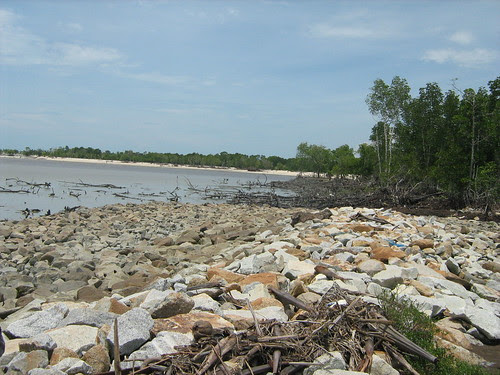 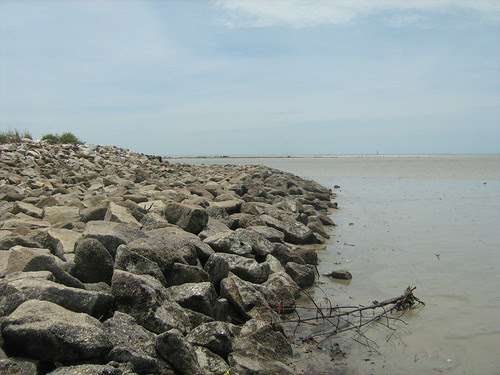 I saw some mudcrawlers too, somewhere near a restaurant by the sea. 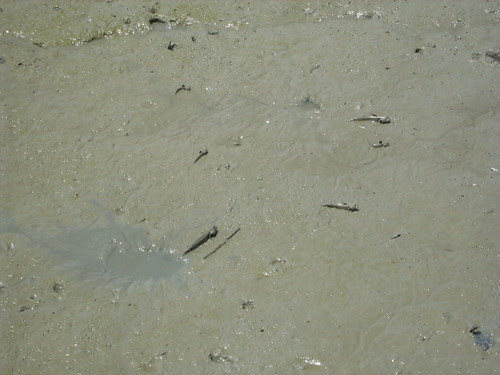 There was also a poor dead fish. :( 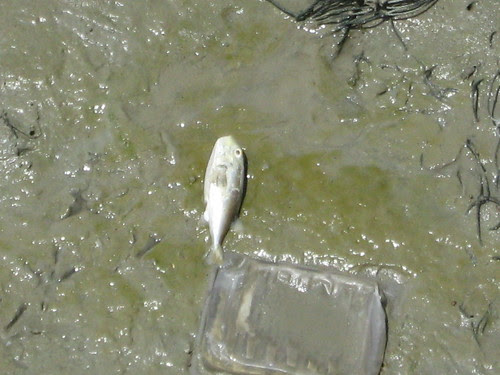 For me, the coolest thing I saw today was a Chinese Opera performance. Ming Jin and I were excited to see a group of elderly actors preparing on this stage beside a temple, so I went over to check them out. I spoke to a woman who is supposed to be the lead actress. Due to some miscommunication, I thought they have performances like this everyday, Ming Jin and I were excited, he was already planning to incorporate their performance into the film, I was already pondering the possibilities of shooting a short film that revolves around them.

But I would later find out that what she meant was that the theater troupe will be performing everyday FOR THE NEXT FOUR DAYS, because of some Taoist (I assume) festival. They are performing twice a day, 2pm and 8pm, each performance lasting for two hours. We were disappointed.

But we sat and watched the opera for a while, actually, there really weren't any audiences around. They have already started performing despite the fact that there weren't anyone around before Ming Jin and I arrived. However, there were a few people resting on hammocks underneath the stage. Occasionally, some bikers would pass by, and stop for a while to watch. Like the woman in blue below. 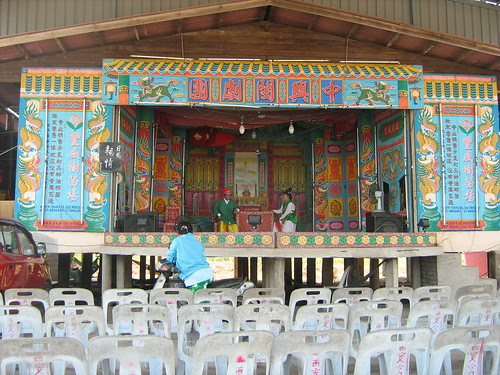 The film will be interesting, and I will be updating you folks about this for the next few weeks, hopefully.

I'm not going to reveal the cast yet. There will be some newcomers, and there will also be some well-known veteran actors who were on lots of local TV series in the past, one we coaxed out of semi-retirement. I'm excited.
Email Post
Labels: Woman On Fire Looks For Water