Guy lying on the streets, wasted

Nearly a year ago (May 8th, to be exact), I had all-you-can-eat Shabu Shabu with two of my old Japanese friends, Ai and Iyo, whom I knew from my Perth days. I even have it on video.

Last night, another old friend of mine, Noriko, came all the way from Kyoto for a visit. (As I've mentioned, it's Golden Week) So I brought them (Ai, Iyo and Noriko) to all-you-can-eat Korean BBQ at Takadanobaba instead.

With my camcorder dead, I could only snap some blurry pictures. 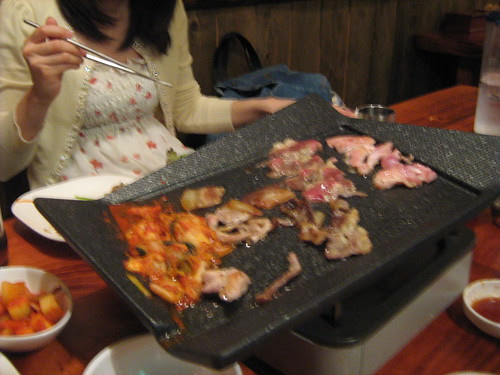 Ai and Noriko enjoyed the meal. 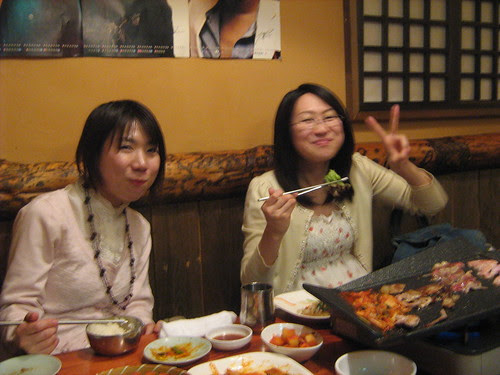 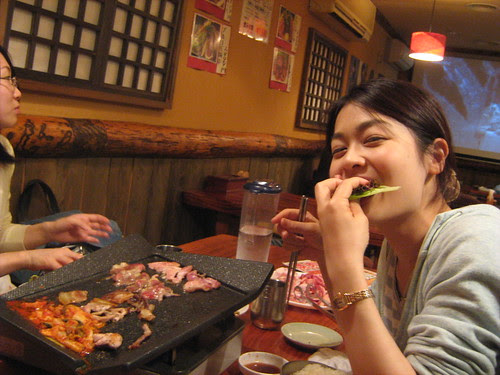 Iyo left early because she has a wedding to attend the next day (that's today). I left moments later with the other two. While we were outside the train station, I took a photo with Noriko, whom I haven't met for more than 3 years. 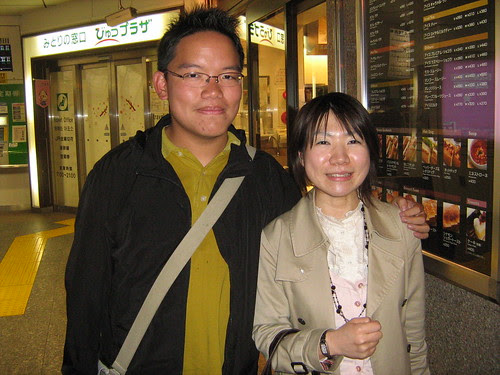 I also took a photo with Ai because we've actually not seen each other since last July. 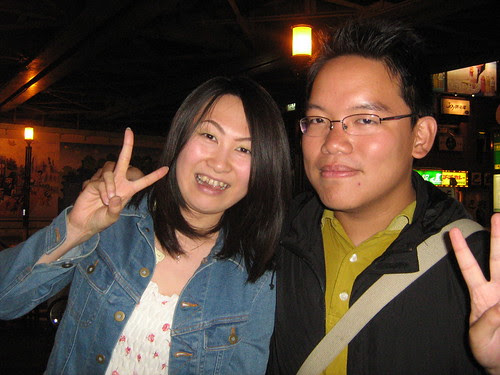 It's weird that even though I'm in Tokyo most of the time, I seldom meet up with old friends. So much of a workaholic that I really might not have a semblance of a social life?

As they left, I made my way home.

Then I saw a man lying in the middle of the street. I assumed that he was homeless, but as I walked past him, I noticed that he was wearing a suit, and holding on to his briefcase. So I guess he was just a guy totally wasted after having too much to drink. Well, at least he wasn't naked like Tsuyoshi Kusanagi. 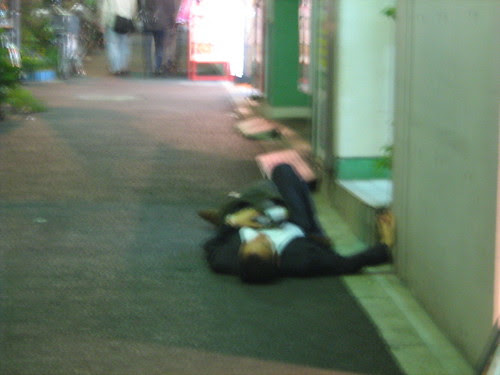 Luckily for him, two elderly ladies who spotted him immediately tried to wake him up. 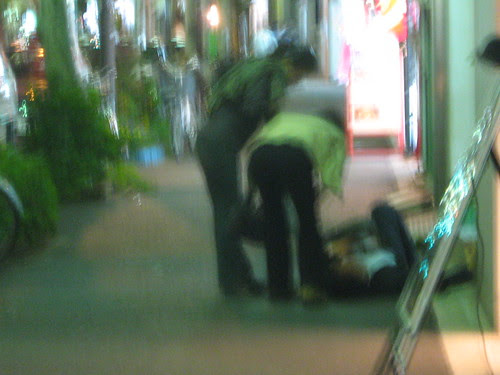 It was very nice of them, unlike this one guy who was standing from a distance, snapping (very) blurry photos of the poor man. Sheesh.
Email Post