Photos from the ONE LOVE JAMAICA FESTIVAL 09

At around half past 3 on Sunday afternoon, I went with Eric (my friend, not my dad), to Yoyogi Park for the One Love Jamaica Festival 2009. (additional photos of the festival can be found in Glen's blog and Neil's blog... which, at least, were taken with a real camera)

As I met up with him at the bridge near the Harajuku station, I saw a couple of guys offering free hugs. 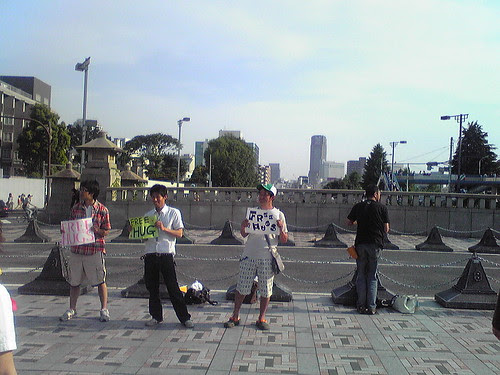 There was also a guy dressed up like an old guy. 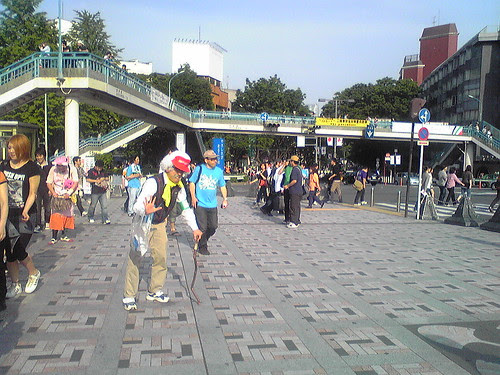 We continued our way past the entrance of Yoyogi Park, where we saw the famed Yoyogi Biker Dancers. 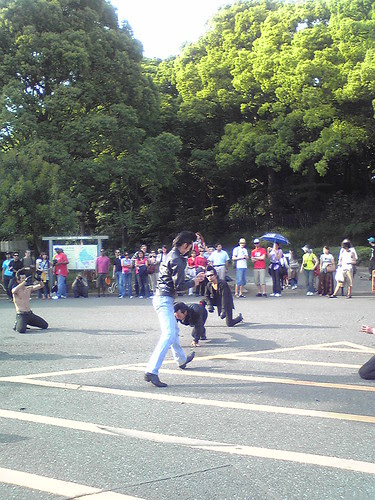 As I was near the festival, I think I wanted to snap a photo of something, but these two ladies got in the way. 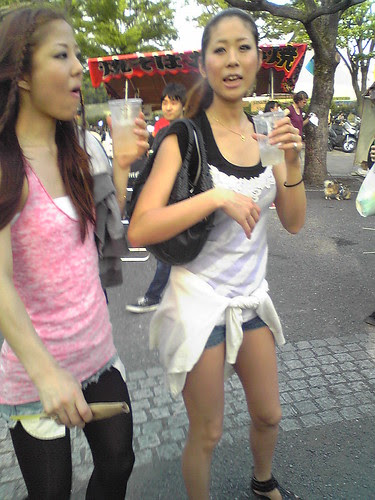 Pity. Obviously I came to the festival wanting to expose myself to other cultures, and not to look at pretty women. That would be shallow.

For example, I wanted to enjoy the photographs from the photo exhibition. 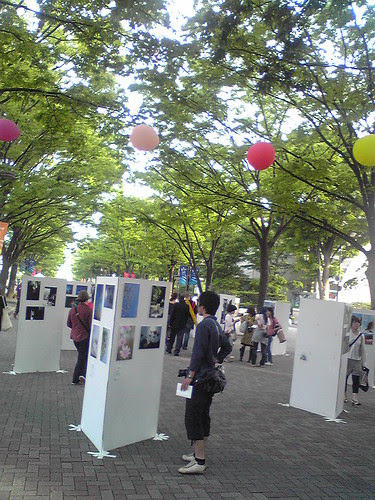 While nearby, two ladies were patting a dog. 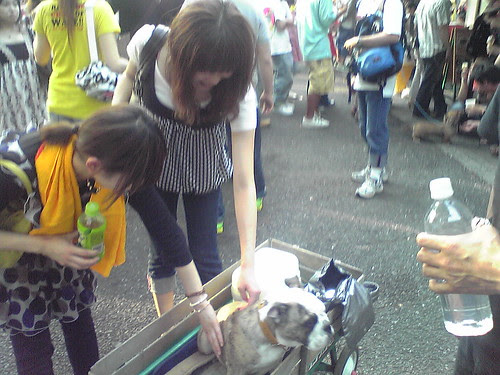 This little girl wasn't too happy that I was taking a photo of her, I guess. 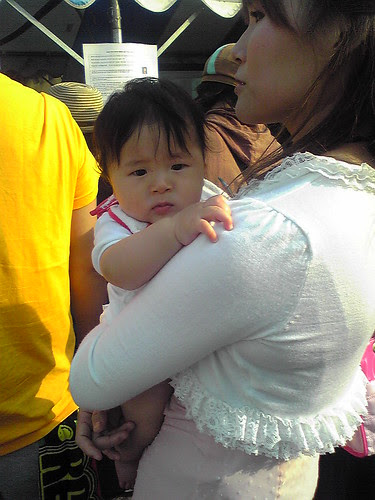 I went to try out some Jamaican food. Thinking of Jamaica, I thought of the great pick-up line: "Are you from Jamaica? I can speak Jamaican, Jamaica me crazy, baby!" But I'm sensible enough to know that using the line in real life will end in tragedy, I kept quiet. 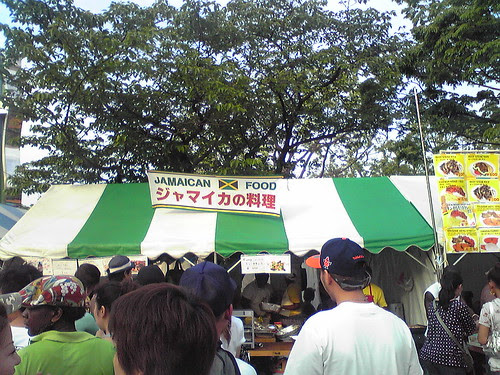 I wanted to try the Ackee and Saltfish, which is supposed to be the national dish of the country. 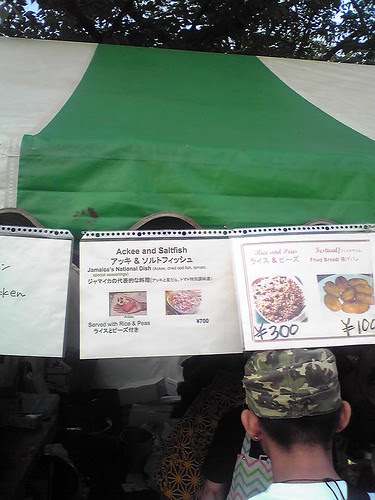 But they ran out of rice, so I had their Jerk Chicken instead.

Some photos I took as I moved through the crowd while eating the chicken: 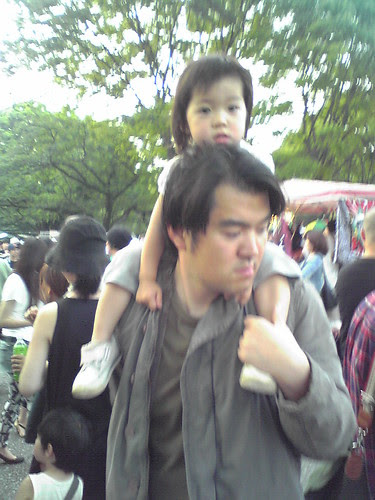 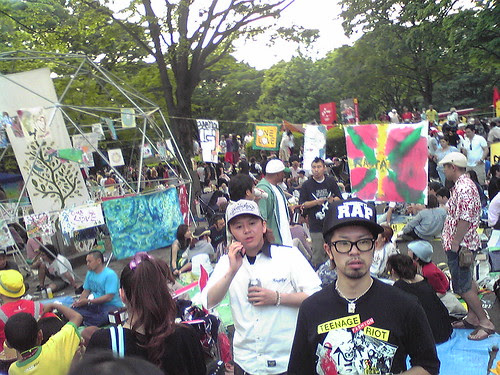 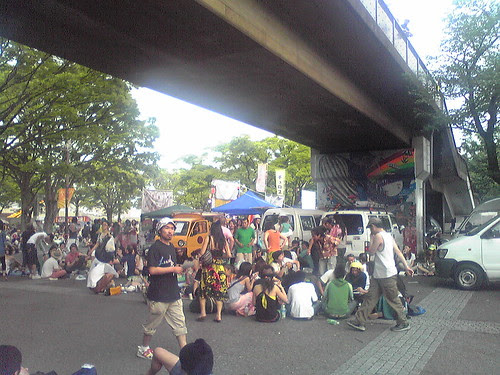 There was a little girl running around in her mother's shoes. I thought it was a surreal sight. 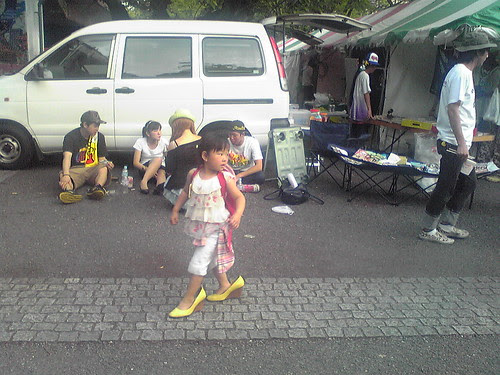 Not so surreal was the sight of pretty women having their picnic at the park. 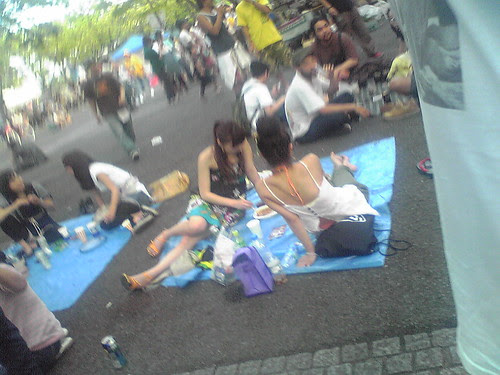 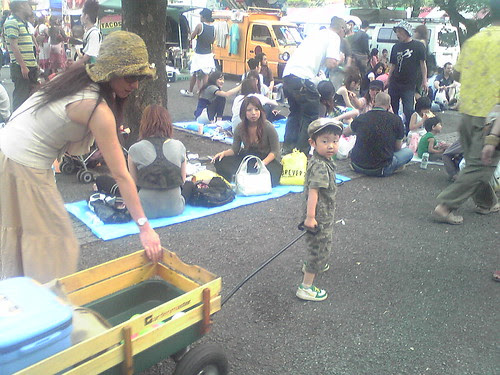 There were quite a number of food stalls. 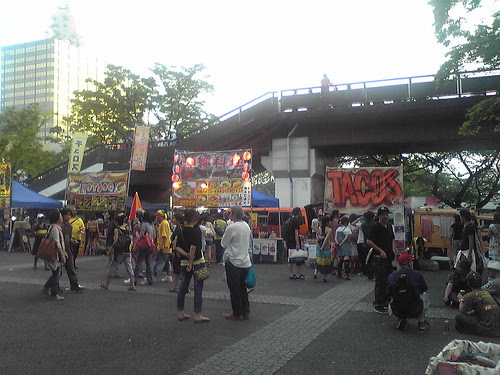 Not satisfied with the measly amount of jerk chicken I had, I decided to have some kebab too. 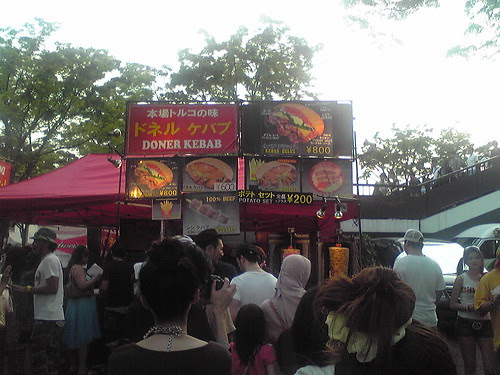 The lady in green looked at the stall with so much contempt and seriousness before lining up for some kebab made her an interesting target for psychoanalysis. Hence the photo. 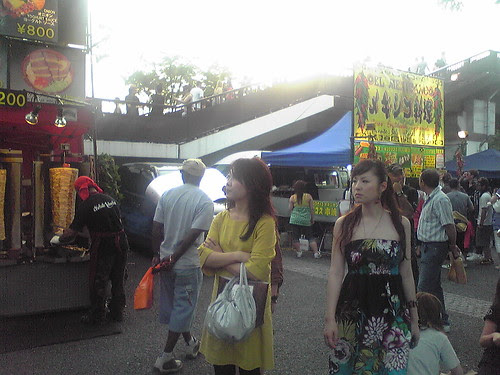 I was still waiting in the queue, so I snapped more random shots. I was beginning to like taking photos with my cell phone compared to my actual camera. 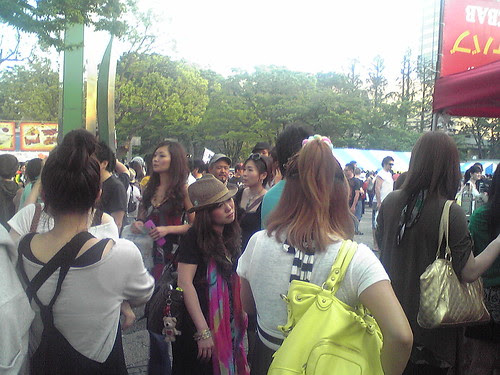 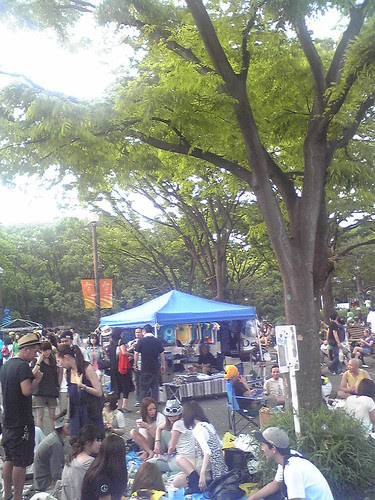 After getting kebab and fries, Eric and I tried to find a place to sit, I then walked past a young woman who kept on looking at me.

I noticed that and offered her some fries. A radiant smile of surprise spread across her face before she took them.

I then took a photo of her dog named Naster or Nester... not entirely sure, but it's 6 years old. 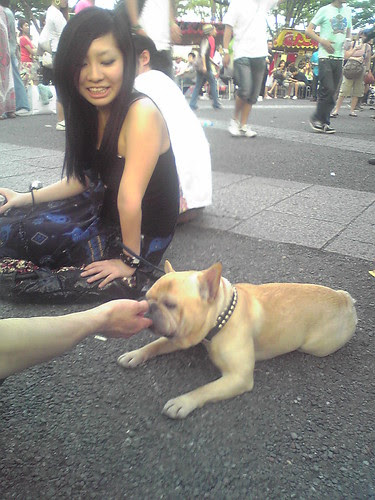