Yesterday (October 3) was the Mid-Autumn Festival, also known as the Mooncake Festival. It was also friend, Yuan Yue's birthday. (also known as Lune, back in 2005 we had a sublime artistic collaboration where she would draw illustrations and I would write stories based on them, it ended up as a novella written in 24 hours, you can still check it out here. By the way, it was also occasional ex-guestblogger Justin's birthday). She had been visiting Japan since the 22nd of September (we came to Tokyo on the same flight, through a serendipitous stroke of coincidence).

She wanted to try out the fresh sushi at the Tsukiji Fish Market, so we went in the morning. (But when I said morning, I meant the relatively-late 10:30am, not the 5-6ish am when they hold the fish auctions, we only wanted to eat fish, not buy them)

As we walked past shops after shops, we found it hard to pick one to eat. Until we saw a crowd gathering in front of one, and an old man having a public demonstration of cutting up tuna outside his shop, Sushisen. 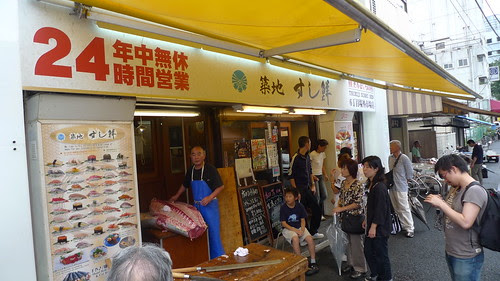 Pyrotechnics and gimmicks? We were immediately sold.

In spite of the poor tuna. 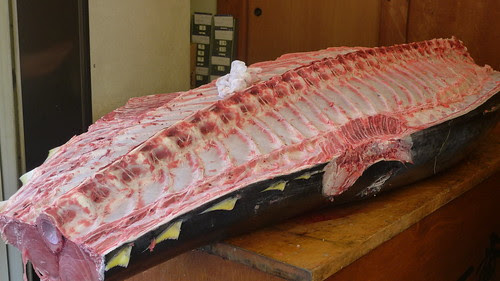 Of course, the long queue outside the shop was a major factor too.

We went in and started choosing. Well, Yuan Yue did, since it was her birthday. 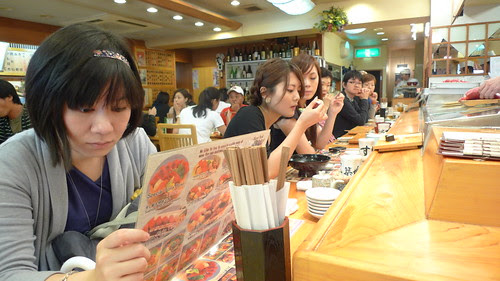 Then the sushi arrived and I snapped a pic. To my horror, the focus went to the two women in the background instead of the sushi, which, I can assure you, was definitely not my intention, as intriguing as the duo were (they looked Japanese, yet they conversed to each other in English, so I assumed one was Japanese... the other Korean? Not that I was eavesdropping, uh-uh, they just spoke loud enough) 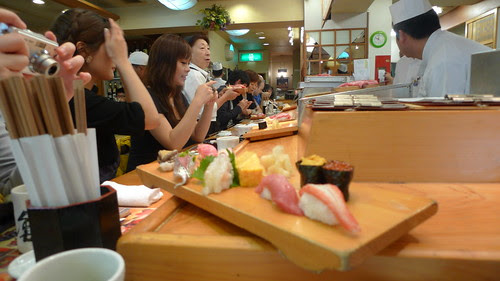 The sushi, unsurprisingly, was so good that when I bit into it, its heavenly taste exploded ecstatically in my mouth, and I didn't want to swallow it.

So rapturous was the experience that we ordered some more salmon sushi (which was a mistake, since the shop's specialty is tuna, but still, the salmon's good) 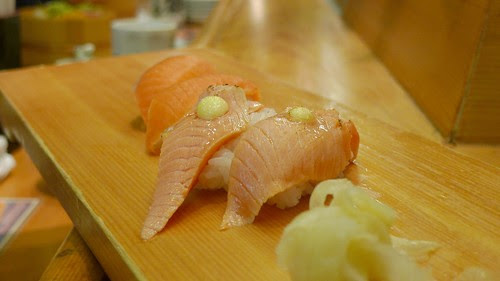 Then we stopped by at the Tsukiji Hongan-ji. 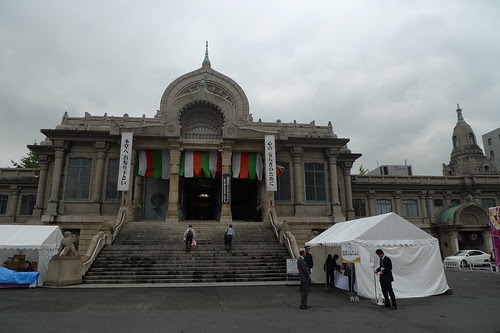 Went in to have a look and turned out that a Buddhist ceremony was just starting.

After that Yuan Yue went to meet up with friends at Harajuku for lunch, while I returned to my editing lab to do some tweaking with my new film AFTERNOON RIVER, EVENING SKY (I'm a workaholic).

In the evening I met up with her again and we went to Odaiba. A friend of mine, Kou-san, who lives in Odaiba, joined us for dinner and showed us around. After all, it was Mid-Autumn Festival as well, a supposed celebratory lunch between the Chinese members of the film department that she (Kou-san) was going to was canceled (I was supposed to go too, and had intended to bring Yuan Yue there, but the last-min cancellation led us to change our plans to eat at Tsukiji instead).

I myself do have some sentimental attachment to Odaiba, probably because I like viewing the city scenery at night from the island. 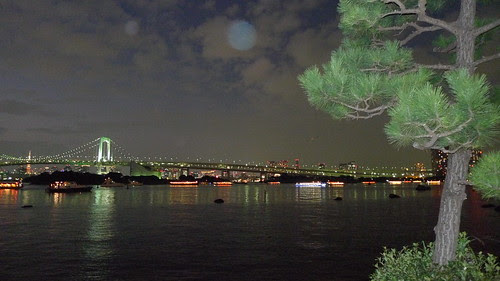 Having never visited the VenusFort shopping mall, Kou-san brought us there to have a look. I then realized that that's where the Odaiba Ferris Wheel is. And the glowing moon, when it peered through the interfering clouds, was unsurprisingly round. 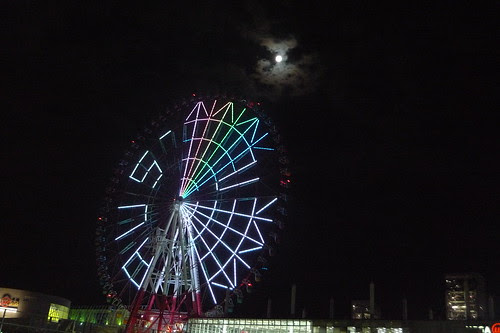 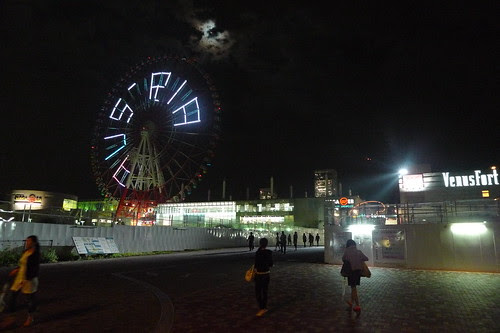 In the VenusFort shopping mall. This amused me. 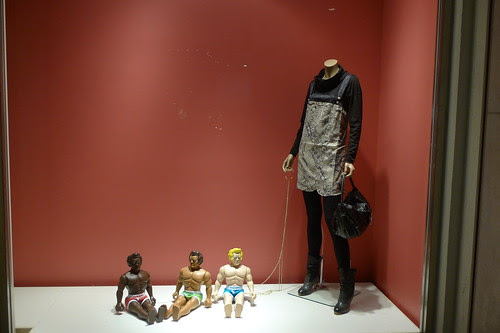 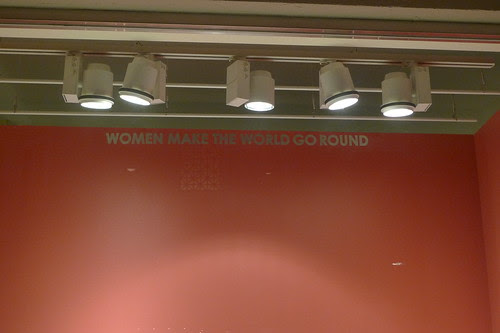 When it was nine. We left.