8th of February. After resting for a night, I immediately headed off to the new GREENLIGHT PICTURES office in Shah Alam for a meeting with Ming Jin. Actually, we are going to prepare for another film shoot over the next few weeks, and you'll be hearing a lot about our project soon.

This is the new office. 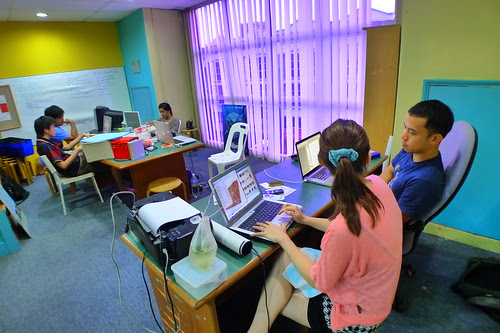 That's Ming Jin and his wife Tomoko. Kenny, assistant cinematographer of LOVE SUICIDES and one of the two cinematographers of my yet-to-be-released new short AFTERNOON RIVER EVENING SKY, is now working in the office, and we have two interns too. 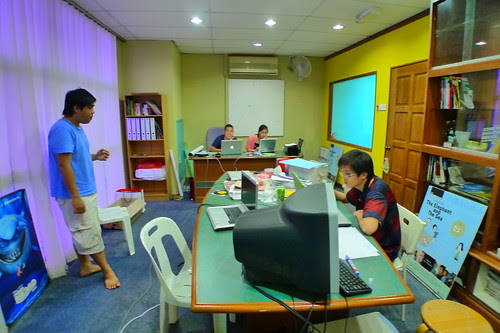 After that Ming Jin dropped me off at the Batu Tiga train station.

The sun was already setting. 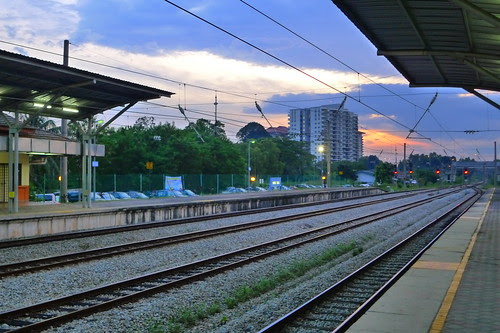 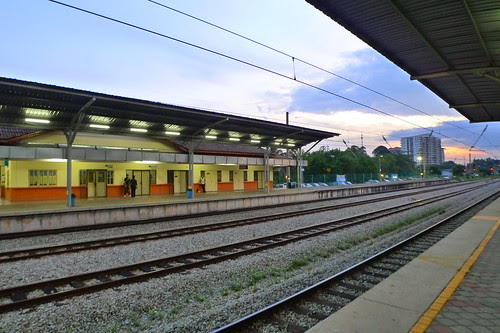 A cargo train passed by. 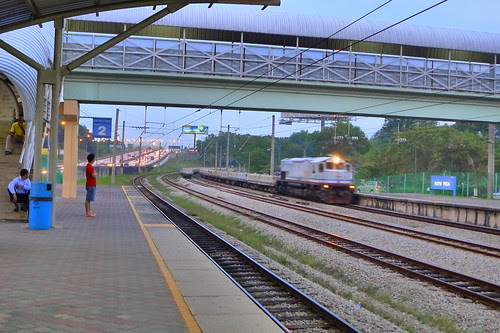 The annoying thing about KTM trains is that, there's only one train every 15-20 minutes, so the wait is quite long. I guess I've been pampered by the train service in Japan. 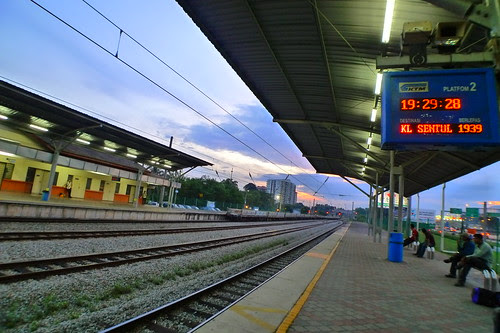 And so we waited. 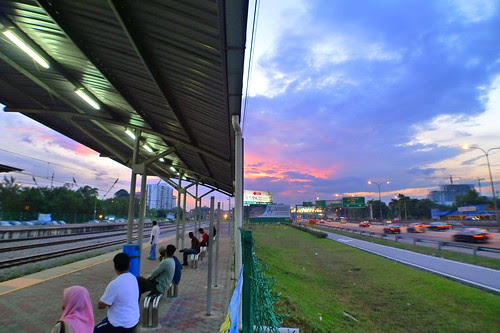 Behind me, under the darkening purple sky, cars streaked past illuminated buildings. 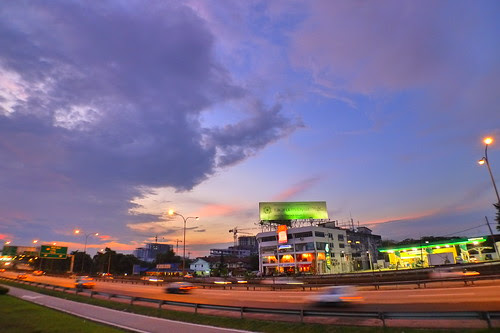 Unsurprisingly, the train, which was scheduled to arrive at 7:39pm, had yet to arrive at 7:40pm. A common occurrence. But the train would arrive 2-3 minutes later, so it was a relief. 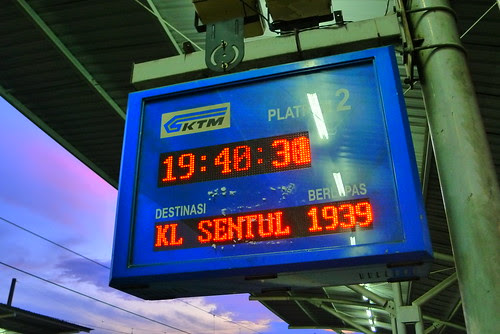 I remember last year during the shoot of AFTERNOON RIVER in Klang, the train I was waiting for with my cast and crew was more than half an hour late. So I went to the train station's office to see what's going on. The woman in the office, instead of answering my question, realized she had more important thing to do... like whining and bitching about me stepping into the office when it was 'only for staff members'.

I'm glad to see that our country will always have people like her who is always so aware of her company rules. Good work, woman. I almost vomited in my mouth.

I entered the train. 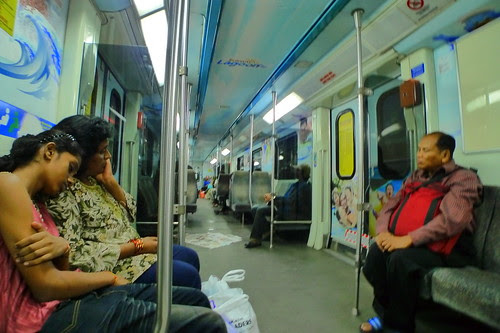 Arrived at Subang Jaya station a short while later. 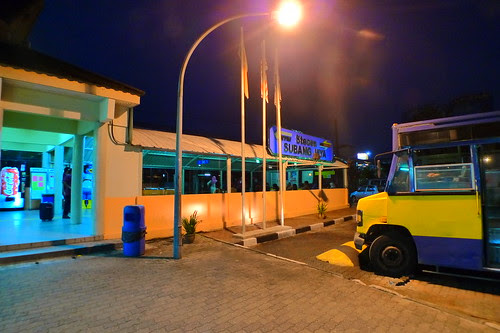