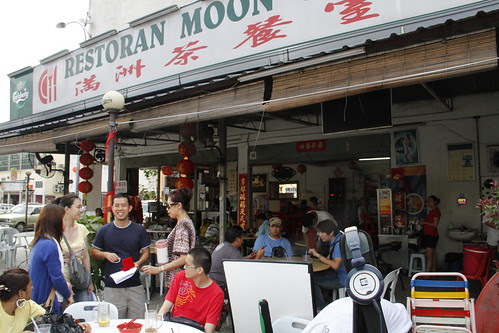 We also shot some scenes in a car. It was an intense car chase scene with lots of explosions. But that was only in my imagination. 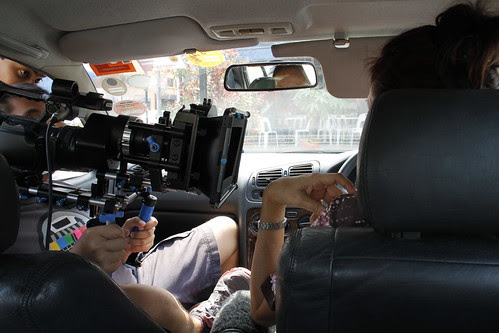 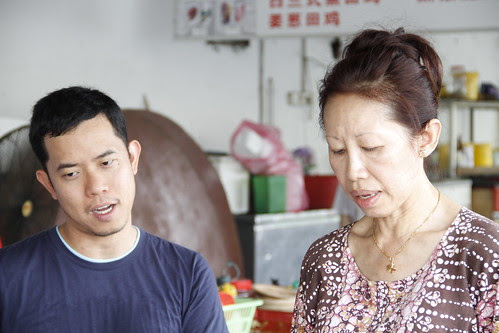 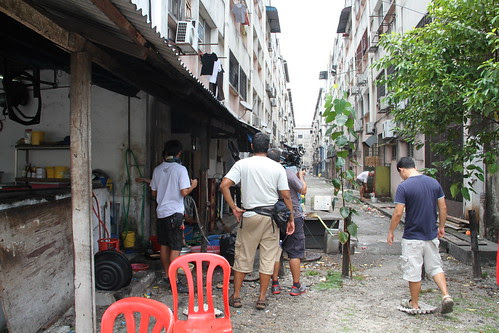 While waiting for the shoot, Pearlly chit-chatted with the Moon Chew lady boss. 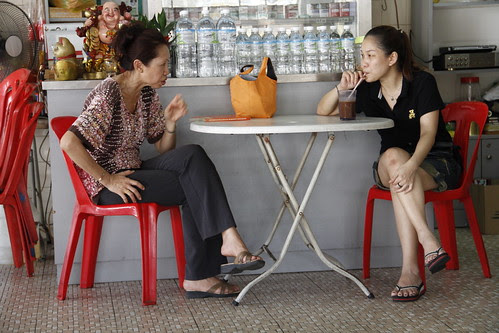 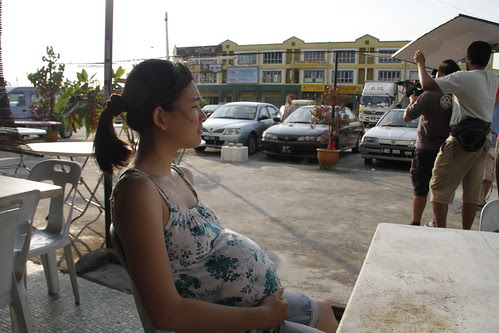 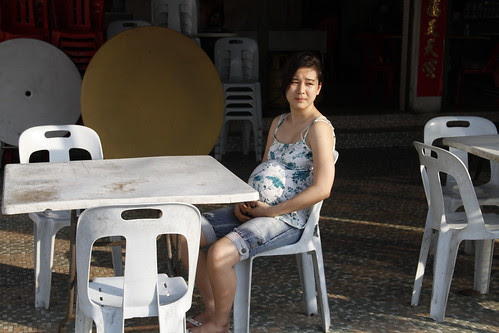