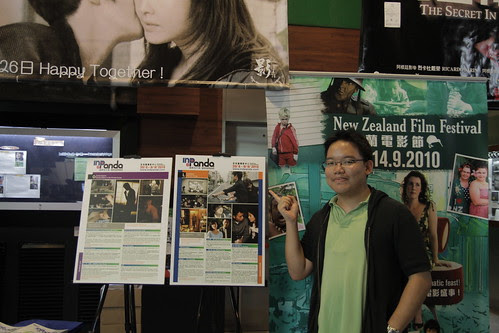 me pointing at the WHITE FLOWER still

Leaving from Hong Kong to Guangzhou the day after the world premiere of THE WHITE FLOWER left me Twitter-less, Facebook-less, Youtube-less and Blogger-less, hence the lack of updates.

So, back to the screening of THE WHITE FLOWER. On the night of the 26th, I finally got to screen my experimental THE WHITE FLOWER to the public at the Broadway Cinematheque. 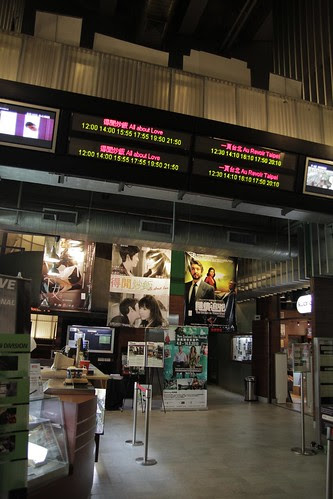 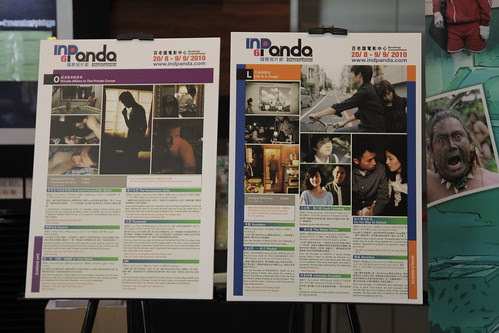 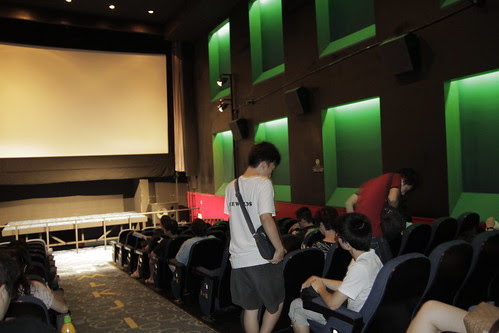 Aside from my film, there were six other short films in the program, Hiroko Iwasa's experimental short, SANDATSU, my friend Aditya Assarat's PHUKET, which starred the yummy Korean star Im Su-Jeong (the elder sister in TALE OF TWO SISTERS and the 'cyborg' in I'M A CYBORG, BUT THAT'S OK). PHUKET premiered in Pusan last year as part of the Sawasdee Bangkok omnibus film, but I missed it, good to catch the segment here. The two comedic Spanish shorts by Koldo Almandoz and Telmo Esnal, DUCK CROSSING and INFLATABLE GRANDMA, were pretty funny. I was glad the short films programmed weren't all stuff of gloom and doom (... like mine). The Korean short by Kim Gi Hyun, ON HIS WAY TO SCHOOL, has some really poetic visuals, while Kiwi Chow's SENSITIVE, the "hometown" representative of the night, featured really strong performance from the pretty lead actress.

Kiwi and I were around for the Q and A session. The question and answer was conducted entirely in Cantonese since I speak it too. Unfortunately, I don't think there are any photos taken during the session. Gah.

After that we left the cinema, Jonathan the co-Festival Director brought me and dad, along with Singaporean filmmaker Wesley and his sister, to a place at Causeway Bay for supper.

Walking past Temple Street at night, I think of the many Hong Kong gangster short films I've seen. 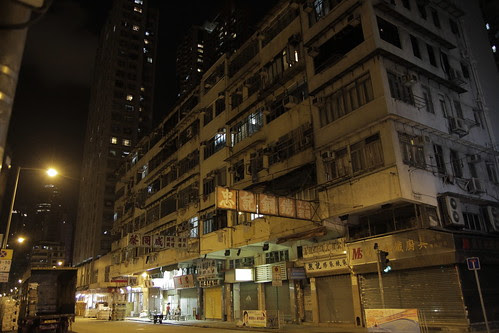 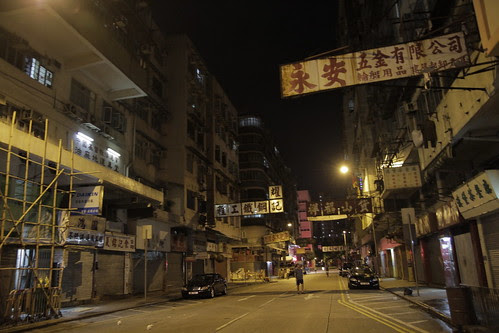 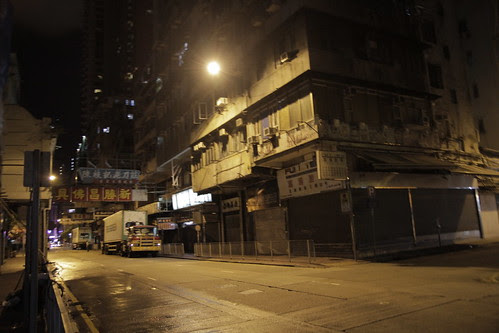 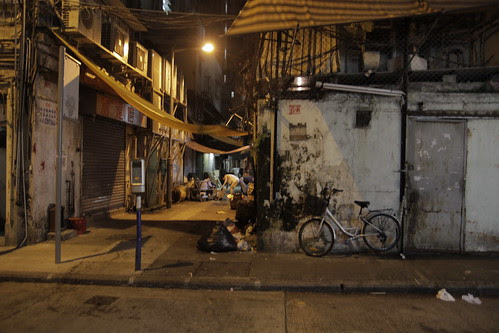 Co-Festival director Henry and another Singaporean filmmaker Michael were at the Cha Chaan Teng waiting for us. We had dinner together. 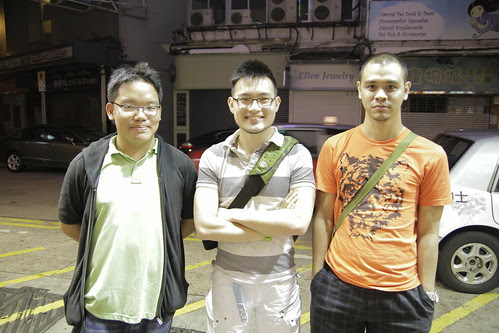 Wesley reminds me of my regular cinematographer Lesly Leon Lee.

The next morning dad and I had breakfast with the two festival directors at the Luxury Coffee Cha Chaan Teng near my hotel. 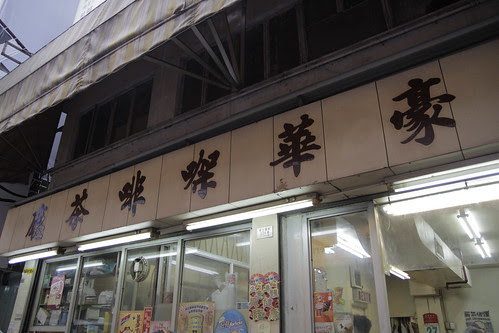 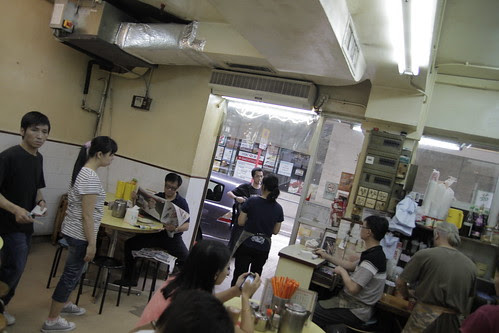 The French toast was heavenly. 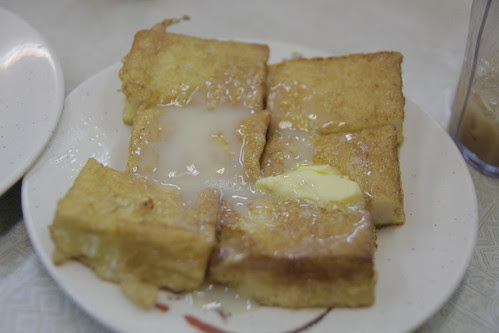 After that, we left the hotel. As you can see, it has a really retro look. 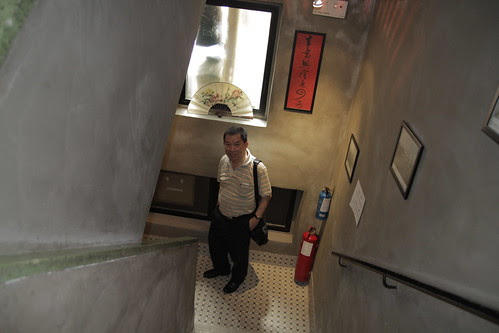 We then took the train to Guangzhou.