On a Christmas Eve, I had some delicious food at a place called Hana Hana in Shibuya. The food was delicious. 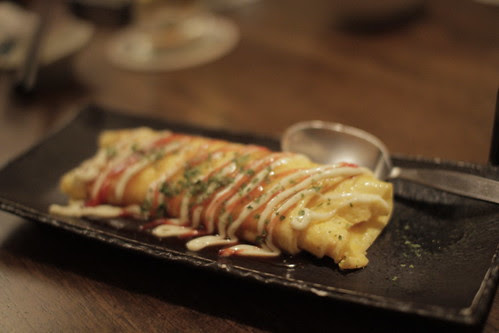 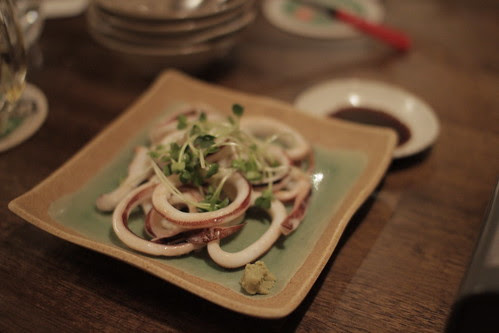 But the main course is this hot pot of (slightly) spicy soup and pig intestines, which, in Japanese is called the 和牛ピリ辛モツ鍋. 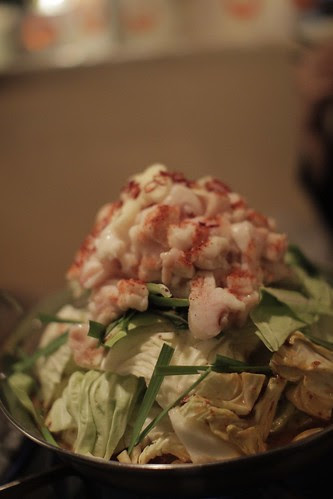 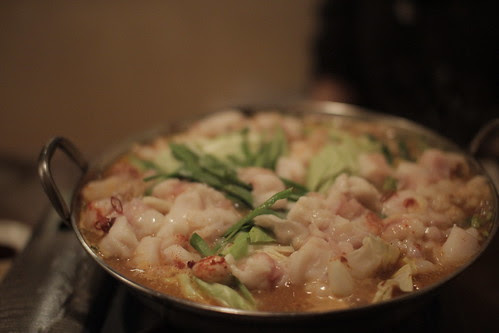 Food was so delicious that until now, 2 days later, it still lingered. Ahhhhh.

After that we headed off for some bowling.

We crossed the Shibuya Crossing and encountered a couple of carolers.

And a girl with a reindeer mask handing out coupons. 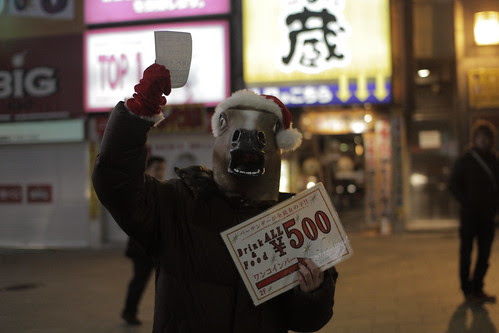 We entered a psychedelic bowling alley and had intense games of bowling. There were four of us.

Kan Takashima the actor (whom I worked with in my short film EXHALATION) was a great bowling player. 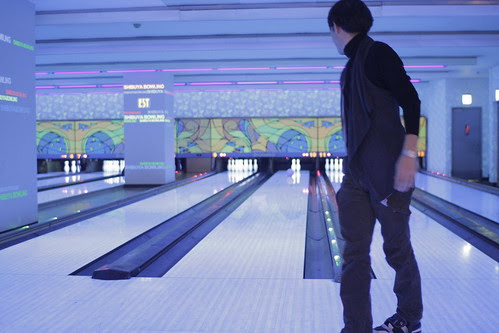 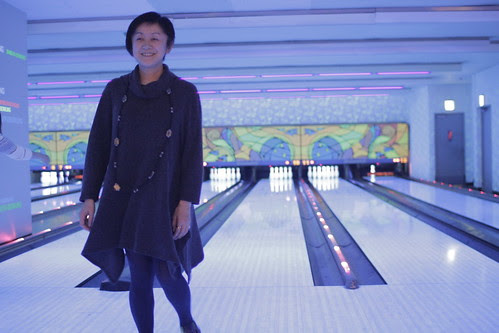 Then here's the actress Makiko Watanabe (you may recognize her for her performances in films like Sono Sion's LOVE EXPOSURE as the stepmom, or in Naomi Kawase's MOURNING FOREST, or Takashi Miike's ZEBRAMAN). 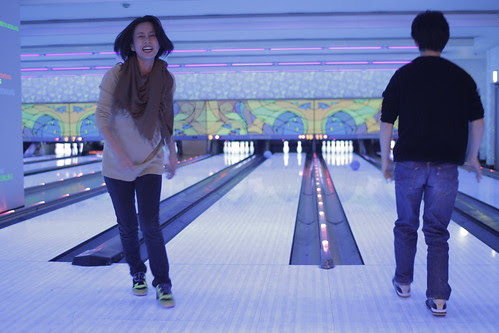 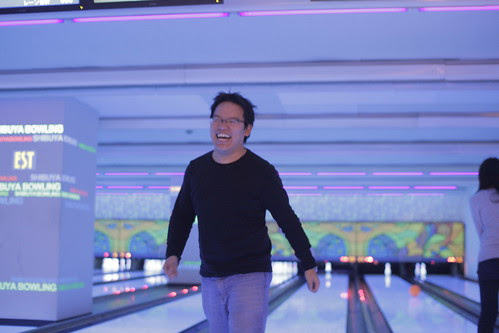 That's probably the most unflattering photo of me in this blog. Ever.

(Anyway, most of the bowling matches were supposedly shot on video, but since I don't have a Mac and a Final Cut Pro with me, I can't do any editing. I'm currently downloading a number of free editing softwares for my laptop (I use a PC) to try out. So, perhaps that will be a bowling video... soon.)
Email Post
Labels: Naomi Kawase Sono Sion