It all started when I arrived at Tokyo after my somewhat lengthy Eurotrip.

I was in a bus from the airport to Shinjuku. As I was arriving, I saw through the window, a young girl carrying a kickass looking camera and taking photos at the streets. The bus stopped, I got out, dragged my luggage with me and tried looking for the girl. She was still there, I started asking about the camera.

She spoke fluent English and told me she was using a Mamiya RZ67. 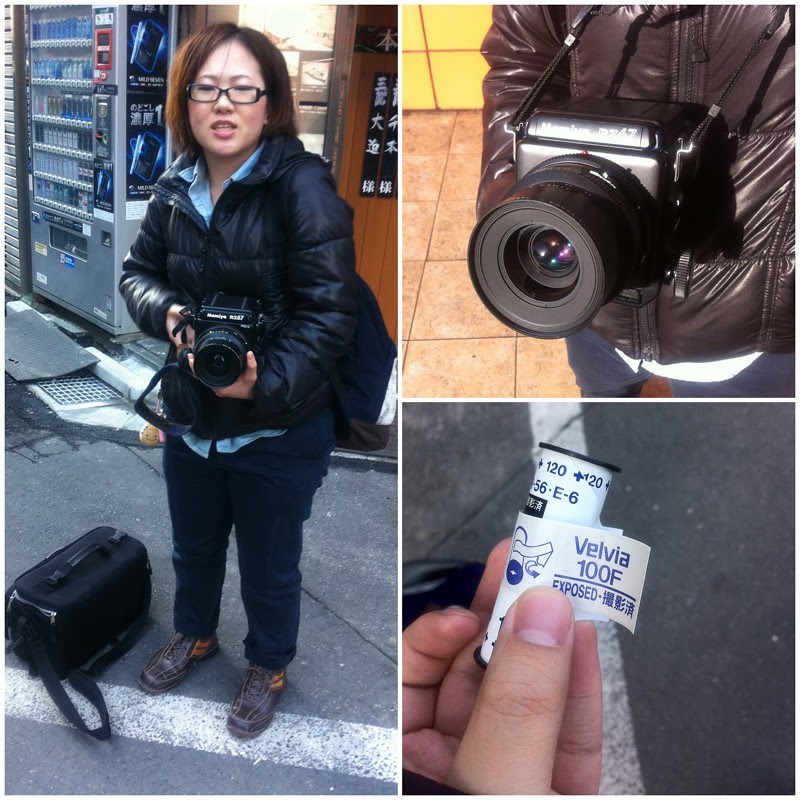 She led me to a shop nearby, it was called Map Camera. I looked at the prices and frowned a little.

I saw an older line of camera called the Mamiya RB67. Slightly cheaper, yet I continued making mental calculations.

It was an educational trip. The girl allowed me to play with her camera, snapped a few photos, then she politely asked to take a portrait of me, I'm a shy and humble man, but I couldn't say no. After that, I thanked her and hurried off with many things in my mind.

Fast forward a few days when I suffered the lingering effects of food poisoning and diarrhea (happens all the time whenever I return from France). It was a depressing period, I was unable to finish meals and such, very surreal.

Imagine, you've been called fat your whole life, looked upon with disdain by shallow women, ignored by girls in high school (who outrightly rejected your painstakingly-prepared birthday gift). The only comfort you have is well, delicious food, cos delicious food don't tear your heart to shreds and leave a gaping hole in your soul for nearly a decade and define the memory of your own youth.

"And I cannot even finish a small bowl of ramen???" I stared at my unfinished bowl of ramen in disbelief (I usually order the large size)

"I cannot even finish a burger in McDonald's??" I stared at the tiny Japan-only limited time-only Miami burger (I usually devour a Double Quarter Pounder).

It was horrible. I was unable to finish the nice bento sold by the elderly couple close to my lab.

I fell into existential despair, spiraling into angst. I waited for phone calls that never came, I glared angrily at lovey dovey photos on Facebook, I tried flinging some Angry Birds around.

Yet the melancholy remained, even though I was meticulously coordinating the beginning of a new short film shoot via Facebook chat and Gmail.

And this is where the Mamiya cameras return to the narrative of this blog post. I was looking for props. Old school cameras that look cinematic, and the young girl in Shinjuku provided the answer. How funny, I usually would have taken the Narita Express to Shinjuku instead of a bus. And that would have deprived me the chance of seeing her and learning about the camera...

Yesterday, I rushed off to the famous Fujiya junk shop in Nakano to hunt for junk. I ended up really finding a RB67. I bought it. The body was cheap, but I had to buy various parts to put it together too. I ended up spending... Well, perhaps a third or quarter of what a working second hand RB67 would have cost. My spirits lifted a little as I started playing with it. 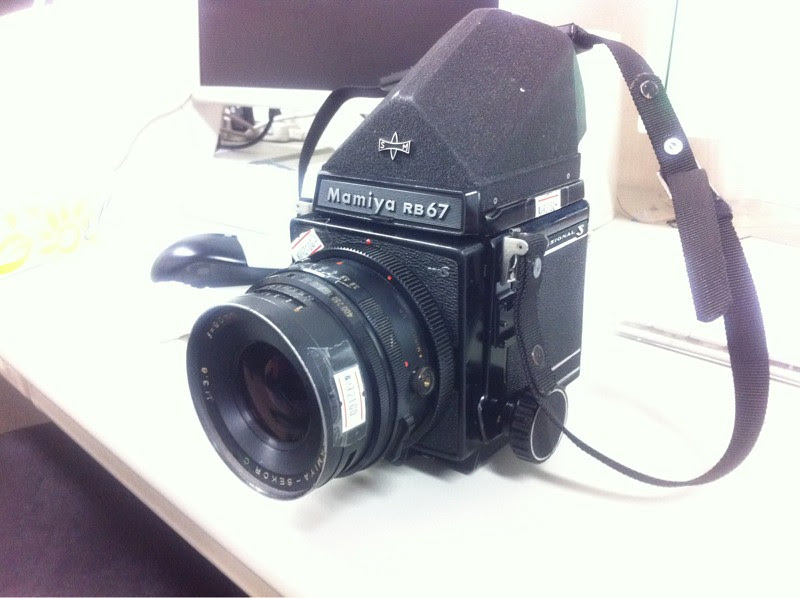 "You look great." I said to the camera in a gentle tone that I heard often during my secondary school years when girls were trying to relieve themselves of my oh-so-cheery presence ("oh, I'm sure the epic scifi script you wrote is nice, but I have other better things to do, like reading Sweet Valley High while fantasizing myself liplocking with the studly Chee Seng of class 5s2, he's so knowledgeable, his favorite band is Korn *squeals*)

I then headed off for dinner and found myself happily finishing the meal. I actually enjoyed its taste!

Moon Lai the Tiger Factory actress appeared on Facebook chat a few hours later. I was still in my editing lab playing around with the junk camera while watching THE GIRL WHO PLAYED WITH FIRE (the second Lisbeth Salander film).

Up until just now, I had been feeling rather grey. I typed to her. But now...plotting and scheming a new film.

I went on to open a bag of potato chips.

I
Will
Have
The wor-